Time for a change of gear, I think. Curnow’s and Baxter’s poems seem designed to wrestle with the big questions, to provoke that “You must change your life” epiphany Rilke got from his Archaic Torso of Apollo. There’s a sense of mission about both of them as writers. They knew that whatever they said would be pored over and attended to, which can lead to a certain attitudinizing – what Chekhov referred to as living “on stilts.”

Not so our next poet. Chekhov said of his new type of theatre: “Let everything on the stage be just as complicated and at the same time just as simple as in life.” Cilla McQueen’s first book Homing In (1982) displayed the new sensibility beginning to appear in New Zealand poetry.

On the one hand, there’s clearly the influence of the women’s movement. Poems such as “Timepiece” show an intense consciousness of the value of the domestic and local, hitherto somewhat repressed in our writing (with the exception of Janet Frame’s fiction and the poems of Mary Stanley and other women poets, or – especially – short story writers).

On the other hand, there’s the fact of distance. Though her family moved to New Zealand when she was four years old, Cilla McQueen was born in Birmingham, which – rather bizarrely – still qualifies her as something of an outsider to local notions of nationality. The fact that she has mostly made her home in Dunedin (and, latterly, Bluff), also gives her a distinctly southern perspective on the idea of what it means to be “living here.” Homing In, then, is anything but a throwaway title:

How can I convey just how provocative an opening that is to Kiwi sensibilities? Sheep, for God’s sake! If you only knew how sick we are of hearing how many sheep there are in New Zealand, how disproportionate the ratio of sheep to people, etc. Until the Lord of the Rings came along, it was pretty much the only thing anyone could find to say about our strange little country. 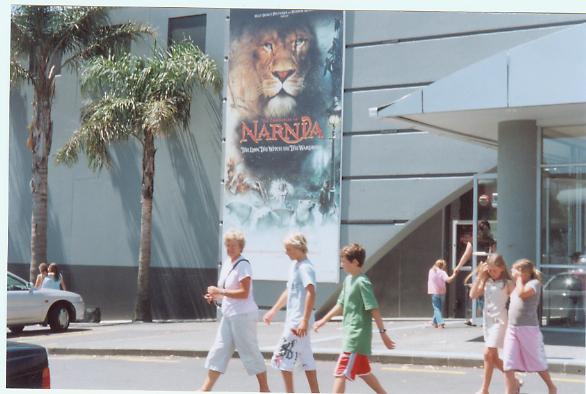 That “well”, to start off with, is so deliberately conversational and informal, so clearly not a manifesto designed to be delivered “on stilts”. The use of the second person (“you have to remember”), too, couches all of what’s to come in the form of instructions to an out-of-towner, an outsider. That also qualifies as a direct affront to our taboos. Like most provincial societies, we’re thin-skinned and sensitive to criticism. What we particularly hate, though, is any kind of internal criticism directed towards the outside world – “keep it in the family” is practically our national motto.

we all know we’ll probably
be safe when the Indians finally come
down from the hills           (comfortable to live
in the Safest Place in the World)
sheep being
very thick and made of wool and leather
being a very effective shield as ancient
soldiers would agree.

If you want to be cutesy about the sheep, that’s fine. We can probably tolerate that, under the circumstances. That next bit is getting a bit too close to the bone, though. “When the Indians finally come / down from the hills.” What is this, Fort Apache?

No family likes to wash its dirty linen in public, and Cilla McQueen’s poem shows, here, a disposition to do precisely that. The 1970s were a rather bitter time of awakening for New Zealand (as no doubt they were for the rest of the world). The “Angel in the House” was demanding vociferously to be taken seriously outside as well as inside the home – and the myth of New Zealand’s harmonious race relations was finally being laid to rest.

Our particular version of “Indians” – the Maoris – had indeed been dispossessed, and the pretence that sufficient restitution had already been made for the ills of the past, and that “colour-blindness” was the distinguishing characteristic of our society, was an increasingly untenable position.  Cilla McQueen’s first husband, Ralph Hotere, probably the most distinguished Maori artist of his generation, collaborated with her on a number of highly politicized works at this stage of her career, so the sting in that crack about “the Safest Place in the World” is certainly intended to draw blood.

There’s a certain air of Mrs. Tiggy-Winkle about this part of the poem – so what if all those sheep had been hedgehogs? It’s not really quite as frivolous as it seems, though, when you conflate it with the Indians waiting in the hills. They’ve got to come down sometime, and when they do it won’t be to say hello …

That’s pretty much a reprise of Curnow’s critique of our blinkered lack of vision, supplemented by Baxter’s raw indignation at the longer-term effects of “Pig Island” (his name for NZ) complacency.

More of us than one might expect, perhaps, feel this loneliness; but one does have to acknowledge the inhibition against simply calling out to each other – the fear of being conspicuous, of standing out in any way from the herd. The tall poppy syndrome, we call it – after that Ancient Greek dictator who walked through a field of flowers lopping off all the tallest stems, when asked to give a lesson on statecraft.

McQueen’s poem concludes with some remarks on “our particular relations / with the landscape,” which we:

Hers is a poem which is unafraid to probe those weaknesses, identify those no-go areas. It treads on toes because the atmosphere here, buy the end of the 70s, had got so claustrophobic that one virtually had to provoke in order to be heard.

“Living Here,” then, is a “state-of-the-nation” poem insofar as it very clearly and deliberately sets out to provide a barometer reading on local conditions for an imagined audience of onlookers (“you have to remember”). In tone, it might seem a million miles away from the high vatic of James K. Baxter, or the theophanic of Allen Curnow. It’s nevertheless interesting to see how closely McQueen echoes the endings of both the earlier poems.

Curnow finishes on the image of a “gannet impacting” which explodes “a dozen diverse dullnesses / Like a burst of accurate fire” – a somewhat militaristic analogy for the “psychic cleansing” he requires of us.

Baxter moves away from the violence of that conclusion to the more ecumenical concept of a place, the meeting house, so holy that it can literally bring the dead back to life:

When they brought the dead child into the meeting house

This rather sentimental notion of the indigenous culture as potential saviour of its own colonisers is not so much contradicted as nuanced by McQueen, whose own poem looks finally for comfort to:

any wrist-brush
cut of mind or touch of music,
lightning in the intimate weather of the soul.

So, while she too ends on an unequivocal “flash, a trumpet-crash” (as G. M. Hopkins put it), this time the image has been scaled down to inner weather – no more firing squads or Pentecostal Raptures. 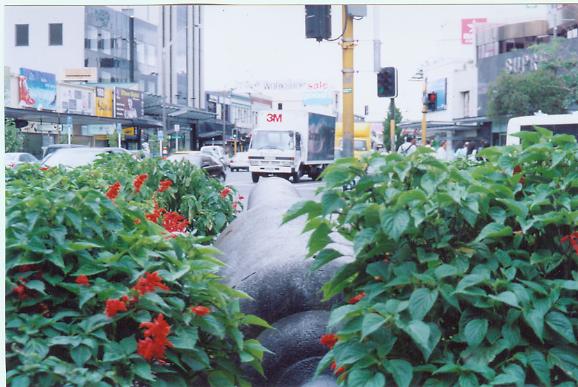