Dancing on ropes with fetter’d legs

I went to an interesting paper at the Literature and Translation conference in Melbourne last year. The presenter was attempting to contrast two English versions of Rilke’s Sonnete an Orpheus, by (respectively) Don Paterson and Stephen Cohn, in terms of Dryden’s famous triad of metaphrase, paraphrase and imitation.

All Translation, I suppose, may be reduced to these three heads:

First, that of Metaphrase, or turning an Author Word by Word, and Line by Line, from one Language into another. ...

The second way is that of Paraphrase, or Translation with Latitude, where the Author is kept in view by the Translator, so as never to be lost, but his words are not so strictly follow’d as his sense; and that too is admitted to be amplified, but not alter’d. …

The Third way is that of Imitation, where the Translator (if now he has not lost that Name) assumes the liberty, not only to vary from the words and sence, but to forsake them both as he sees occasion; and taking only some general hints from the Original, to run division on the Ground-work, as he pleases. …

The problem was that the presenter spoke no German, and while I think we were all interested in the distinctions he was making, the moment he descended to cases his ignorance of the language betrayed him. Examples he would try to give of excessive literalism in Cohn’s version were often (at least in my view) quite loose paraphrases of the original. The creative transmutations he claimed to detect in Paterson were, by contrast, often bald restatements of Rilke’s German.

The question and answer session was, as a result, somewhat frustrating to all. I was curious to know why he’d chosen those particular versions, and not (for example) J. B. Leishman’s or C. F. MacIntyre’s. The answer was that those were the only two translations he’d read. While I’m sure we all agreed that it should be possible to do an interesting reading of a translation in isolation from its original, this seemed too literal an approach to be really useful.

Dryden’s preface, after all, goes on to specify that “No man is capable of translating Poetry, who, besides a Genius to that Art, is not a Master both of his Authors Language, and of his own.”

The recent launch of a special translation issue of the Auckland University online poetics journal Ka Mate Ka Ora has prompted me to think a bit about its importance – or rather lack of importance – in New Zealand poetry.

The issue includes translations and commentaries from Chinese (by Hilary Chung), Dutch (by Fredrika van Elburg), French (by Pam Brown and Jane Zamiro), Old French (by me), German (by Andrew Wood), Ancient Greek (by Ted Jenner), Italian (by Laurie Duggan), Latin (by Tom Bishop and Steve Willett), Polish (by Murray Edmond) Russian (by Jacob Edmond and Cilla McQueen) and Spanish (by Marty Brooks). It also includes a translation (Imitation?) into Polish of a poem by local poet Vivienne Plumb.

That’s quite a range of languages: 11 in all (by my count, at least). You’ll note that there are no translations from Maori or other Oceanic or Pacific languages represented – except in the journal’s title, which references Te Rauparaha’s famous haka (as explained by Robert Sullivan in issue 1).

I guess it would confirm to me that New Zealand poets have a lot of cultural and linguistic traditions to call on. Why, then, isn’t translation more important to us? Is it just one more of those things we expect to be done better overseas?

I can think of a number of books which have raised the issue over recent years. 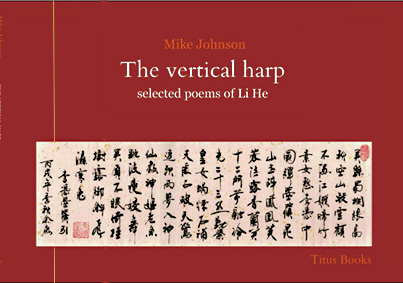 I guess, on the one hand, there’s the question of linguistic proficiency. Mike Johnson speaks no Chinese, and yet he has produced what I think would have to be called a paraphrase – rather than a metaphrase or an imitation – of the Chinese poet Li He.

The same applies to Kendrick Smithyman, whose versions of the Italian modernists I edited in 2004, and was happy to see reissued, with an introduction by translation scholar Marco Sonzogni, in Italy last year.

I was particularly glad to see it reach a second edition because it implied Sonzogni’s tacit support of my belief that Kendrick’s poems from the Italian are indeed good – worthy, in fact, of being read by an Italian as well as an English-speaking audience. Knowing a language too well can, after all, be overwhelming to a poetic translator. In attempting to reproduce the particulars of a poem “the Verbal Copier is incumber’d with so many difficulties at once, that he can never disentangle himself from all” (as Dryden puts it):

He is to consider, at the same time, the thought of his Author, and his words, and to find out the Counterpart to each in another Language ... ’Tis much like dancing on Ropes with fetter’d Legs: A man can shun a fall by using Caution, but the gracefulness of Motion is not to be expected.

Then there are the translations of New Zealand poems into other languages. This is a piecemeal process, but I’m aware of two pretty extensive examples to date, into (respectively) French and German: 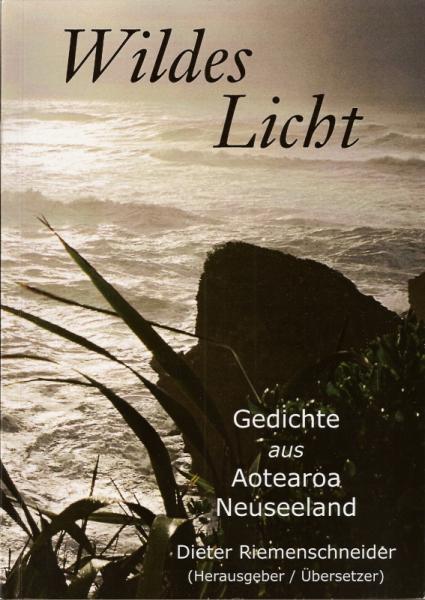 It is, I think, a sad tribute to our predominantly monoglot system of education that neither of these publications has been seen as much more than a curiosity in local eyes. I guess that the individual authors feel flattered to be selected for translation, but few of us are in a position to judge how well or badly the task has been performed (very well indeed, in the case of Dieter Reimenschneider, I would hasten to add).

What else? Well, it really does surprise me that more fuss has not been made by New Zealand poets over the definitive publication of the massive body of traditional Maori songs begun by Sir George Grey and completed by scholar and statesman Sir Apirana Ngata. This collection was reprinted in a revised and updated form, with new versions of previously untranslated material, by Auckland University Press, between 2004 and 2007. It’s recently been supplemented by a one-volume introduction  to the entire collection. 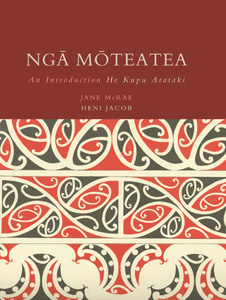 It’s true that some of the older translations in these volumes are fairly stilted. The fact that they’ve been republished with new recordings, on CD, of the traditional chants, should in itself be fascinating to us. It’s as if a New Zealand Iliad or Kalevala were to come out from the press without any particular fanfare. Were we all too busy arguing over the latest slim volume of clipped, ironic lyrics?

This new issue of Ka Mate Ka Ora is an excellent start, I feel, but New Zealand poets (and publishers) have to work a bit harder to jolt themselves out of their “English-is-the-one-world-language” rut, I feel. Why should translation projects be such a drug on the market? What does Dryden say?

I take Imitation of an Author … to be an Endeavour of a later Poet to write like one, who has written before him, on the same Subject: that is, not to translate his Words, or to be Confin’d to his Sense, but only to set him as a Pattern, and to write, as he supposes that Author would have done, had he liv’d in our Age, and in our Country ...

Both Mike Johnson and Kendrick Smithyman seem to have discovered new aspects of themselves by looking through the eyes of foreign language poets. It’s simply not true to the reality of modern New Zealand for our writers to imply that we only speak and understand one language here.