The following is a brief survey of four projects — The Tolerance Project, Project Rebuild, endpipe line and The Apostrophe Engine — that either use a website as an interactive forum of collaborative work or collaborate with the web itself to generate work.

The Tolerance Project, coordinated by Rachel Zolf, was a collaborative MFA in creative writing (completed in May 2011) to which eighty-six writers and artists donated their poetic “trace” or “DNA” to compose The Tolerance Project Archive. Each poetic DNA in the archive was then assigned a barcode and all the poems composed for the MFA, and posted on The Tolerance Project blog, used only the content that could be found in this archive. Each poem is accompanied by a list of barcodes, which then function as portholes to the various poetic DNA used to compose the poem. In many respects, a MFA in creative writing can be said to be an economic endeavor. One exchanges money for instruction on “how to write” and also for the hope of consequent access to a position as an instructor of creative writing, perhaps in another MFA program. Zolf turned this economy into a gift economy of poetic exchange, challenging ideas of authorship and voice within the institution of a creative writing workshop.

Another online collaborative renovation is Project Rebuild constructed by Sachiko Murakami, who asks “what is a poem but a rental unit of language?”. Project Rebuild began with a single poem about the Vancouver Special, a particular type of housing built in Vancouver throughout the 1970s and prevalent today in most of its neighbourhoods. Murakami then asked other writers to renovate this initial poem, and now through the Project Rebuild website, anyone can renovate any of the poems on the website and any of these renovations can then be constructed, repainted, redesigned or demolished again and again. Project Rebuild is a poetic neighbourhood, turning suburban sprawl into poetic sprawl.

Sachiko Murakami’s first poetry collection, The Invisibility Exhibit (Talonbooks, 2007), evoked the “Missing Women” of Vancouver’s Downtown Eastside. Rebuild (which includes the initial poems of Project Rebuild) is coming out in September 2011. She lives in Toronto. 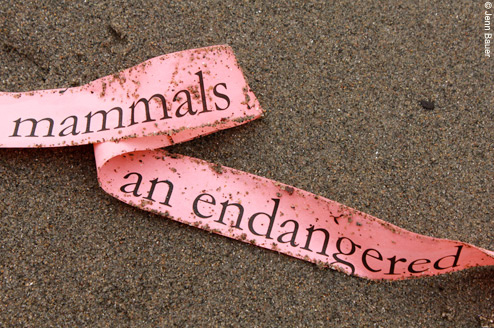 The endpipe line, spearheaded by Christine Leclerc is a project of poetic activism. Conceptualized as a response/ resistance to Enbridge’s Northern Gateway Project proposal to build two pipelines that would transport oil from Bruderheim, Alberta to Kitimat, British Columbia, this poetic line began in the fall of 2010. It had an initial goal of reaching 1,173 km of collaborative poetry, poetry that would speak to the pipeline project, as well as the ecosystems and communities that would be affected by the project, but has vastly surpassed that goal and is currently at 47,082.876 virtual km and growing.

Christine Leclerc is a Vancouver poet and activist. Her first book, Counterfeit came out from Capilano University Editions in 2008. (Photo by Jenn Bauer) 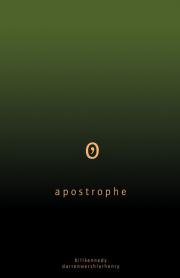 The Apostrophe Engine is a website created and operated by Bill Kennedy and Darren Wershler. Its homepage hosts the poem “apostrophe,” written by Kennedy in 1993, where each line of the poem, an extensive composite of “you are…” statements, is a hyperlink. By clicking on any line, The Apostrophe Engine will get to work and search the web for statements that start with “you are…” to generate a new poem, where each new line is a hyperlink. Although the website is currently in technical rehabilitation, a print version, apostrophe, was released in 2006 by ECW Press.

Bill Kennedy was the artistic director of the Scream Literary Festival (Toronto) from 1993 to 2011 and runs Stop14 Media, a new media consultancy. Update, a sequel to apostrophe, also written with Darren Wershler, used Facebook status updates as its source material and was released by Snare Books in 2010.

Darren Wershler’s books include nonfiction Guy Maddin’s My Winnipeg, poetry the tapeworm foundry, as well as books on technology and culture including Internet Directory 2000 (cowritten with Scott Mitchell) and Commonspace: Beyond Virtual Community (cowritten with Mark Surman). He teaches at Concordia University in Montreal.