In speaking on some aspects of translation, Roman Jakobson wrote that “poetry by definition is untranslatable. Only creative transposition is possible: either intralingual transposition—from one poetic shape into another, or interlingual transposition—from one language into another, or finally intersemiotic transposition—from one system of signs into another.” The 85 project, by Claire Huot and Robert Majzels, engages in all three kinds of transposition (a placing across) as it investigates the reception of the Chinese language and culture into English through various poetic and multi-media platforms. The 85 project involves many layers of transference and is in constant movement: from Chinese texts to literal character-for-word translation; from these translations into 85 English letters and visual poems; from the visual poems to the reading of those poems by others or to multi-media enactments, to a website and even to furniture.

The 85 project began with translations from the Hebrew Torah’s Song of Songs, then explored classical Chinese poems from the Tang Dynasty (7th-10th C.E.), as well as a series by a female poet Xue Tao, a 17th century hermit Bada Shanren and some translations based on The Quotations of Chairman Mao.

The 85’s refute the concepts of fluidity, faithfulness, fluency, domestication, transparency, accessibility—concepts which are still prevalent today in much of the translation that is undertaken in North America. Instead they hover in-between translations and original creations, visual artworks and poetry, performances and installations, print and digital renditions, and their approach to language and to the reception of a language and culture is dissident, nonlinear, performative, open-ended, material. We cannot encounter the 85’s simply as readers; the works themselves demand that we engage and participate in their coming into being and, through this participation, experience the disjunct and the uncomfortable, yet productive, confrontation with another language and culture. For example, you can watch Christian Bök or Anna Taven attempt to mouth after Li Bai’s “Common Autumn Song.” Or you can record your own attempt of this work or any of the other 85’s and upload it to the 85 website. 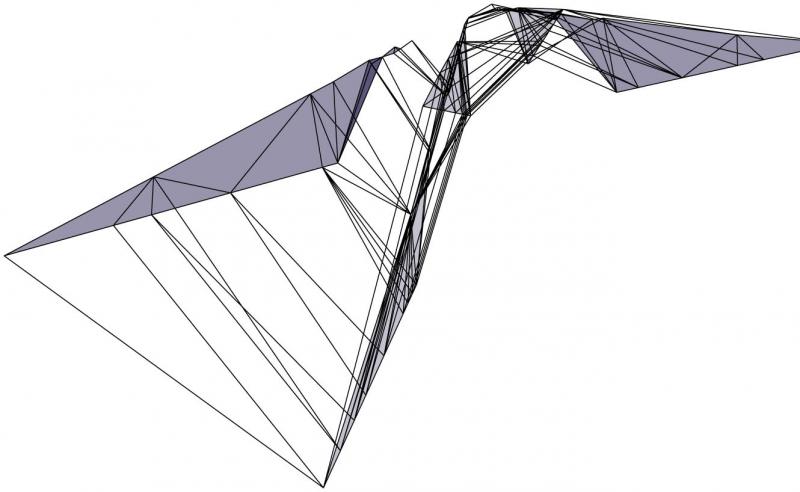 A more recent transference of the 85’s is being done by Nathan Tremblay who has translated the Tang poems into shapes using algorithms based on the number 85 and the specific identifying number of each poem in the complete collection of 42 863 Tang Dynasty poems, which are collected in 900 volumes and numbered. By manipulating the shapes emerging from the algorithms, Tremblay has designed odd-shaped benches on which the viewer can sit while reading the 85 visual poem hanging or projected on a wall. 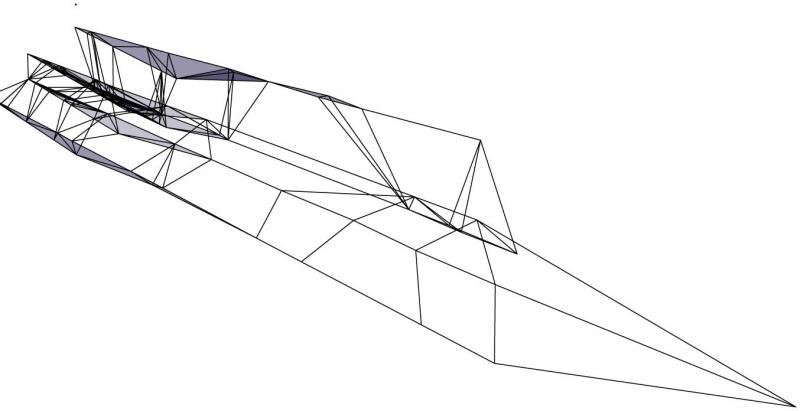 Claire Huot is an internationally recognized sinologist, fluent in Mandarin Chinese. She has a doctorate in Chinese studies from the Université de Montréal (1987) and served as Canada’s Cultural Counselor in the People’s Republic of China in 2000-2002. She is also the author of two major critical books on Chinese contemporary culture, one in French, La Petite révolution culturelle (Philippe Picquier, 1994), and the other in English, China’s New Cultural Scene (Duke University Press, 2000). She is presently an Associate Professor of Chinese Studies at the University of Calgary.

Robert Majzels is a novelist, playwright, poet and translator, born in Montréal, Québec. His works include the play This Night the Kapo and innovative novels Apikoros Sleuth and The Humbugs Diet (Mercury Press, 2007). With Erin Moure, Majzels has also translated several books of poetry by Nicole Brossard, including Notebook of Roses and Civilization (Coach House, 2006) and Museum of Bone and Water (House of Anansi Press, 2005). From 2000 to 2002, he lived and studied Chinese in Beijing, China. He is presently an Associate Professor in English at the University of Calgary.

Nathan Tremblay is principal Director / Designer for Palette Industries, a multi-disciplinary design firm located in Calgary and is in the process of completing a Master Degree at the University of Calgary.