At one time or another, Erín Moure has inhabited and continues to inhabit the localities of many subjectivity-figures, including Erin Mouré, Eirin Moure, Elisa Sampedrín, a plethora of medieval Iberian troubadours, the fervent person that is Fernando Pessoa that is Alberto Caeiro, Nicole Brossard, Chus Pato, Andrés Ajens, Nichita Stănescu, Paul Celan, Louise Dupré, more philosophers than can be listed here, and even Oana Avasilichioaei.

And as with all localities, these localities also come with their own histories, cultures and languages, including English, French, Galician, Portuguese, Spanish and Romanian, which Moure traverses not with ease, but responsibly, as responsive citizen. “To connect is so unconquerable a citizen only a gift may vibrate.” (O Cidadán) Moure’s work demands that we discover where in the disconnect between two languages can one connect; can one gift one language with the contours of the other language; can one shape a subject with a gesture of the other subject. 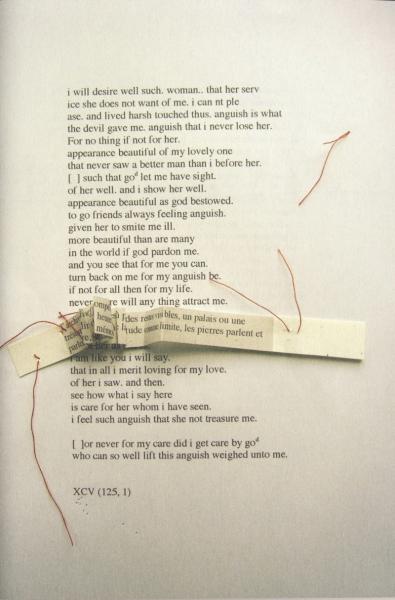 Caroline Bergvall, in her introductory essay to her most recent book Meddle English, states that “it is the writer’s role to test out, provoke the naturalized edges and bounds of language use and rules. She mines language for what is always moving, always escaping… To meddle with English is to be in the flux that abounds, the large surf of one’s clouded contemporaneity.” This is precisely what Moure does as she forages at the bounds of her language, a language that is never fixed, but rather constantly frictioning against and through the lexicons and structures of many linguas. And in this friction, her many subjectivities are citizens, not of a country, but of language itself. 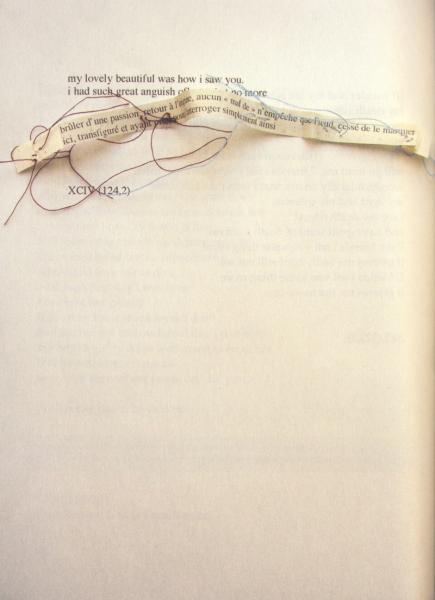 “Is the Cidadán a prosthetic gesture (across “languages”)?” “Is the citizen a being who risks harm?” “What if “nation” ceased to be pure given and were instead a nexus of differential topolities in the subject, who is formed partly by the coextensivity of subjects-around-her?” These are some of the questions that Moure asked in O Cidadán, questions which she enacts again and again throughout her work. In what may at first appear to be the opacity of the “foreign” language her citizens risk harm, and in this risk we tumble in. At first a din, but then, if we stay long enough, if we learn to listen, we begin to hear distinct voices, and hear them gesturing towards us.

Erín Moure is a Montreal poet who writes mostly in English, but multilingually. Her most recent books are Pillage Laud (2011), O Resplandor (2010) and, in collaboration with Oana Avasilichioaei, Expeditions of a Chimæra (2009). In 2010, one of her poems from Little Theatres, was made into an animation short, directed by Stephanie Dudley. Moure has also translated Quebec poets Nicole Brossard (Notebook of Roses and Civilization, 2006, co-translated with Robert Majzels,) and Louise Dupré (Just Like Her, 2011), Galician poet Chus Pato (Hordes of Writing, 2011) and Chilean Andrés Ajens into English, as well as Fernando Pessoa from Portuguese. Her essays on 25 years of writing practice, My Beloved Wager, also appeared in 2009.