N. S., Nathalie Stephens, Nathanaël composes in English and French, sometimes separately, sometimes simultaneously, sometimes in the permeable ache between, amidst multiple voiced and embodied pronouns, and in the space of in-between, which she calls l’entre genre. As preposition, entre, can mean between or among, as prefix, it can denote the idea of reciprocity or of being in the middle of two things, as verb, to enter, to go into, to begin. As well, genre does not only signify a category of artistic composition or literature, but also a general kind or type. Biologically it also refers to genus; linguistically to gender.  As such, Stephens enters this space of in-between-kind not to occupy what we may easily confuse at first as a binary (poetry/prose, English/French, female body/male body) but rather to explore the porosity between multiple genres, languages, bodies, voices. In the porosity, a dislocation; in the dislocation unease; in the unease a fruitful and unexpected altering. 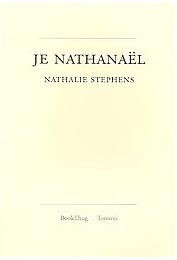 “What is a fuckable text and is it only fuckable in English ? Is there such thing as a literary hard-on ? Who wants Nathanaël ? I do I do. Only he doesn’t exist. He is not kissing you. He leaves no fold on your mattress. He doesn’t break your heart. The tiled floor is cold and your feet are bare. Nathanaël is long gone he was never here not even once. He is a queer boy a loveable boy maybe even a fuckable boy and we are all wet or hard turning pages imagining his breath.” (from Je Nathanaël, published mostly in English by BookThug, 2006)

In the contours between language, tongue, body and place, desire. A desire that is silent, voiced, enacted and translated.

Nathalie Stephens (Nathanaël) is the author of many books including We Press Ourselves Plainly (Nightboat, 2010), Carnet de désaccords (Le Quartanier, 2009), At Alberta (BookThug, 2008), ...s’arréte? Je (l’Hexagone, 2007) and Touch to Affliction (Coach House, 2006). Some of he work exists in Basque, Slovene, and Spanish with book-length translations in Bulgarian and Brazilian Portuguese. In addition to translating herself, Stephens has translated Catherine Mavrikakis, Gail Scott, John Keene, and Édouard Clissant.