A short history of Tom Weatherly

I first met Thomas in a poetry writing class taught by David Ignatow in the Columbia MFA program in creative writing in September 1974. David had invited him to join the class as a special student. Tom had just finished a delightful interview with Victor Bockris and Andrew Wylie, which was printed in April in The World (published by the New York Poetry Project). He had already published his first books, Maumau American Cantos (Corinth Books) in 1970 and Thumbprint (Telegraph Books) in 1971, as well as Climate, in a double book along with Stream by Ken Bluford in 1972 (Middle Earth Books). He had also edited the anthologies Natural Process (1970), New Black Voices (1972), and The Poetry of Black America (1973). In other words, he was already a superstar in the New York poetry world, but he didn’t act like it — he was really down-to-earth, as he was all his life. When I introduced him to Charles Bernstein at a show of collages by John Ashbery, at the Tibor de Nagy Gallery, in New York City, Charles said, “You mean, fucking Maumau American Cantos Weatherly?” Tom was always like that, a bodhisattva walking among mortals, an angel among humans.

We had a great time that fall at Columbia with Tom — I say “we” because my wife, Rosanne Wasserman, was in that Ignatow class, too. I had met her only a few hours after I arrived in New York, at the Writing Program office. I had taken a Labor Day night flight to New York. When I arrived at JFK airport, I found a Stanford classmate on the same flight, returning home to New York. His brother picked him up and took me along, over 125th Street and down Broadway to Columbia University, where I walked into the office to register for classes and was introduced to Rosanne by the program secretary, Dorothy.

We all had a mutual friend, Billy St. Clair, who made me realize just how unique Tom really was. One afternoon after class, a group that included Tom, Billy, Jonathan Cohen, Cassia Berman, David Unger, Rosanne, and me walked down to the Gold Rail, between 110th and 111th Streets, to share cheap pitchers of beer. When everyone else had left, on the way back up to Columbia, Billy told me that Tom had been at his apartment a few nights ago and that they had talked into the early morning hours about poetry and poets. I think he ended up sleeping on the couch, if only because it was way too late to head home at that time of the day. Billy said he just wanted to let me know, because he was sure Tom would be calling on me too, soon, and he wanted to be sure I knew so that I could be ready for that intense encounter with Tom about poetry and poets, and the craft of making good poems, which seemed to be a signature moment Tom sought with anyone he liked enough to talk with seriously.

I had to wait quite a long time before Tom made that late-night rendezvous with me and Rosanne, and then it wasn’t at our apartment but at his. In one of those New York City magic moments, in the summer of 1984, Rosanne and I moved to Ridge Street on the Lower East Side, and who should be our neighbor, on East Houston Street, but Tom, who was living in the Hamilton Fish apartment building. He invited us over to his apartment one evening to show us his library, which consisted of row after row of library bookshelves with purchases he had made while working at the Strand Book Store, purchases that could only have been possible if you were watching the ever-flowing inventory of a bookstore that pulsed with the lifeblood of American literature as review copies came and went, and amidst this stream, too, were rare copies of used books that Tom, in a continuous paradise for him, had first access to, when he had enough money to buy them.

For a couple of hours, we walked around the stacks of books (it really was a magic library) while Tom explained why and where he had bought many of these volumes. Most importantly, for Rosanne, Tom had many rare editions of the works of H.D., who was one of Tom’s favorite authors and also the subject of a chapter of Rosanne’s PhD dissertation, on aspects of Helen of Troy in modern poetry. Tom had pulled a copy of H.D.’s Helen in Egypt off a shelf at the Columbia University bookstore ten years earlier, Rosanne had purchased it, and that book had led her to the doctoral thesis topic she would be working on throughout the 1980s. After our tour of his library, Tom took us into his very narrow kitchen, where his ten-speed bicycle hung from a hook on the ceiling, and made us a cup of tea before we returned to our apartment to sleep and get back to work the next day on our dissertations.

But that evening ignited a close friendship, which never burned out and glowed mightily for years to come. It included Tom’s marriage to Michal Hollander, whom both Rosanne and I knew from the New York University community of scholars and writers in English and comparative literature, as well as the modern languages departments. We met and got to know Weatherly’s son, Tom III — T3 — and spent many evenings together at Tom’s apartment or on nights out in New York City. One night, Tom invited us over to experience a compact disc, the very first we had ever heard, in the apartment of a neighbor of his who had just designed a new system to listen to music. Tom positioned us on a large couch surrounded by chairs, and the speakers were set behind us. We were amazed at this first-ever crisp and clean recorded performance of a piece of music that we had never thought could sound so alive and present there in the room before us.

Another night, we all went off at midnight to a Latino nightclub on Broadway south of 42nd Street, to share an evening of music and dancing with the Colombian novelist Jaime Manrique; his partner, the painter Bill Sullivan; our Colombian friend Raimundo Mora; and his partner, Ken Levinson.

Time with Thomas was never dull, and it was always a challenge. He questioned everything he experienced, yet accepted it all. No experience was too much for him or too little. He took inspiration from every moment of his day, from every friend, and mostly from his own deep reservoir of love of language and song, love of the music of language, which he, like Rimbaud, catalogued and archived with exquisite taste and attention to every minor detail of sound and associated emotion.

I could tell about so many more moments we shared with him, with Michal Hollander and later with Janet Rosen and Ursula Huebner-Bromberger; his visits to New York during the years he lived at his mother’s house in Alabama, when my family would dine with him at the macrobiotic restaurant Souen, once he had become a vegetarian; and the sixty-fifth birthday party I gave for him at Pace University in 2007, where he asked his friends to come and read him one of their own poems. My daughter’s description on the information sheet for our publication by the Groundwater Press of Tom’s last book in 2006 contains some of my favorite words describing Tom’s poetry: “Lyrical, sweet, catchy, and cool, short history of the saxophone has a beat and sound to it that is like music to the ears. … The poems can go from Zen simplicity, to being difficult and philosophical.”

And so the poetry of his life was local, in every moment he lived fully and alive, and this is what I remember most — his élan vital, his joie de vivre, his sine qua non love of verse, of poems, and of making them to please those he loved even as they pleased him, too. When I think of Eliyahu ben Avraham (the name he took in his conversion to Orthodox Judaism), I think of the words from Genesis: “And God said, ‘Let there be light,’ and there was light.” He was like a central nervous system. In his presence, his aura, you felt connected to a community of writers, a choir of voices, as diverse as could be but all somehow defined by their connection to Tom and therefore to each other. Isn’t that what it is all about, anyway? As in this brief lyric that Tom highlighted and sent to many of his friends: 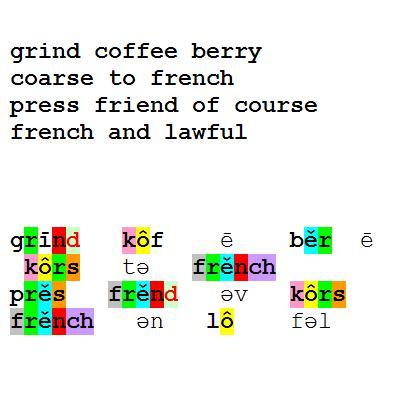 David Grundy has curated this feature on the poetry of African American poet Thomas Elias Weatherly and the intersections of his Alabama heritage, Christian and later Jewish religion, Black identity, and personal politics. This collection seeks to celebrate Weatherly as a skilled blues poet who wrote outside of “secure ideological or formal categories,” instead drawing from the complexity of his identity to build a unique poetics. “A short history of Tom Weatherly” compiles Weatherly’s poetry and other writings (both published and unpublished); reviews and essays by Grundy, Burt Kimmelman, Ken Bluford, and others; as well as photographs, obituaries, manuscripts, and recordings.