'How much can you tweak English before it malfunctions?'

'QAGE AGAINST THE MACHINE': The visual poetry of Mike Cannell

What does it mean for a language to malfunction?

What funds its means? What makes it done for?

First we have to ask: What is the function of language? What is it is supposed to do? And who decides—who assesses its function?

English writer Mike Cannell’s work explores the radical and unassimilable. The fragmeant. The movemeant. These are not capitalist letters, rather writings against the right. A lash of rightning. An alphanarchabet. 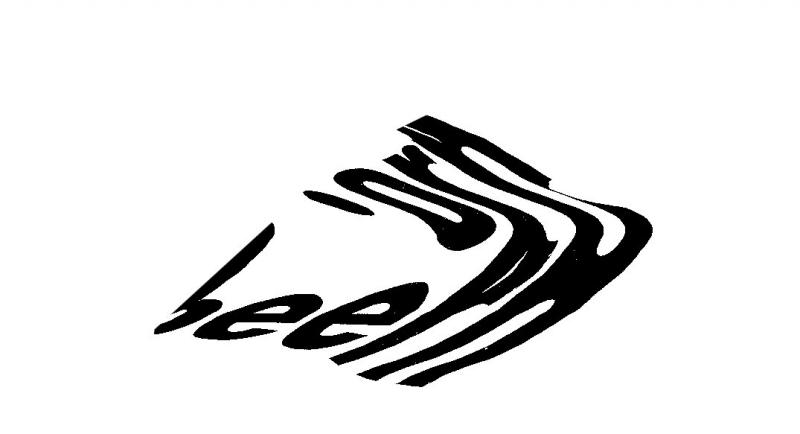 Qage is a term created by the visual poet and critic, Geof Huth. According to Huth, “Qage drives us to read with our eyes. We cannot understand it, yet Qage creates our ability to read. Qage is the beauty of written language.” It is also, "the attraction people feel concerning the shapes of particular letters of an alphabet and the particular beauty of individual alphabetic characters." (from Huth's very useful 'Essential Vocabulary.')

Mike Cannell’s poetry is rich with Qage. A Qage against the machine. The mashmeanery of capitalism and power structures. It’s saiditious in its saying. Subversive in its wish to be better not verse.

Are these digital manipulations records of physical paper torn and shifted on a photocopier? Are these real words ed ched tched etched stretched? Movemeants. There’s a suggetchedtion of familiarity, part of recognizable words and their parts. Fragmeants.

To appreciate his work is to savor the saying. The essaying. Ragments of letters and ords. Twisted. Furled and un. The seemingly torn. The semically detoured and détourned. Cannell literally ‘reforms’ language. He’s for squatters’ writes in the dictionary and against the ownership of words, their official demeanings, and how they contribute to the meaningness meannessing of society. 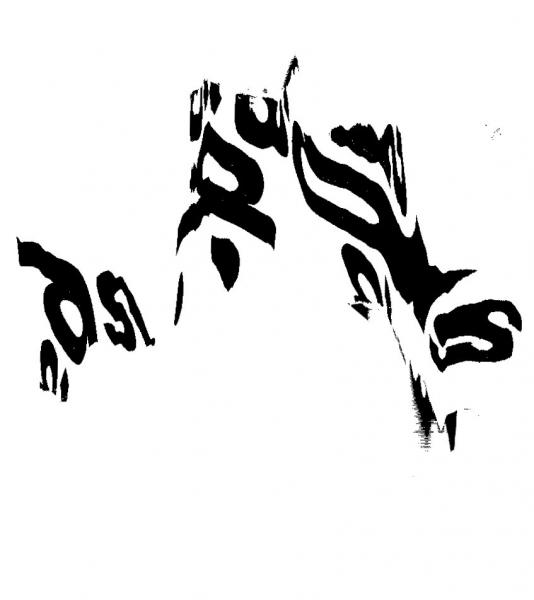 my work is primarily about one thing: language. i am very much preoccupied with the materiality of language and a lot of my process is about subverting, fragmeanting and playing with language.

in an anarchist sense i suppose i am subverting the conventional ways in which language fits together. my poetry focuses on the notion of the word as object. my work isn't meant to be easy to understand.

in a sense i want the reader to question their assumptions and think about what reading is and what language is.

what is language? who controls it? who decides what is standard english and what is not?

if you look artists and writers that were once avant-garde and controversial, such as picasso, they are now mainstream. you can get Les Demoiselles d'Avignon on a t-shirt.

how can you make lasting work without it being absorbed into the capitalist system?

one of capitalism's methods of getting rid of opposing movemeants is to capitalize and absorb them, making them tame and helpless. that’s what happened with punk. it used to be an effective counter culture movemeant, now you can buy mass-produced tops and stickers. eight-year olds can buy anarchy A's in HMV. you have to make culture that the mainstream cannot assimilate.

that’s why noise music, sound poetry, visual poetry and asemic writing have never been mainstream. they can't be categorized and cultivated for a market. fluxus, the letterists and the situationists have been an influence.

Mike Cannell is a post-avant poly-poet, who works in visual, sound and linier poetry of various types. His work follows different avenues in exploring language, from the materiality of language to its emotional power. He is the editor of würm, a currently hibernating e-zine dedicated to promoting innovative poetry. Visoundtextpoem is his blog with many examples of his work.