In Craig Dworkin and Kenneth Goldsmith’s introductory essays to Against Expression: An Anthology of Conceptual Writing, the authors trace the algorithmic-appropriative condition of Conceptual writing back through Conceptual art to its emergence in the work of Marcel Duchamp.[1] (The volume’s excerpts from Stéphane Mallarmé’s 1874 La Dernière Mode, or Denis Diderot’s eighteenth-century literary appropriation, seem to represent anachronistic exceptions to their rule.) For Dworkin and Goldsmith, Duchamp is the heroic initiator of an anti-aesthetic mode of practice that makes the execution (and reading) of things like poetry, as Sol LeWitt would say, “a perfunctory affair.”[2] The readymade is the über-concept of this hybrid venture they have nominated Conceptual writing.

But while their readymade reading of the Duchampian proposition may be useful, I propose this history requires another step back.

Because for one thing, these two poet-editors have rather neglected the history of the readymade itself. Namely, that Duchamp took the word, ready-made, from the label inside a department-store shirt. As MoMA’s website tells us: “In its strictest sense [the term] is applied exclusively to works produced by Marcel Duchamp, who borrowed the term from the clothing industry while living in New York.”[3] (NB: “borrowing” and stealing are synonymous acts in the realm of artistic practice.) We might then postulate that Conceptual art is but an echo of a condition that has its roots in the mid-nineteenth century, as mass-produced clothing increasingly displaced homemade or tailored garments designed to fit individual bodies. For as the management of sweatshop production evolved, the execution of such items became a “perfunctory affair.” What mattered most by 1914, the year of Duchamp’s first official, unassisted readymade, Bottlerack, was the bourgeois act of shopping, or choosing, among already finished items (such consumption having become a facile means to appropriate the worker’s labor, as Marx might say).

It may be instructive, then, to turn to another artifact from Duchamp’s oeuvre: not a readymade per se, but rather the algorithm he drafted for the 3 Standard Stoppages (1914)[4]:

The Idea of the Fabrication

— If a straight horizontal thread one meter long falls from a height of one meter onto a horizontal plane distorting itself as it pleases and creates a new shape of the measure of length. —

— 3 patterns obtained in more or less similar conditions: considered in their relation to one another they are an approximate reconstitution of the measure of length.

The 3 standard stoppages are the meter diminished.

Long live! clothes and the racquet-press.

Make a painting: of happy or unhappy chance (luck or unluck).[5]

Whether interpreted as mere instructions or Conceptual writing, it is fair to assume that Duchamp’s algorithm here was based on a certain style of (pseudo-scientific) management. We might even call the Stoppages — a work made using “regular tailor’s thread”[6] — a sartorial diagram. His “Idea of the Fabrication” was never fully divorced from the material stuff, but rather functioned to stamp its fabric, cut it, and stitch it into a kind of assisted ready-made, through a fully managed means of production. Indeed, if “clothes and the racquet-press” pertain to Duchamp’s Stoppages, the artist’s referents may have been the various “drafting machines,” patterns, and measuring equipment used by sweatshop managers to construct ready-made clothing that pressed bodies into standardized, though incrementally variable, forms. The ready-made shirt — fabricated within a capitalist mode of production and sold in department stores — served as Duchamp’s über-concept, if you will. 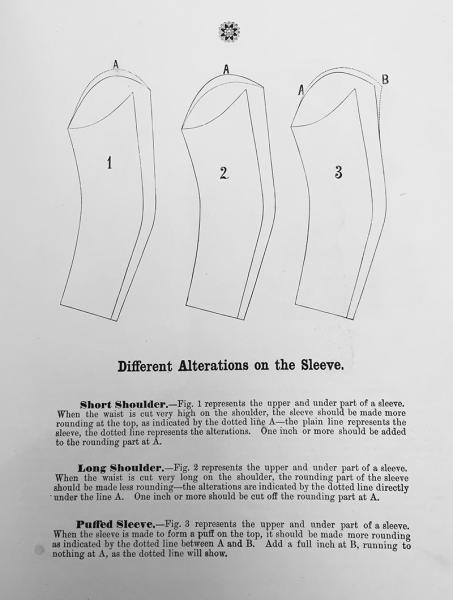 In her 1989 essay on the readymade model, Molly Nesbit says something similar. She claims its origin may be found in the method of mechanical drawing taught to school-age children throughout France, beginning circa 1888. Both the readymade and techniques of diagrammatic drawing were, significantly, “not optical.”[7] This “nonretinal” artifact, she argues, “clearly identified with the croquis coté, the blue-print for production, the working drawing for the commodity”[8] — like the coffee grinders, shovels, and other precisely rendered tools found in teachers’ instruction manuals at the time. But if this is the case, as Nesbit points out, then the algorithmic logic underpinning the readymade was also “hardly neutral; it cheerfully ratified the means and ends of industrial production; insofar as it was a language for everyday use, it was a language of work, a language of industry.”[9] Indeed, about the same time that Frederick Taylor had developed his eponymous system for organizing factory bodies, readymade blueprints had changed the modus operandi of art.

And so, after many decades of scientifically managed production came the flexible management of consumption — in Facebook, Tumblr, ArtStack, and the like. Goldsmith’s prescriptive logic of the cut-and-paste fits neatly within this diagram: “Filtering is taste. And good taste rules the day.”[10] This brand of Conceptual writing is thus a practice in tastefully choosing and wearing proverbial shirts, or being “well-groomed.”[11] Only now, in its flexibility, the readymade may be falling apart at the seams. As Duchamp might say: while good taste requires cutting, there is little point in mending a shirt from H&M or D&G.

4. Due to exorbitant copyright costs levied by Duchamp’s estate, the author has decided not to reproduce this well-known work here. Photographic reproductions and descriptions of 3 Standard Stoppages can easily be found on the websites of various modern art museums, as here.

10. Kenneth Goldsmith, “Why Conceptual Writing? Why Now?,” Against Expression, xix.

11. This phrase references the title of a 1915 readymade by Duchamp, Tiré à quatre épingles,a French idiomatic expression, meaning “well-groomed,” (though it has been incorrectly translated into English as “Pulled at four pins”). See Arturo Schwarz, The Complete Works of Marcel Duchamp (New York: Harry N. Abrams, 1969), 454.