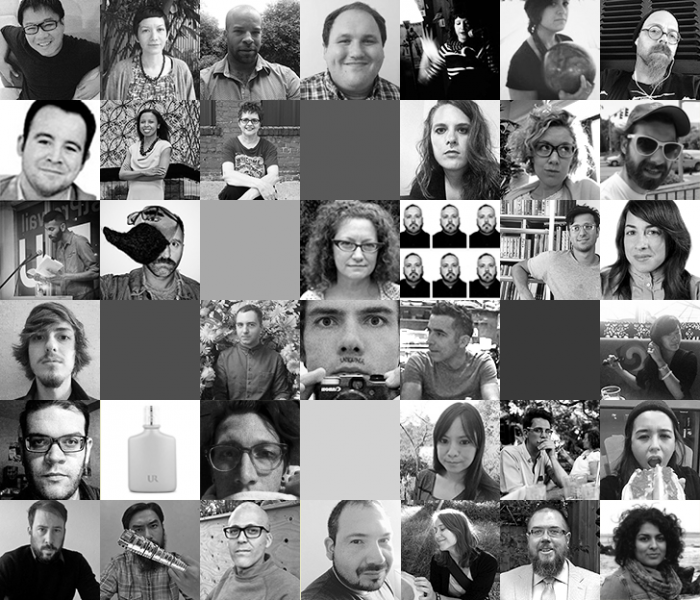 Over the past year, many of us have written into, thought through, lashed out against, and endured polarizing discourses about North American and transnational poetics. Some of us have participated in these discussions carrying flags of myriad colors, some have been dragged through unwillingly, some have watched from the sidelines anxiously wringing hands or studiously taking notes. These discourses have polarized writers and critics on aesthetics, ethics, and politics, sometimes producing useful questions about the intersections between these realms, sometimes enforcing reductive homologies between them. While polarity has often characterized these discourses, it is hard to pin down even contingent names for the resulting dichotomies: Conceptual Writing vs. Lyric Poetry? Conceptual Writing vs. Political Poetry? Conceptual Writing vs. Positivist Representation? Avant Garde Aesthetics vs. Activist Poetics? To speak in the idiom of Maestro Ilayaraaja, my muse while I edited this feature: How to name it? How to, indeed?

In documenting the contours of contemporary poetry, an attempt to map any such binary becomes immediately fraught with all kinds of methodological and historical burdens, and is immediately complicated with a simple problem: polarizing discourses do not always tell us the story of practitioners and critics who labor as “emerging” or “international” or “unanthologized” and who are never fully included or drawn into debates that are, essentially, very much about them too.

Sometime in February 2015, I became interested in asking poets, editors, publishers, and critics questions that didn’t result in polarizing reductions, but instead revealed the contradictory and complex truths about their disparate processes, political motivations, and communal concerns. It was important to create a forum in which they would ask better questions about their own methods and concerns; where they would stage and rehearse their own ethical, aesthetic, and political attempts to work through problems of medium, market, form, and language within the institution (rather than the genre) of “poetry.” This moment, like many significant moments in literary history, requires better questions: questions that do not demand denouncement, do not enforce allegiance to a certain aesthetic, do not automate categorical definitions; questions that challenge how writing is institutionalized, incorporated, or made hegemonic and complicit; questions that clarify and document the contemporary moment as it is, rather than answers that produce easily instrumentalized narratives.

So, instead of asking practitioners who they are (i.e. the questions of inquisition), I asked writers why and how they work (i.e. the questions of exposition). They told us, in return, how they lean and how they work through, beside, outside of, and within what we’ve come to understand as Conceptual writing. They told us how they have grown into, grown from, outgrown, or forborne its possibilities. To pluralize prepositional relations to the thing seemed like the best way to counter polarizing discourses that focus on select individuals in an otherwise highly diverse, striated, and divergent network of poetic practitioners.

If we can re-envision the premises, techniques, and theoretical presuppositions of Conceptual writing as provisional rather than monolithic — which is to say, if we can effectively observe that these are rooted in both contingency and subjective experience (rather than in universal principles of aesthetic norms) — then we will be able to challenge Conceptual writing’s supposed orthodoxy, intervene into narratives of its dogmatism, and discuss its social effects. If Conceptual writing is everything we’ve hoped/dreaded it to be, it will also be a generous host for the occasion of its own destruction, just as it will be open to fabrications of refusal, regeneration, reshaping, renewal. In other words, it will be monstrous and alive, its existence, like any invention, bound with “slight ligaments to [both] prosperity and ruin.”

The resulting feature here is a collection of thirty-five responses, from thirty-seven practitioners and critics of diverse method, intent, and position, that carry forward the goals of the original call for writing:

1) To expand the field of critical influences and frame its discourses through the lenses of anti-imperialism, postcolonialism, spirituality studies, disability studies, ecocriticism, and critical race theory.
2) To create records of aesthetic and political genealogies which resonate as true and lived for practitioners.
3) To articulate the critique of dominant and hegemonic genealogies or histories associated with contemporary conceptual and conceptual-like writing.

This feature suggests some important approaches to the poetics of Conceptual writing and its critique:

That we must acknowledge the identitarian and ideological diversity of practitioners and critics interested in Conceptual writing as a discourse across racial, sexual, class, dis/ability, immigration status, and national categories.

That we must account for a growing number of players in this field well beyond the figureheads who have become instrumentalized into rhetorical shorthand for polarizing discourses. Our contributors are graduate students, independent and institutionally affiliated scholars, teachers, activists, freelance artists, established writers, and emerging voices. In this way this feature converses with an important earlier editorial effort initiated by Caleb Beckwith and Tom Trudgeon in Evening Will Come: Conceptual Issue over at The Volta, and it builds on Caleb Beckwith’s Essay Press collection of interviews with conceptual-leaning writers.

That we must constantly push beyond the regional peculiarities and cultural privileges of the United States. Our contributors are from Canada, Mexico, Singapore, Philippines, the UK, and Germany, and from across the US. And in this way, this feature converses with the significant documents of Global Conceptualisms curated by Vanessa Place at Jacket2.

That we must seek a more intermedial and interdisciplinary approach to contemporary poetry so as to challenge the institutionalization of the genre as a fact rather than a fiction. Many contributors describe Conceptual writing as a discourse with implications for other disciplines: material culture; dance theatre; athletics; religious philosophy; hip-hop, electronic and avant-garde music; and visual, video and installation art, among others. And in this way, this feature continues to answer the critical question asked by Katie L. Price in “What is the relationship between Conceptual Art and Conceptual Writing?” at Jacket2.

The feature is organized below into clusters to help readers navigate the essays. These clusters are provisional and practical, rather than determining, and they showcase many possible positions from which we may describe and critique a significant artery in the circulation of contemporary poetics. If Conceptual writing is indeed “dead,” as some have suggested, it will be necessary, after this feature, for those critic-morticians to account for the bodies and lives of these living practitioners and their vital and thriving practices.