Lexicon-Cetus is a dictionary that compiles and defines every single unique word from Melville’s Moby-Dick; or, The Whale. There are approximately 16,000 “unique” words in Moby-Dick; about 5,000 of them are a mixture of common given names, plurals, infinitives, gerunds, and/or adjectival/adverbial forms of root words. If the root word is already defined in the lexicon, then any derivations thereof are for the most part excluded. So the text is comprised of roughly 13,000 definitions (including all meaningful proper nouns; people, places, textual references, etc.) There are also 163 Unicode illustrations (range: 1F300–1F5FF), which appear programmatically throughout the book. (Only symbols that are exact matches with words in the lexicon were used.) The text is about 110,000 words longer than Melville’s novel.

The list of unique words was compiled using NLTK (Natural Language Toolkit), a Python platform for textual/linguistic analysis. About seventy-five percent of the definitions were acquired from Princeton’s WordNet 3.0. The rest had to be gathered manually using The Oxford English Dictionary, Wiktionary.org, and Wikipedia. The book was edited and formatted using Python, MS Word, Excel, NotePad, TextPad, Adobe Acrobat, Photoshop, and Illustrator. The entire process took a little over a month, working typically between three to five hours a day. 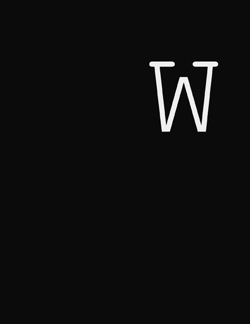 The basic idea for the lexicon comes from the paratextual opening of the novel, in which we are introduced to an “Usher” who provides us with “etymologies” and translations of the word “whale.” (“Usher” here has a double meaning; it implies both a herald, and an assistant to a schoolmaster, or apprentice scholar.) Not surprisingly, Melville’s characterization of the Usher is far from flattering: “consumptive,” “pale,” “threadbare in coat, heart, body, and brain … ever dusting his old lexicons and grammars.”[1] … this usher is a miserable creature. Perhaps this book is the work of such a creature.

Though not always diseased, poor, heartless, weak, and stupid, lexicographers and lexicons in general do tend to be somewhat maligned figures/objects in the literary imagination, or they are at least representative of a kind of pinnacle (or nadir) of creative incompetence. It seems that the lexicographer, as a compiler/arranger of words, and the lexicon, as his/her compilation or arrangement, are wholly inimical to what we expect or allow “writer” and “poem” to mean. Here, for example, is Ambrose Bierce (as written in his own lexicon …):

LEXICOGRAPHER, n. A pestilent fellow who, under the pretense of recording some particular stage in the development of a language, does what he can to arrest its growth, stiffen its flexibility and mechanize its methods … In the golden prime and high noon of English speech … when a Shakespeare and a Bacon were possible, and the language now rapidly perishing at one end and slowly renewed at the other was in vigorous growth and hardy preservation … the lexicographer was a person unknown, the dictionary a creation which his Creator had not created him to create.[2]

Here is Calvino, slightly more succinctly: “The struggle of literature is in fact a struggle to escape from the confines of language; it stretches out from the utmost limits of what can be said; what stirs literature is the call and attraction of what is not in the dictionary.”[3]

This seems to be the general consensus. Because dictionaries, lexicons, word compilations, etc., represent the lowest common denominator of linguistic usage (which is because that’s precisely what they’re meant to do), they are natural metaphors for creative vacuity.

But for all that, the dictionary/lexicon is not universally maligned. Anatole France seems to have understood the word with some measure of vastness, wonder, and potentiality. “Dictionary: The universe in alphabetical order. The dictionary is the book above all books … All other books are in it: it is only a matter of taking them out.”[4]

But if we reverse France’s logic we arrive at the conceptual core of Lexicon-Cetus, wherein we touch upon a somewhat unexpected epiphenomenon of the transformation from “book” back to lexicon. When its component parts are stripped of their arrangement, alphabetized, and reattached to their generic meanings, the identity of Melville’s poetic universe is obviously destroyed. Here the novel Moby-Dick dies a methodical, protracted death. But more so, whereas in all other cases, the lexicon is only ever the beginning of the poetic lifecycle, here it is both beginning and end. The novel dies by being rearranged back into its most primordial configuration. “For you were made from dust, and to dust you shall return.”

However clear the finality of this rearrangement appears, once the dust has settled, something does in fact remain. For me, Lexicon-Cetus is an oddly “mystical” text. Even though each word is emptied out, hollow, like the cavernous belly of Moby-Dick, each word is at the same time weighed down by the gravity of its massive corpulence (Melville + Moby-Dick + Whale). While the spirit is torn asunder by the violence of rearrangement, still it seems to haunt every word. Where once was there was one massive Moby-Dick,now there are thousands of miniscule ones. 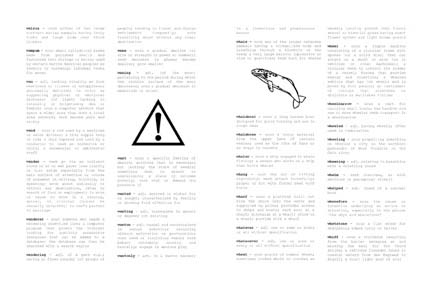