As words, the generative meat music of their materiality
and consonance of their inner contours. As worlds, his own, from Harlem and before and
after, as well as those drawn from those inexhaustible interior wellsprings, revealing new
ways of thinking and living.

What is speculation, one of
his fortes, but the capacity to raise one’s antennae to the invisible, to divine what hovers
on the other side of what’s near or far away? What are ideas, which he wields with a
magician’s legerdemain, but the thing seen or unseen, at the level of abstraction?

What is fiction, which he creates as an indelible art, but the conjuration
and extension of the metonymic beyond the limits of an individual life or experience?
What he gifts us with in his life and work is another set of eyes, multiple bodies, psyches,
desiring into and through the deepest subterranean veins of feeling. 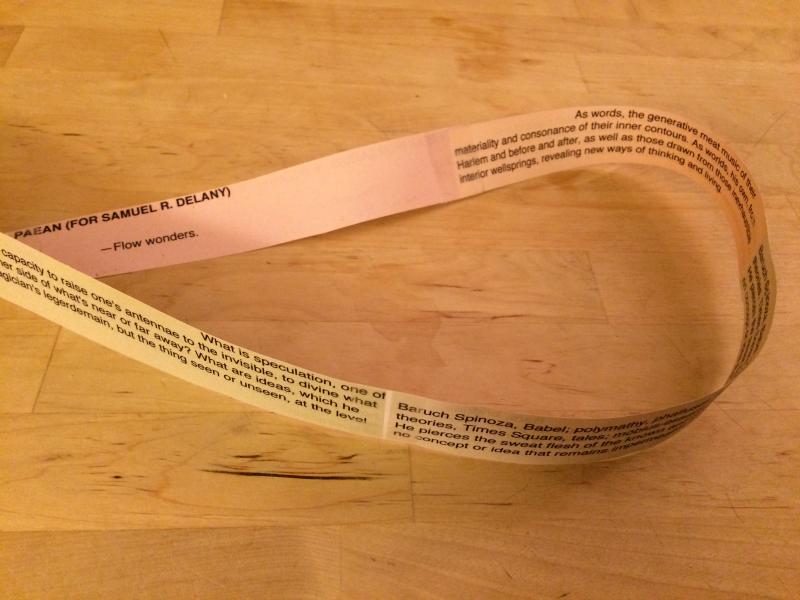 John Keene, “In the Rhizome” (detail).

Tracie Morris has curated this feature devoted to the work of Samuel R. Delany; the feature’s title comes from the name of the Kelly Writers House celebration of Samuel R. Delany’s performative poetics, held on April 11, 2014, and archived at PennSound. This Jacket2 feature collects work by all those who were a part of the Delany celebration, of an event that celebrated the writer who, as Morris notes in her introduction, “is a constellation that continues to be fixed, yet revolves, for me and for so many lovers of poetry … a maker of many worlds.”

from 'I. Portrait of Wounded Centuries'
Paean