Ongoing relations between 'poetry' and 'science'

Which scientific discipline(s) do you find particularly helpful or urgent at the present time & why? How versed in the relevant expertise do you have to be to earn the right to use it (them) in a poem?

Armantrout: It seems to me that there are two main ways to approach the use of science in poetry. The first is empirical, the way of the specimen collector. A poet with this tendency might learn the precise names of the flora of a region and the facts about its distribution and reproduction. Or she/he might study the types of minerals and use their names and characteristics in poems. The second way is more theoretical and abstract.  I am of the second type — though I often envy the first and imagine joining that group. But I find myself interested by what happens at the boundaries of knowledge; I’m attracted to things glimpsed and only provisionally understood. So I’m drawn to theoretical physics, astrophysics, and cognitive science. I guess I like to have my mind boggled! Obviously, I’m not an expert in any of these subjects. As I said in my last answer, math is the language of physics and, regrettably, it’s a foreign language to me. I do, however, read articles in scientific journals and such books as physicists (or neurologists) write for a lay audience. Sometimes I use the language I find in such sources against itself in my work. But, even then, one doesn’t want to be an ignorant skeptic. I’ve been accused once, by someone writing in the comment stream on Silliman’s Blog, of combining angst with a “rudimentary knowledge of science” in my poems. I could say that I know of no one who is both a physicist and a poet. And if I did demonstrate an expert’s grasp of the subject, what would that look like in a poem? As Wittgenstein said, “If a lion could speak, we wouldn’t understand him.” But that doesn’t mean I want to be a dumb bunny either. I too  get annoyed when people use some widely known term of quantum mechanics, like, say, “the uncertainly principle,” to justify some New Age fantasy. So how well do we need to know a scientific discipline to invoke it in our poems? I’m not sure. I do know that it’s fun, for me at least, to try to understand difficult things, even if I fail. If any of you out there who know more than I do see a place where I’ve got it quite wrong, please send me an email.

Durand: Thanks for your emails. I too have gotten the “don’t write of what you don’t know of” critique when writing in and about science. BUT I very seriously disagree with this attitude. I think it’s essential to bring creativity into the realm of science. Science has become so very specialized and rigorous, with specific languages, codes, codes of behavior, rules for each specific medium, sub-medium, sub-sub-sub medium, that they risk becoming completely atomized and discrete, with no percolation, cross-pollination, or communication. There’s so much paradigm-shifting work going on in science that is not being “translated” into the common realm. While poets may not be seen as the ideal conduit for funneling scientific discoveries into general culture, in some ways, as I’ve argued before, we actually are, b/c as overlooked and under-the-radar creative practitioners, we can “play” — experimenting with juxtaposing outré (or what seems outré) scientific terms/ideas — to see what happens when placed in a poem. A poet may be the first person to use creatively a term like neutrino, and thus break it into more general usage. Quantum physics maybe especially does not have the language to fit it — maybe we poets can help with that! I’m also interested in unacknowledged creativity within the scientific community. For instance, I’ve written about “false-color views” produced by astronomers. Basically, they take streams of data — mathematical  — and “translate” them into visual images, which they then color, highlight, manipulate to indicate, say, the different kinds of gases in a star (this also happens with images of sub-particles). During some interviews I did for an essay on this, I got the impression that scientists are very hesitant to reveal there’s anything creative about this process for fear of not being taken seriously. But I found it amazing that our images of most natural phenomena are mediated in this way. (One scientist said that the data streams could be rendered as music, too, but that people most easily absorb visual representation.)

I’ve thought about those astronomical images too. It would be wonderful to hear them rendered as music.

Harvey: Clearly there should be no barrier to using scientific knowledge in poetry but accuracy of use has great advantages because it gives the vocabulary used greater substantiation and coherence on a wider plain. Once understood the science can then be stretched almost to breaking point or even beyond creating fantasies.

Backing up scientific models with the aural, visual and rhetorical effects, exaggeration, juxtaposition and metaphor etc. in the poem can increase the feeling of substantiality of the words and meanings (as John Cayley expressed so well with (im)materiality of language [in “Science-Informed Readings”]).

It is dealing with contents as it would behave in reality that makes using science in poetry so interesting where the same limits don’t apply. Learning about the limits of the laws of nature for the first time whilst writing a poem (and then maybe even ignoring them but being aware of them) often brings very interesting results as both are explored with their different tensions at the same time. But also fluency in a scientific discipline might bring just as interesting results when in poetry, maybe more so, and science is always exploring new concepts.

The last paragraph I wrote at the end of Question One about ‘emergence’ was rushed and needs further explication, for me at least, while it still remains poetic. Ian Stewart in “Life’s Other Secret” says “Emergence is not the absence of causality; rather, it is a web of causality so intricate that the human mind can’t grasp it.” The feeling of this for me in Apollinaire’s “little car” in the poem, is due in a large extent to the overlapping of the writing and picture on paper where the complexity of connection and influence can’t be apprehended.

The mind often ‘grasps’ things without establishing them, maybe refining an original understanding with further research, maybe not. This ‘grasping’ of the mind is closer to Goethe’s approach to science than to Bacon’s empirical approach. (I certainly would not wish to be without Goethe.) Keeping an open mind to the effects (an empirical approach) can have distinct advantages in poetry, for example when using collage.

I am most interested in Biological sciences. This is what I studied as a degree. I think it has the advantage of being of living systems. The appearance of life, in both senses, as complexity increases, limits to self-sufficiency of organisms, and how genes work with the environment, internal and external, from gravity and chemistry to predators are a few examples of what I find fascinating.

PS I’m sorry for my straying from one question to another when answering each question.

Armantrout: I’m about to go have lunch with a real astrophysicist. If I am fool enough, I will ask him two or three questions. Gilbert suggested I wear a wire, but I don’t think I’m up to that.

Well, I talked to astrophysicist Brian Keating yesterday. I left feeling a bit more confused than when I came — which I guess I should have expected. I’ve been trying to understand the concept of “branes” in string theory. Anyway, my discussion with him caused me to change a couple of lines in a poem I was writing. I guess that’s all I can expect. I sent him some follow-up questions. If he writes back anything interesting and intelligible, I’ll quote it here. 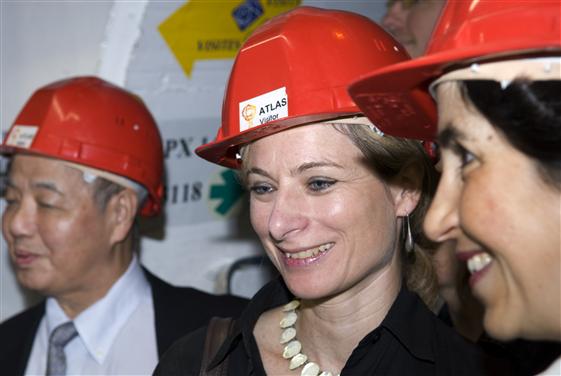 Catanzano: Rae, thanks for your comments on my poems. Funny, I’ve been doing research on “branes” for the last few years. In 2008 I attended a lecture by Dr. Lisa Randall, a Harvard particle physicist who had just returned from CERN. She helped coin the term “brane.” From what I gathered, “brane” is short for “membrane” and describes the borders between universes; I think it also refers to the open and closed strings in the multiverse proposed by string theory. I have been playing with the homophonic possibilities of the term, the brain also being a membrane, perhaps a nonlinear border that joins rather than divides consciousness to imagination, as well as an organ that helps manage electricity within the human body. I wondered what would happen if Dr. Randall was attentive to the term as a homophone in her investigations of how branes interact with gravity and electromagnetism. In her presentation on string theory she used crude, two dimensional graphs of wiggly strings to depict eleven-dimensional concepts, asking us to “use our imaginations” to get it. I was thinking how much clearer her ideas would have been if she had, say, shown a Picasso painting to illustrate simultaneity, a Chagall painting to depict the difference between a high-gravity universe and a low-gravity universe, and Stein’s “Composition as Explanation” to illuminate how a particle might be shot around and around a high-energy accelerator …

“Like a Metaphor,” Gilbert Adair’s feature on poetry and science, comes together as a response to PoemTalk #22, on Louis Zukofsky’s Anew. Collecting a number of poems, critiques, and dialogues between eleven poets who share an interest in science — Rae Armantrout, Amy Catanzano, John Cayley, Tina Darragh, Marcella Durand, Allen Fisher, James Harvey, Peter Middleton, Evelyn Reilly, and Joan Retallack — this feature explores how scientific discourse might be incorporated by poets not simply as a source of metaphor but as an “independent discipline.”

Readers of this feature might also be interested in “Poetic Electricity,” Cincinnati-based poet and engineer Aryanil Mukherjee’s comments on the PoemTalk podcast that inspired “Like a Metaphor.” More recently, Amy Catanzano wrote a series of Jacket2 commentaries on “Quantum Poetics,” which nicely complements her contributions to this feature.

Zoning in, zoning out

Note: When I first met Edgar and Jose-Luis in Chicago some six years ago, and then again two years later, it seemed like we had known each other forever. Three nerdy, studious, politically minded Cali blokes far from home (they in Chicago, me in New Orleans) couldn’t talk fast enough to connect the dots between us historically, philosophically, politically, and poetically. And since meeting them, the range of accomplished publications they’ve both produced presented me with rich materials from which I felt I could engage them both — at the same time.

Dots in the distance

A dialogue with Mark Francis Johnson

Note: Mark Francis Johnson’s work first absorbed me into its worlds at an event for Make Now Books in New York in 2015. He was there to launch his poet’s novel ​After Such Knowledge Park. His reading from the book was, as I remember it, immersive from its first moment. The narration begins in a shed of some kind, in a hinterland or interzone space, and inside the shed resides a recluse.