In 2006 Roberto Manzano conducted an interview with his fellow writer Rito Ramón Aroche in Havana.  AMNIOS magazine published the interview in 2012, and it was later reprinted at the website Cuba Literaria (overseen by the Cuban Book Institute).  Unfortunately their page doesn’t currently load on any of my browsers, only a short line warning of malicious code.  Perhaps this replacement is appropriate, since Aroche does something to deconstruct the framework of virtually every question asked by Manzano.  Here are excerpts from their conversation, brought into English.[1]

RM:  Poetry is truly protean: it can manifest in infinite forms.  Yet poetry must possess an identity, some unchanging aspect that allows one’s products to be distinguished from others.  Tell me, if possible, about any aspect that in your opinion might adhere to a historical identity.

RRA:  In response to your question I can’t overlook other poets who have already given much better criteria than what I could contribute on that topic.  One of my best friends, Efraín Rodríguez Santana: The question that you have to ask yourself is why does poetry save itself.  Also Ángel Escobar: Because now it’s very easy, once time has passed, to say look at Bretón, Rimbaud, Casal, Lezama..., but in their moment it’s hard to hit the mark and to do it well. This seems to be what Baudelaire had in mind when he said these are the painters, and life proved him right.  It’s said that Monegal did the same with prose in the second half of the 20th century, and he didn’t miss his mark; or if he did, it seems not to have happened often.  So I ask you:  Can any poet know when he or she is hitting the bullseye?  Some think so.  Though it would be fine if the poet didn’t know it, too.  Did Pindar know?  This poem will be sung after the city that commissioned it has ceased to exist.  And Luis de Góngora? There’s a letter, one I’ve never had the chance to read, where they say he expounds on what he wanted.  Maybe Virgil knew, or he wouldn’t have ordered The Aeneid to be burned.  There’s his famous sentence after placing the final period: I built a monument.  We’re lucky that Augustus wasn’t in a complicated mood that day, which seems to be what happened to Ovid with Octavius in a different context, another situation.  Regarding this path, the burning of the poem, I can add that Virgil had followers with pretty unfortunate fates.  Voltaire comments on the case of someone who wrote a work like The Parisians.  He gave it to someone named Luis to burn it.  Luis didn’t think twice.  He took him at his word and well, if yesterday I was a marvel . . .

I share the criteria given by Borges (ah, I was forgetting already, Borges, the good, the Argentine).  He tells us that when a poet gets it right, it is forever.  I like that.  [...] I move toward our environs:  The air a gap I probe (Martí), Danae weaves golden time by the Nile (Lezama).

The truth:  when the moment hits, we’re not interested in knowing about the movement to which the author belonged, or some tendency . . . we just recognize him as ours.  Sometimes we don’t need to understand.  We recognize each other.  The ideal in poetry is the Organum, managing to create it.

RM:  There are poets who prefer to say they compose poems and others who write texts.  From a psycholinguistic point of view, the choice of terms implies an aesthetic habit.  How do you prefer to express yourself, when naming what you make?

RA:  In my case I could say straightforwardly that I write, and that I try to write as well as possible.  Saying that I try to write as well as possible means that yes I write, but I define writing as study, and although you might find it hard to believe, I define writing as research.  Damn, you’ll say, but what about intuition?  So many things.  Out of all those things, does a path appear?  Out of all things, halfway down the path, the sensor.  Which shouldn’t be anything new.  Right now others would say, from their so-very-legitimate points of view, that they do the same thing.  If you write, the least you should try to do is investigate, at least minimally, the nature of the language in which you’re attempting to express yourself.  How it has evolved and so on and so forth.  And yes, definitely, I seek out risk.  Somewhere I said:  My intention, allright, is to ADVANCE THROUGH THE CENTER.  I also talked somewhere about how at the end of the 80s and in the beginning of the 90s an entire body of literature, written twenty to thirty years earlier, began to come to us. We began to try assimilating it.  Nothing to be alarmed about—the Enlightenment thinkers went for maybe sixty years before their work gained resonance with the French Revolution.  Sixty years at a time when the average life expectancy was at thirty or forty.  Alejo Carpentier wrote:  An entire lifetime.  Today we want celebrity.  And if no one hands it to us, we find a way to get it.

And it’s in that other literature, the one I was telling you about earlier, where there’s talk of modern authors or those belonging to high modernity.  Andreas Huyssen talks about it; check his work published in Spanish as Cartografía del postmodernismo (“Mapping the Postmodern”).

After that point literature itself was held up to demands.  Stories were not stories but writings.  Poems were not poems but texts.  Essays, not essays but texts.  When you open some of the books that’s exactly what you see.  They were and still are criticized by some people who don’t have or didn’t have the same interest in writing.  Or let’s say they do have an interest, they did, but it was an interest of another kind.  The same people who say now that they’re going to read some texts like this, some texts like that.  And you know very well that they’re not texts.  Those are and will continue to be poems as long as they don’t attempt to unsettle anything at all from a formal point of view.  I think:  Either I fell behind or there must be something demoralizing about saying the word poems. So long as they don’t try to demonstrate the opposite.  Now, if this were to follow Kristeva’s understanding it would be obvious that they are indeed texts, since for her and as far as anyone else knows, text is textile.  I just recommend that before consulting Kristeva you do the same thing she surely did with etymologies, which is to read about them in a useful Latin dictionary.

RM: All poetic transgression ends up inventing its own antecedents in a tradition.  Within the Cuban tradition, what would be your closest probable antecedents?

RA:  To me it still seems early to reply in any definitive way along these lines.  I don’t have to invent tradition.  It weighs on us or it isn’t there.  It’s much more of a forest than a tree.  I’m not even sure I get close to any tree.  I couldn’t tell you if I’m even interested or not.  It weighs on me or it doesn’t, it’s an issue not incumbent upon me.  And of course there must be something in a tradition that would interest me. Actually, I can tell you that something in it does interest me.  Heredia, Martí, Boti, Carpentier, Lezama . . .?  Don’t forget that the last one said:  Our styles / are already remembered.  What should I do?  I think about the Organum. How would you go about activating a metaphor for that thing which will endure?  An Argentine – we mentioned him today-- once said that he tried to give metaphysical value to his poetry because he thought it would equip it with a little more resistance to time.

The interviewer spends some time on the subject of the Diasporas group, one of the best-known poetry groups in recent Cuban history, which published an underground magazine.  Here Aroche again complicates the questions because while, on the one hand, Diasporas is an important point of reference that merits attention, he feels that his own connection to this project has been overstated repeatedly, as though he were one of the central participants.  Aroche clarifies that he only published one piece in the magazine (Andamios, which I discussed in this entry proposing that Aroche prefers margins to centers), and he riffs on the question of groups.

Manzano’s final question focuses on fragmentation, an appropriate topic for Aroche.  Manzano suggests that an aesthetics making use of fragmentation implies working in a minimalist vein, then asks how fragments relate to discontinuity in terms of representation and syncretism. Aroche replies with another sidewise move, turning to a statement from a visual artist during Cuba’s Special Period.  (This same artist, Nelson Villalobo[s], previously appeared here and here in my commentary series because of the importance of his exchanges with Angel Escobar.)

Does an aesthetic of the fragment equate to a minimalist aesthetic?  I don’t know if I’m a minimalist or not.  I’ll take up an idea from my friend, the painter Nelson Villalobo [...]:  If my work is fragmentary, it’s because I too am fragmentary.  It’s one thing to work with premises from minimalism, which could include the fragment as such.  Minimalism may contain the fragment.  But I don’t think a fragmentary work, or piece, necessarily has to be minimalist. Pulsing, not with possibilities for short stories.  Pulsing with the possibility it opens for micro stories. Sometimes I think that’s what I’ve done.  Activated elements of the Nouveau Roman.  Followed discontinuous thought, or at times, a discontinuous writing.  Are you confusing me?  I’m confusing you.  You might not think so but I’m one big slippage around these things. Today I’m interested in pressing a kind of fractal language, a concept.  Tomorrow dissemination.  Tomorrow, by way of the fractal, a little bit of dissemination. 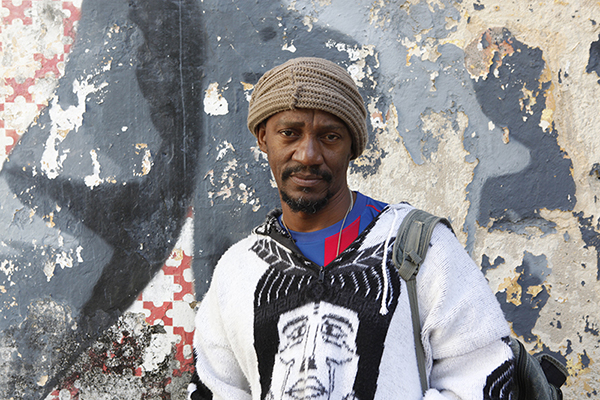