In the introduction of To Light Out, Karen Weiser outlines the origins of her overarching conceit, which fuses Emmanuel Swedenborg’s theory of “correspondences” with Jack Spicer’s notion that “the poet is a radio” and the mid-twentieth-century discovery that the “mysterious sound” of static “springs from the big bang, its radiation continuing to move through space as it expands” (11). Correspondingly, she writes:

When I became pregnant my brain and body were suddenly filled with static […] a sense that the flickering snow on a tv screen had been made into a liquid and pumped into my veins. (12)

It follows that every word in To Light Out is an act of cosmological correspondence through which the poet/antenna receives amorphous external signals, which she shapes into language. To this effect, Weiser writes, “Until they too are invaded, our insides are a virgin land” (64). 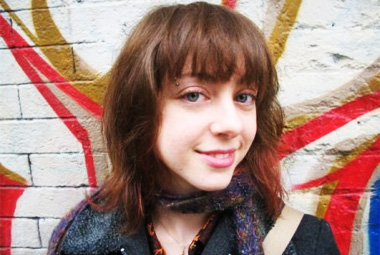 To Light Out is filled with people, but most of them — when it is not clearly her daughter — remain pronouns, specks of static-snow in lines like “Do you fancy we remain inferior machines […] / or turn churlish and refuse to mean somewhat” (21). Weiser seems content to meander along with the vagaries of her particular experience of poetic correspondences, noting that:

The way Weiser weaves together Swedenborg’s and Spicer’s ideas of “correspondences” as exemplified by Spicer’s radio metaphor begs comparison to Coleridge’s notion of inspiration in “The Eolian Harp,” in which the unpredictable wind plays “Like some coy maiden half yielding to her lover.” Consider Coleridge’s apostrophe:

O! the one life within us and abroad,
Which meets all motion and becomes its soul,
A light in sound, a sound-like power in light,
Rhythm in all thought, and joyance everywhere —
Methinks, it should have been impossible
Not to love all things in a world so filled;
Where the breeze warbles, and the mute still air
Is Music slumbering on her instrument.

“The one life within us and abroad” bears similarities to Swedenborg’s correspondences, yet is more atheistic along Spicer’s lines; the poet, like the harp, is a receiver/converter of a natural force in very much the same way that Spicer thinks of the poet as a radio. For Coleridge, the sound of strings in the wind symbolizes the “many idle flitting phantasies, / [that] Traverse [his] indolent and passive brain,” while Weiser finds that “Our nebulas are colored with data that could be sound / but we can’t hear it” and, with characteristically disjointed syntax,

like a piano, open, at a regional fair
playing its own ethereal pulse

For Weiser, we are “the through thing.” All metaphors are one at the same not metaphorical, not separate, but rather, the thing — the static — arranged into a body for a time. Thankfully, Weiser avoids clumsy mysticism by humorously blending religious creation metaphors with big bang theory and epistemology, often resulting in unexpected questions like

Your verbal tick is beautiful
a metaphysic wit of the longest blossom
illuminating your face as it drapes its own century
Who knew the gaudiest peacock
would be the one without color
lying in an inquiry of our own gardens
sculpted to grow only biblical plants? (28)

Again, Weiser abandons clear punctuation and syntax in order to emphasize the muddled static flooding the poet/antenna. The conceit of the correspondences necessitates the poetic equivalent of a scrambled television signal, where every turn of a tinfoil frilled antenna provides a glimpse of a program akin to a poetic image, the significance of which may or may not be apparent to the poet, who says, “I come into the places propriety bars me / with attention to means / but I am born to be deceived” (46).