On three recent books of poetry

Reviews of Tichy, Tadić and Barskova

What does it mean to witness? What becomes of the object of an unsustained inquiry? Gallowglass, Susan Tichy’s fourth book of poems, tries for answers. It’s an afterwards-document of calamity and of a loss of understanding, charged with elegiac grief for one lost and with an enervated sadness at our country’s role in terrible violence in the Middle East.

Gallowglass attempts an ecological, rather than phenomenological, understanding of its subjects. When their material is emotionally severe or politically charged, many poets who use disjunctive forms are tempted to arrange the material into post-Romantic fragmentary flashes, self-dissolution, and apotheosis. (Examples of this kind of work include Martha Collins’s Blue Front and C. S. Giscombe’s Giscome Road.) The subjects of Gallowglass are about as severe and charged a project as a contemporary lyric collection could attempt — but, to Tichy’s credit, Gallowglass represents a rigorous effort to deal with systems (of society and nature) over sensations. The book wants to show us something.

Tichy grids British Isles ballads over the confused cruel grace of birds, our wars in Iraq over Afghanistan with our individual memory’s attempts at the “rescue of dead men” (78). This systematic quality to the language can be startlingly beautiful:

Camera a little too close to a cheekbone, face hidden by a microphone.
Graffiti here says Rich Stench. The singer rubs her thighs and can’t sit still.

There’s a kind of stunned afterglow, for minutes and then for years.
'Be taught by walking’ was the best advice, but my muddy boot left tracks across the carpet. (12)

But at other times, Tichy’s contrasts feel self-conscious and facile:

The book is also riddled with attention-grabbing self-revisions (“Tapestry makes a landscape without depth. I copied that, but it came out death” [15]), spliced-in quotations (“‘In Encounter everything depends on Perseverance’ / So was that a sheep or a beaver with its mouth full of twigs?” [27]), and attempts at defining (“Reflective means you can’t see in” [33]). These feel like old tricks, uninteresting in the scale of the project. And few of Tichy’s interpolations from highland balladry add up to much, just a sense that deeds of battle and violence once called honorable now chill us.

Though the long, collage-heavy, formally regular poems that open the book include a few beautiful and alert moments, the most moving and thought-provoking portions of Gallowglass — the times when its ethical claims seem clearest — come towards the end. “Book, Land, Night,” written in shifting couplets, has a strong, terrible thread of feeling through it as Tichy follows the bearing home of a body:

Splinter of bark is a splinter of lightning
I listen to the birds in the walls, their dry

Fluttering I think must be
The washing of your corpse (67)

By the poem’s end, the portent of “strange headlights in the driveway” makes the reader’s stomach knot. And Tichy concludes Gallowglass with the best thing in it, “To or From,” an intensely physical account of accident and grief.

Not one question, not one nightmare
Skidding a body down five hundred feet of rock and scree

The reader is never shown the entire terrible story hinted at here. But throughout the poem, Tichy repeats the phrase “every object discipline,” and the poem does reach an animated focus much more intense and charged with questions than anything in the book’s more essayistic first half. “To or From” ends in space —

Sand on the road and a wind to lift it

— and the reader too is left hanging, out of breath.

So what’s next for Tichy’s poetry? As a systematic inquiry, Gallowglass is mixed, though the effort is enticing. A lyric collection situating America’s Middle Eastern wars in a natural and Western-historical order hasn’t been written yet; in the meantime, Tichy’s next subject of examination might yield more even and energized results.

Stanley Kunitz once said that poetry’s art is not anecdotal, but legendary: that the stories in poetry are magnified, mythic in contours even if not in scope; that they answer a longing not for simple recognition but for allegory or origin story.

Kunitz probably had narrative poetry like his own in mind when he made the claim. But such needs are also met in weirder, woollier poetries: there’s a legendish outsizedness in Lyn Hejinian’s long poems, in Kenneth Koch’s antics in “Nights and Days” and “Fresh Air,” or in the he-she dialogues of Rosmarie Waldrop’s Reluctant Gravities. I originate in grand conversations just like I originate in grand experience, and poetry still shows me how so. 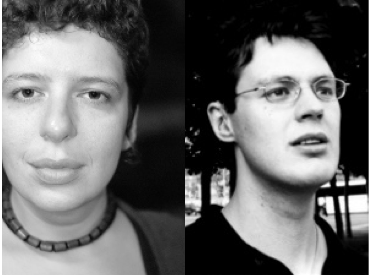 This degree of verbal instability characterizes most of the poems here. Barskova magnifies and animates her material, but she doesn’t elevate it. Rather, humans’ “low” and “high” functions of the spirit — rage and anticipation, lust and intellectual argument — occur at the same level of sensation on every page.

I will become any object,
I don’t care what —

I will be this speeding train.
This smoke
Or a beautiful gay man laughing in the front seat.

The human body is without defense.

It’s a piece of firewood.
Ocean water hits it.
Lenin puts it on his official shoulder. (9)

Notice that “I don’t care what”: separation in Barskova’s poems (death, loneliness, heartbreak) is faced with this same curious mixture of hunger, enthusiasm, and anger, as if the hugeness of our human feeling — its ability to reach forward and back in time — were more important than our objective bodied smallness. Russia’s history is a colossal presence in this work, but humans don’t feel tiny in it. There’s an animating voice that suggests life even in ruin, as in the middle of the short lyric “Moscow”:

To lose your belongings,
Wearing each shirt to a small hole.
To stand under the sky as if in a valley.
In dazzling light: a lonely toilet
Abandoned by human asses.
How plainly now speech pours! (27)

This Lamentable City is a weirdly conceived little volume. It comprises just ten bilingual poems, all in free translation — without the tight formal music of her Russian originals, which Kaminsky’s introduction praises. We’re told she’s written six books. Is This Lamentable City a poetic calling card, the first step in a process of bringing full volumes into English? I hope so; the translations here are fantastic. Kaminsky (disclosure: a former teacher of mine) once lectured a class: “When you translate a poem, don’t use English that an English speaker would use. Use English that an English speaker would love.” I speak no Russian, but the voice caught in these translations is appealingly fierce, funny, and unfamiliar, a credit to the translators’ obvious sweat and exactitude. I hope after City there’ll be more to hear.

Barskova makes unsteady affirmations; Novica Tadić (pictured below at right with translator Charles Simic) a poet of negatives. He doubts reason and faith, human brotherhood and the self. His poems — celebrated in his native Serbia, known in the States mostly through Charles Simic’s translations — are never explicit in their politics, but the oppressive realities of Balkan Communism and the Milosevic regime are present in every surreal image of decay, every spasm of violence. Ending one poem, a soldier sings “I’m a cross of human flesh / on which nothingness is crucified” (31). In another, a dead man is mourned: “May the earth be easy on him; / since it was only today that we noticed / he had been alive” (34). The title poem of his second English collection, Dark Things, portrays human impulse and urge itself in these constrained terms:

No force can revoke them,
untangle them, explain them. (15)

The speaker, in the grip of these nasty energies, can only observe wearily and bring the poem to a close.

Essential to the speakers of Dark Things is this knowledge and the distance that poetry permits. Tadić’s poems are never oracular or immersive, despite the visit from an occasional outside muse (such as his “Midnight Lady,” “covered with nets and shining scales” who sits on the speaker’s bed “as if it were her work table” [14]). As if seeking a difficult precision, the poems fasten to a tone or scene immediately, and rarely last more than twenty lines.

The book is skeptical, but never (as in procedural or post-Dada poetics) anarchic or destructive in spirit. Rather, any unity or force is to be doubted as an unhelpful metaphor. In this collection, we are only as substantial as we tell ourselves we are. So, what are the comforts of Tadić’s work? The poet finds peace in his own grubby, nattering mind, the possibility of fixity in memory (“This dream, I am not / bound to forget” [21]), and the offer of a stepbrotherly decency toward fellow humans, “the unbaptized of every faith” (31).

To a reader of contemporary American avant-garde poetry, the claims on the imagination in Dark Things seem small. But the poems are unfailingly affecting. Listen to the quiet, perhaps ironic, ending of “On a Train Station, Dream,” quoted here in its entirety:

I’m sitting with arms crossed
on my luggage.

I ask nothing of no one. 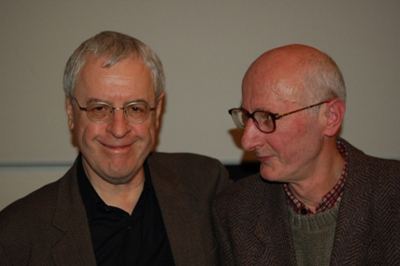 Wait for no one.

I don’t know where I’ve come from
nor where I’m going.

In the trunk are my books,
in the suitcase my shirts.

I packed everything I had.

Poof! On — and maybe in — the speaker’s head, the poem’s only flash of color and feeling; a figure (like Wallace Stevens’s “tigers in red weather”?) for the enduring, flimsy, vivid life of the imagination.

That Tadić is the poet most celebrated (after the late great Vasko Popa) in Serbia says something about the role of the artistic spokesperson in the Balkan nations. Tadić’s readers won’t find gentleness or lyric beauty in his work, only the comfort of an acute, undeceived consciousness. The faces of our leaders change, but in these poems’ decayed world, only the products of the animated mind are ever truly new.