To recover the everyday

“Blackness is speaking: Echo North is an attempt to reflect the sound.” Chaun Webster, poet, publisher, archivist, and graphic designer is creating an oral archive and visual re-mapping of North Minneapolis. The project, which he calls a “ritual of resistance,” is an attempt to re-hear the absent, but not silent, sounds of the neighborhood’s histories of black social life, to hear and offer the stories that the city has failed to archive, failed to record, and failed to recognize.

I asked Chaun to talk about the project so that its echoes might spread a bit farther.

1. Can you describe the Echo North project? What are its politics?

Echo North is an evolving effort to look at the way landscapes are marked by race. I am attempting to reconstruct black memory from oral stories gathered from residents of North Minneapolis.

North Minneapolis has long been imagined as the “black part of town,” a convenient shorthand for poor, criminal, and sexually deviant, etc. I believe that the way blackness has been remembered and mapped to place in general has obscured black social life, and in North Minneapolis I am attempting to shift the lens. The blackness imagined and articulated here has predominantly been that of the white imagination, so Echo North is a manner of talking back to ourselves, documenting and considering the meaning of our own lives in place over time.

2. Who are you interviewing?

I am interviewing as many current and former black residents as are willing to talk with me: A barber I went to as a child (Corrine Wright) whose shop was destroyed in a tornado; a teacher, and now principal of a school, whose mother was among the first black teachers in Minneapolis and whose father ran a roller rink (Northgate) which became an important site for the development of black music.

There are also informal encounters I have while sitting in an empty lot with my equipment, or connecting with someone by chance at the bus stop or barbershop.

3. How are these interviews recorded? What about the visual aspects of the project?

These interviews are audio recorded and then transcribed. This is mostly a sound project. The visuals are photographs, mostly of vacant lots and abandoned housing owned by the City of Minneapolis. The photos are what I am calling a visual archive of absence. 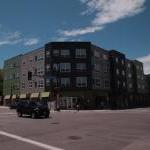 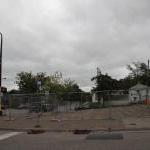 I am interested in what Grace M. Cho argues is observable in absence. So one must really excavate from absence, observe nothingness, and build from it. How might we investigate what Fred Moten calls Blackness and Nothingness? So much of what I want to know about is physically no more, or the city and county have disposed of records, or the newspapers haven’t been transferred to microfilm and are certainly not indexed (a metaphor for black life in Minnesota, miscellaneous and lacking index).

Some of this reconstructing has been to draw the floor plans for Corrine Wright’s barbershop (1991–2011), a place that had great significance for a number of black folks, as did the black-run farmer’s market that operated across the street from it every Saturday for years.

A geographer friend of mine, Aaron Mallory, and I have been using the descriptions within interviews to develop a memory map.

5. What are your goals for the project? What are its ethical/political/practical limitations?

As much as I see the importance and value of this research, my proximity to it all (I live here, I am from here) has me often reckoning with the reality that this work will not stop displacement, or the constant fires, or the state violence brought down upon the bodies seen as out of place. I hope that if Echo North does anything, that it further opens up space for black Minnesotans to consider these otherwise histories (Ashon Crawley’s term here) as a way to engage “otherwise knowledges” that are here, have been here, and will remain.

Decolonizing Methodologies: Research and Indigenous Peoples by Linda Tuhiwai Smith has been immensely helpful in establishing some ethical parameters. The questions that I ask continually echoing from that text are: “Whose research is it? Who owns it? Whose interests does it serve? Who will benefit from it? Who has designed its questions and framed its scope? Who will carry it out? Who will write it up? How will the results be disseminated?”

6. How is Echo North connected to your own writing?

Extremely connected. My having grown up and now raising a family in North Minneapolis, my longing to express the particularity of blackness in Minnesota — all of this has been instrumental in the writing of a forthcoming book of poetry currently titled, Gentry!fication: or the scene of the crime (forthcoming from Noemi Press). In the poems I’m wrestling with landscape, race, and memory but also movement, both as forced removal and flight. Movement is central to marronage (Neil Roberts) but also has been a fundamental part of the black diasporic experience here at the scene of the crime. I’m trying to look closely, to perhaps offer a grammar for those trying to find “a zone of refuge” (James C. Scott).

For even in the wake of displacement, in the absence I spoke of earlier, something is always left. Absence and nothingness are observable.