A practice of 'towardness'

In Sublice, Poland, on the German-Polish border, in a basement of the Collegium Polonicum sits the MyLife Archive, founded in 2004 by Dr. Krzystof Wojciechowski.

This “Archive for Human Destinies” houses over 1000 life stories from Poles and Germans born after 1915. The project draws from past social histories, such as the Ringelblum Archive, which encouraged incarcerated residents of the Warsaw Ghetto to record their own history while it was happening as an act of preservation and resistance.

Last summer, novelist, essayist, and poet Yanara Friedland visited the archive, and on her return began plans for a sister archive to be housed at the Jewish History Museum in Tucson. I asked her to tell me about it.

Julie Carr: Can you describe the origins and motivations and plans for MyLife Tucson?

Yanara Friedland: When I visited the Archive for Human Destinies in Sublice I was stunned by its subterranean quality. Stories are literally housed below ground in an area that had suffered some of the worst political violence of the twentieth century. I found myself completely taken over by these individual accounts — some ten pages long, others over a hundred — their particular circumstances, their fates within the larger fabric of collective history, the endless ways in which they survived or died, the endless ways in which they understood their own choices and responsibilities. I would begin reading, perhaps feeling very little, but by the end would find myself humbled. Each life held so much mystery, grandeur, suffering and odd triumph that I truly felt myself to be in the company of saints. How does that happen? I rarely feel this.

How does a full testimony, a lengthy life story, transmit existential knowledge? Recently, I have the need for elders, for truly wise beings, and I realized that the generation I was reading held certain keys that are instructional. Their stories hold survival instructions, rendering present the layers of life upon which I/we stand.

I am adopting many of the MyLife Archive components established at the CP Institute, but aim to expand into intercultural dialogues between Jewish, Latino, indigenous, refugee, and other communities in Arizona. Our first iteration will focus on people who have experienced forced removal.

Carr: Tell me about why you’ve chosen to partner with the Jewish History Museum in particular?

Friedland: The Jewish History Museum is inside the oldest synagogue in New Mexico/Arizona, built by a group of Jewish women in the first decade of the twentieth century. The neighboring Holocaust History Center, a genocide prevention education center, was founded last February with the help of local survivors. 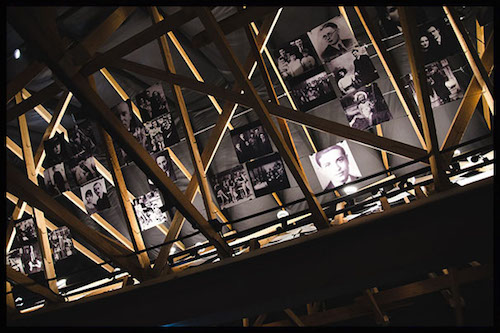 The museum and center are situated between South Tucson’s primarily Latino neighborhood, the historical Barrio Viejo (which saw mass removal of its Mexican American residents in the 1960s), and Downtown. Next door is one of the oldest African American churches of this region, and across the street is the former Mexican consulate. Right now, we are looking at this map, and have begun conversations with people who are connected to these neighborhoods and cultural histories, hoping to use the archive to generate conversation. 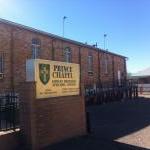 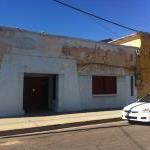 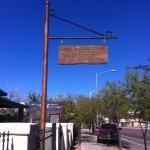 Carr: What are you hoping these conversations will accomplish?

Friedland: MyLife participants with quite different histories nonetheless share certain themes such as removal, relocation and cultural assimilation. These themes are intersectional, working through and between communities often understood separately.

Narratives of forced removal, whether from Jewish survivors of the Holocaust, former Mexican-American residents of Barrio Viejo, refugee communities, or documented and undocumented migrants, draw attention to classism, racism, political violence, and, in some contemporary cases, environmental stress or catastrophe.

Carr: How is this project connected to your own writing? How will it help you move (or has it already) into new writing?

Friedland: The MyLife archive in Poland has become central to my current work and writing, its voices entering into a project called Groundswell. But more importantly, I think, this work has activated a kind of original longing that brought me to literature in the first place. Listening to others’ stories has always been a passionate task for me; sometimes I think it might be my only true craft.

Through my encounter with the archive I was brought back, quite forcefully, into the long form of life story, the beauty of sitting through it. This feels like an important gesture for my generation, as it demands endurance, patience, intimacy. I felt little judgment reading these lives, yet was ethically implicated, following each turn closely. This is helpful. A practice of “towardness,” a presence.