I believe that we will win

On tears and trains

So, AWP happened. It sometimes seems a bit shameful, a little shameful, to go. Like a form of selling out that also includes fessing up to your departmental cash and admitting to your desire, that might be worse than everyone’s desire, for attention, but might be more kindly described, by you to yourself, as only the human longing for company. But I did go, and those mixed feelings — which also include feeling obliged to represent: the press, the other press, the program, the other program, one’s friends, one’s fanboy or fangirl desires and crushes, one’s “self” — got mixed up even more with other things. The visits to the Senators’ offices, which included a melting-down Staffer, Staffer to the GOPER: Cory Gardner of Colorado, now growing famous for slipping out the back door into a waiting car while his protestors/constituents who he pretends are paid and eighteen of whom he had arrested shouted for their own health and dignity. “Melt-down” might be a little wished for, but she did, after dutifully taking notes, and perhaps dutifully calling the group of citizens describing their illnesses and the illnesses of their beloveds “hostile,” suddenly gasp and say, “But I voted for Hillary! I’m scared too! No one knows what to do! You have no idea how awful the climate is here!” So that some in our group pitied her and a little bit mothered her, and certainly we apologized for being “hostile,” though in fact we knew and loved people who without the ACA would no doubt now be dead or homeless if they were not, in fact, already homeless. And after this meeting we were met by the wind, which blew pretty hard all three days long but finally calmed at the end of Saturday when I wandered down to the 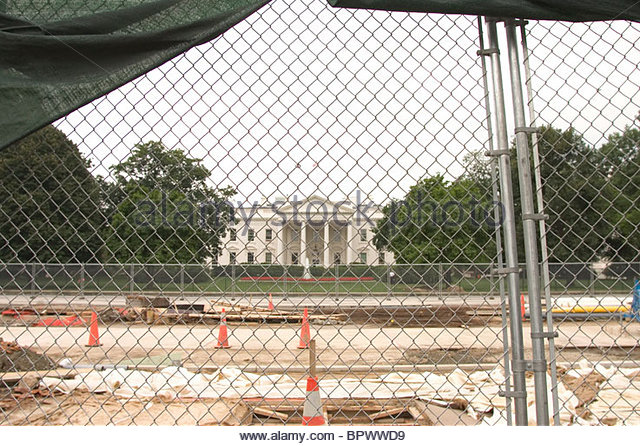 to join up with everyone, to vigil (stay awake) for our right to speak, but found myself first folding into another group, marching and chanting for Immigrant Rights. 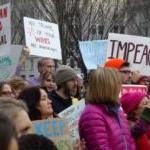 But before that there was different crying, in the room with the thousand pointless chairs, where Kazim Ali, Tracie Morris, and I led some writers, who included my sister, through a series of breathings and movings and imaginings, all of which had to have been the simplest of beginnings, the most obvious of necessary thinking with our bodies, and yet I noticed that it had taken so very little to encourage the tears of at least five people, crying because someone had said, breathe. After that there was a moment when I met Jive Poetic, whose work will be detailed next post or two, who, to put it briefly, is an Insurgent Poet creating events with others, events that are readings, actions, and gatherings for learning such as coat collections, he told me, and when I’d asked whether the Insurgent Poets was a closed or an open group, he said, “When you’re trying to start an avalanche you don’t audition snowflakes,” and we laughed so hard about that, twice.

Later still after our rally / vigil and march, that we loved and needed so badly, 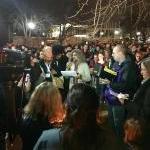 I was on the train, tired and reading, with my little cardboard sign that said “Prez: Read a Book” leaning on my shin, when a guy across the car said, “James Baldwin” and I said right. It was my mother’s copy of Another Country, which I had no business bringing to DC, as the pages were ripping, the back cover having fallen off, and I wanted to preserve her notes, though I couldn’t read them. But soon we were deep in it: Baldwin in Paris, and why did he go, and what it had meant for my co-passenger to have read The Fire Next Time as a teenager and his brother too, who’d been in the military and who, having traveled the world, would always say there is no place more racist than America. Then we leaned closer and with even more urgency: how can we have a president who hasn’t read Baldwin or anyone else, who cannot read or write, whose policies and language seek to entrap, disable, deport, disinform, and destruct, so that suddenly it was our stop and the doors were almost closing; we bolted and made it out, first him and then me, though I stood still for a moment, unsure whether in fact this was my stop, or if instead I’d just leapt because he had and I wanted somehow to stay with him.

I flew home the next day through a jolty rough sky with the gift of a Bomb sticking out of my bag and read there the amazing poems of Frances Richard, one that speaks of the Nigerian girls, saying only “girls” in such a way that we know which girls, but as if they are all girls, and her care, Frances’s, makes a space for the broken heart to break more. I will end this post with her question: “how / to notate distance, terror” and only answer that she does, because writing — because books — are the social project. 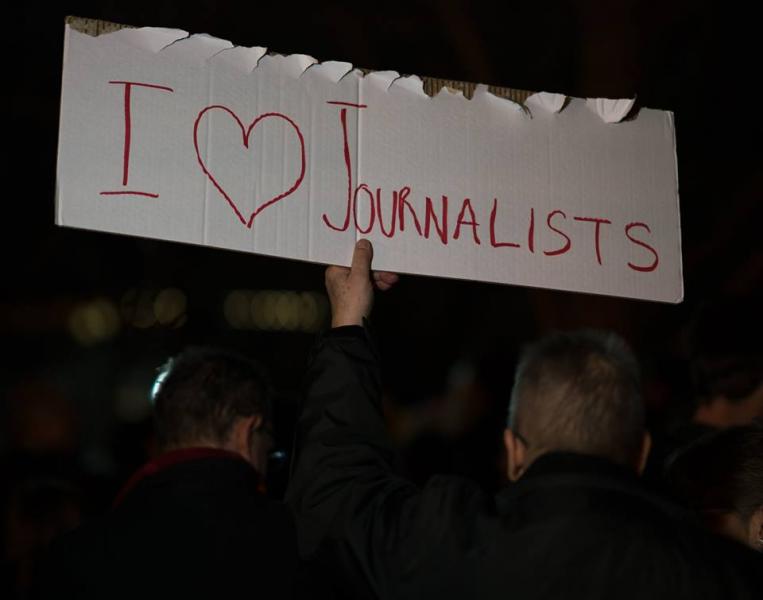