Two collectives: anon and not

In The Human Condition (1958), Hannah Arendt describes three central human activities: labor, work, and action. Labor “corresponds to the biological process,” and includes anything we do to keep ourselves and others alive: food production and preparation, cleaning, childbirth. Work is whatever contributes to the “world of things,” the made world: craftwork, construction, city planning, but also the creation of works of art and of laws. So what is action? The vita activa, she tells us, is the life devoted to “public and political” matters, though we learn more about action’s conditions than its constitution. Action is possible only in plurality, only when humans come together as a collective. Action is deeply tied to speech and to the innate desire to disclose our human particularity: “In acting and speaking, men show who they are, reveal actively their unique personal identities and thus make their appearance in the human world.” Action is uncertain, even fragile, and is tied not to clear outcomes but to beginnings. Collective action is power.

The power of collective action, writes Arendt, is greater than the strength of tyrants and can only be overcome by sheer and total violence. This power, however, is not guaranteed by the fact of gathering. “Power is actualized only where word and deed have not parted company, where words are not empty and deeds not brutal, where words are not used to veil intentions but to disclose realities, and deeds are not used to violate and destroy but to establish relations and create new realities.” 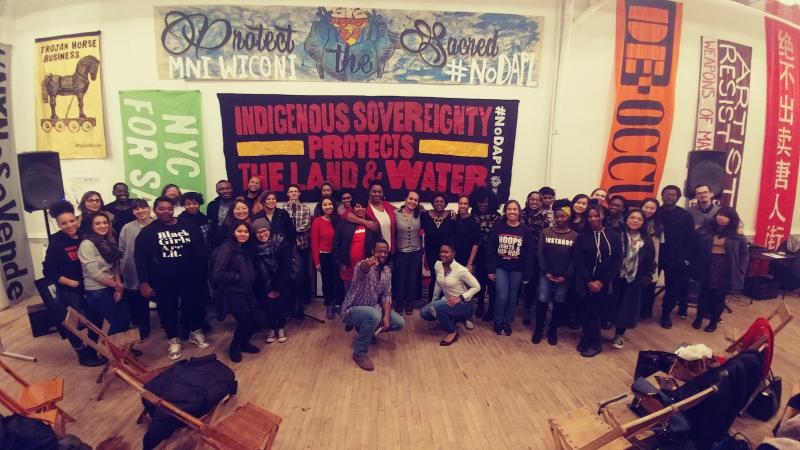 And so, in an attempt to think about Arendtian action in the context of poetry, I turn to two collectives who differently foreground plurality, speech, and appearance and whose work could be said to be contributing to the establishment of new relations and “new realities.”

Insurgent Poet’s Society, located in New York City, in their own words:

“Insurgent Poet’s Society exists to build and maintain diverse poetic platforms that neither [alienate] nor [exclude] People Of Color. The programs and actions that we facilitate are intended to infiltrate and disrupt artistic segregation that has been standardized by the literary and performance worlds. We do not wish to have our voices fill racial quotas or alleviate white guilt; because of this, we challenge gestures of inclusion that potentially reduce our voices to seasonal ornaments that are only displayed during specific heritage month celebrations. Our work is to position marginalized and oppressed voices as tools to engage culturally, emotionally, socially, and politically without feeling exploited in the process. We write and perform acts of resistance while collecting and redistributing resources for survival.”

With these goals in mind, IPS creates events for poets/performers of color and also presentations by activists and community groups. At these events, as Jive Poetic (one of the group’s founders) told me, there is also often a particular and concrete action, such as a coat drive, voter registration, a grant writing workshop, or a protest at the Brooklyn Arts Museum. But, importantly, the performances themselves are also actions in that they mobilize resistance and destabilize the centrality of whiteness. Again Arendt: “In acting and speaking [people] show who they are.”

We could say that IPS offers a precise model of Arendt’s “polis” — the public space in which people gather to speak and to act — if her definition of action did not exclude the unheroic care for the body which she relegates to the category of labor. Jive writes, “I knew that something had to be done in order to redirect resources to my community during these times of crisis. But when I say resources, I don’t just mean access to art as a source of cultural and political information. I also mean: clothing, financial support, food, legal support, etc.” Arendt’s divisions are, in some sense, rhetorical. She recognizes throughout The Human Condition that the activities of labor (which she considers private), work, and action slide into and among one another. And yet perhaps she could not see that the labor care, when responding to a state that threatens the survival of citizens, a state that not just neglects but in fact targets many of its most vulnerable — that in such a situation, the labor of care becomes both public and political.

Blunt Research Group, “an anonymous collective of poets, activists, and scholars of diverse origin,” has created a book, The Work-Shy, that centers around the question of survival. Its subjects are young people of color imprisoned in California from 1910–1925 in youth prisons and asylums for the chronically insane. The book offers a series of erasures from direct testimony gathered by the “now defunct Eugenics Records Office, an American organization that helped to shape the international eugenics movement,” as we learn from the book’s introduction. Poems are thus collages of speech by the inmates themselves and by the “fieldworkers” who examined them. Such testimony was sometimes used to determine whether the inmate should be recommended for forced sterilization. In this period, we are told, over twenty thousand people were sterilized in California. 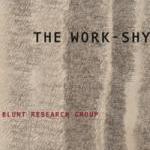 To encounter this archive is to recall, as Pankaj Mishra has written, “the history of modernization is largely one of carnage and bedlam rather than peaceful convergence, and that the politics of violence, hysteria, and despair was by no means unique to Nazi Germany, Fascist Italy or Communist Russia” (Age of Anger, 17). Described as a practice of “close listening,” The Work-Shy attempts to let its subjects “speak” out of history, to allow them a space in the “polis,” one could say, if our polis could include the dead.

boy says it’s hard for me to remember

he begins to cry.

As a work of documentary poetics, the project shares much with other key texts in the field such as Reznikoff’s Testimony, M. NourbeSe Philip’s Zong!, or Mark Nowak’s Coal Mountain Elementary. Those works also draw on archives, gather language from the speech of others, and attempt, through collage, erasure, juxtaposition, or reconfiguration, to give voice to the silenced. What’s different here is the anonymity of the BRG. There is speech here, the speech of the dead. But the actors, the BRG themselves, remain undisclosed. The importance of appearance in Arendt’s concept of action can’t be overestimated. The actor, she writes, must be “willing to risk disclosure.” And yet in her configuration of “action,” listening plays no part.

Maybe action is quiet. Maybe it is care.