Since 1999, Andrew Maxwell, Joseph Mosconi and Ara Shirinyan have curated various reading series, journals and publications in Los Angeles, often under the banner of the Poetic Research Bureau. For the last few years, the PRB has shared an artist-run storefront with the Public School at 951 Chung King Rd. in Chinatown. Self-styled “Directors,” like canvas-backed Hal Roach rascals in an industry shantytown, they plant a flag in the Northeast of the city, and think back to the precedents.

PRB haw! The wink was to the Pre-Raphaelite Brotherhood, of course, whose socialist and utopian enterprise, however retrospective, seemed a perfect matryoshka for a fictive and projective collectivity that assumes a poetic commons is always at hand – portable, mutable, open to revisioning.

That would become the Poetic Research Bloc – what we made in 1995 as two 20-somethin’ NorCal fellas (Macgregor Card & me), taking “research” to be a marriage of the Proustian and the ‘pataphysical. We attached it to a brief, occasional magazine (The Germ) – a “valise fiction” collecting philosophical toys, obscure exercises, exotic substances. Hobbyist utopia at large; if small-bore, recherché. “Bloc” was to poke fun at the millennial tendency to reduce poetry and community to factional and oppositional enterprises that might somehow defeat transnational capital, as opposed to box-fort punk improvisations built on curiosity, flashing affinities and experimental friendships. Literature as creative commons, open at its face, subject to re-use. Where we were able to succeed, it was always with that spirit – that there are no real authorities or prohibitions in literature – there’s nothing preventing you from just writing John Ashbery and asking him to read in the cavernous art space off skid row you’ve borrowed for weekend readings, and trading him a VHS tape of an old Dick Dix film and Guy Maddin shorts to stand at a podium next to a stuffed spray-painted horse and read from Girls on the Run. He just might say yes (and he did!). 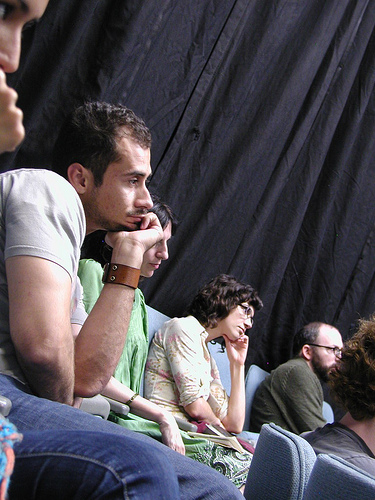 Mac and I ended up getting jobs on different coasts, the magazine became a reading series that I lugged around to different Los Angeles venues, and the Bloc became a “Bureau” – another pun on the longstanding Angeleno conceit of DIY storefront investigators. For about five years, I had a little bureau-desk from which I’d just write every poet I wanted to hear or meet, ask them to come to LA, write them ridiculous long-form introductions, and pay for it all out of pocket, as opposed to eating or dressing well or getting my teeth fixed. You can fill up a life (or a decade) this way. For a few years, my other lives got busy and the PRB took a nap, but Joe and Ara banged some pots, and woke it up for another go in the late-oughts. Any given literary gig is usually just the work of one or more cuckoos with poor impulse control coaxing strangers together into low-rent forums. That’s still the case, almost two decades later. Cultural tithing, theft, pastiche, appropriation, improvisation – stuffing the fiction into the valise, stringing yourself out in “off-hours”, getting friends to help. Mostly it’s just trying to sustain a portable commons where friendship and freethinking can happen. As “directors” and “curators”, we don’t have to always agree on literary value – and we don’t – but keeping a free space open for encounter, proposition and collaboration – that’s a sustainable premise.

For years, the reading series at Dawson’s Books run by Andrew Maxwell seemed to be the only poetry series worth attending in Los Angeles. Occasionally Douglas Messerli would host a salon at his cramped offices near the tar pits, usually featuring a reader from his deep roster of Green Integer poets, but those events were invite-only, and you weren’t always invited, and anyway everyone there was from an older generation, had different concerns, creaky aesthetic tendencies. As great as it was to see, say, Bruce Andrews declaim the classics, attending always felt like crashing someone’s mid-century dinner party. The open readings hosted by Andrew turned out to be a considerable education. At Dawson’s you never knew who might show up: Tom Raworth, Eileen Myles, John Ashbery, Barbara Guest, Harry Matthews, Will Alexander and younger writers like Macgregor Card, Katie Degentesh or David Larsen. One time Stephen Rodefer appeared with a bag of what looked like obsidian and silt. He said it was Lautréamont’s ashes. 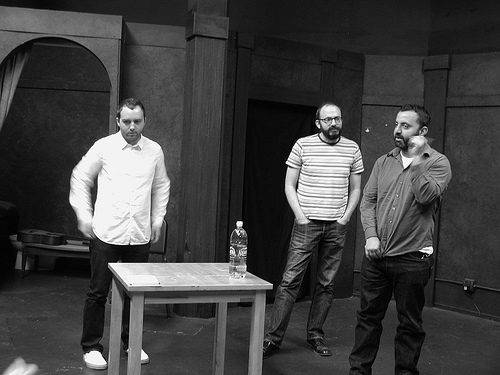 At some point all that ended. But the city, because it is a bright and guilty place, is resilient. Beyond Baroque was always an option. Jane Sprague started up a reading series at her house out in Long Beach. Jen Hofer used to hold these big parties at her place in Cypress Park where you could see jug bands, avant-garde poets, experimental films, puppetry, all kinds of crazy stuff. I met Ara Shirinyan at one of those parties. I’d only known him online previously, through the network of poetry blogs everyone seemed to have at the time, even though we only lived a few miles apart. He told me about a reading series he ran with Stan Apps and Teresa Carmody at this punk club downtown called the Smell, and I started going to those. You could hardly hear the readers over the cumbia blasting through the walls of the dive bar next door, but it was a relief to attend a consistent experimental reading series again. Around that time I began editing a journal with Rita Gonzalez centered on poetry and visual art called Area Sneaks. But what really seemed to bring the whole scene together was the series of conferences Matias Viegener and Christine Wertheim held at the Redcat theater downtown: Séance, Noulipo, Impunities, Feminaissance. That’s where I first met Mathew Timmons, Amanda Ackerman, Harold Abramowitz, Allison Carter, Aaron Kunin...all these writers who now seem such constant presences in Los Angeles. Now there are so many poetry events spread throughout the city that it’s impossible to attend them all.

I started publishing Make Now Press about 13 or 14 years ago. I knew it was possible to run an independent press because I had come up in the punk scene in Los Angeles and to me the operation was much like running a small record label. Exactly. In those days I was hanging out with Stan Apps a lot, knew Andrew Maxwell through music first (our bands had toured together) and then through his Dawson’s series. Joseph Thomas and Catherine Daly too. The first three books I published were: Raymond Federman’s The Precipice, Ian Monk’s Family Archaeology and Kenneth Goldsmith’s The Weather. That was 2003. Soon after I met everybody else: Mathew Timmons, Christine Wertheim, Matias Viegener at a reading I had organized for Joseph Thomas, Ian Monk, and Kenneth Goldsmith. I met Joseph Mosconi at a party at Jen Hofer’s house and later at a Green Integer launch for the Southern California Poetry Anthology. Only two poets under 35 were included in that anthology. 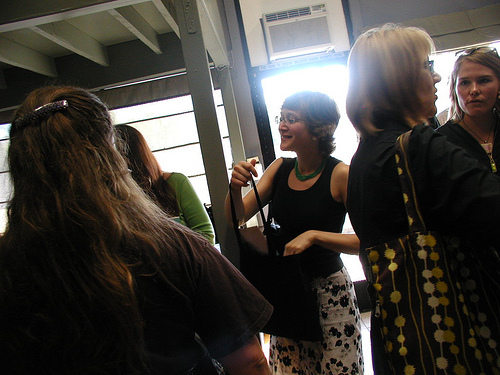 “The Smell Last Sunday Reading Series” started some time in early 2004. Originally Catherine Daly and I curated the downtown series until Stan Apps stepped in to help. I had met Stan at a party in the late 90s, I think. Then, after publishing the Federman book, or during the design phase of it, I ran into him on my way to lunch one day in Silver Lake. It was meant to be. Then Catherine Daly stepped away and Teresa Carmody joined the series. After Apps left, Teresa and I asked Joseph Mosconi to help us; he seemed already part of it anyway. After Carmody left the curatorship (Teresa started a new reading series with Anna Joy Springer and Janice Lee called Mommy, Mommy!), we merged the operations with Andrew Maxwell and moved the series to Glendale. That’s when we became the PRB. We are now based in Chinatown.

The aim is simple. We value literature serious in its experiment. What we do comes after Object, Mountain, Language, Concept. Our operation is spurry, ‘pata-physical, meta-quixotic, but always mindful of the Commons, as Mr. Maxwell would have it.