'Beyond Baroque': A seminal ray encircling the planet

A beacon beaming rays through the mists of an inclement realia not unlike a lighted mount above a sequestered alabaster grove. This being Beyond Baroque, a refuge for imaginal practitioners. Not a mirage mind you, but a living amplification of language, operative since the latter '60's, prior to all the poetic bureaus and seminal presses of the present era. It pioneered, took chances, paved the way as an alchemic hive, as a living poetic habitat.

Not a mirage, but a three-dimensional facility, housed in the old Venice City Hall, constructed circa 1908. As stated, it remains a poetic refuge, but more than a refuge, it is a zone where poetic combustion transpires. Certainly not a space which appeals to the psyche of technocrats, or to poets buffered by disposable income and unwarranted status. It is a place where mud can withdraw and smolder, where the imagination can alchemically teem, and is given the liberty to blaze.

As its Poet-In-Residence I have never been hounded by a sub-surface gravity herding me into zones of conventional expression. Never has there been ideological susurration shadowing my choices of individual readers or my predilection concerning the selection of readers or in construction of collective events. Which is increasingly rare in an era of state sponsored surveillance, in an era in which the general mind is super-imposed with extrinsics, all the while hounded and at the same time comfort driven.

Beyond Baroque remains a Foundation fortified by the bones of integrity, an integrity not unlike an organic inherence, running as an unbroken lava from its founder George Drury Smith to its current Director Richard Modiano. 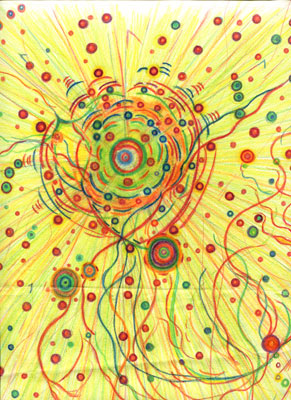 Workshops for the poet, the novelist, and the screenwriter all gratis. Which remains diametrically opposed to an active commercial tenet concerned as it is with draining one's personal coffers. Instead, at Baroque there is concern for sustainment of the long term, of the irreplaceable elements in one's creative spirit.

Baroque's motto: "a place dedicated to the possibility of language." Because of this dedication it retains its hardscrabble demeanor, its take no prisoner approach to comfort, in spite of the passivity which now brokers the fuel of the bourgeoisie personality.

Its presence is like a grace conferred upon the Los Angeles region, and beyond that, a subliminal icon bending its rays like a seminal wind encircling the planet. 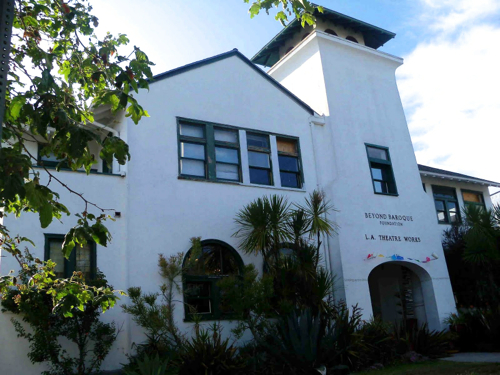