Habitable sentences of the poet's novel

Lyn Hejinan writes in The Book of A Thousand Eyes:

“The bed is made of sentences which present themselves as what they are
Some soft, some hardly logical, some broken off
Sentences granting freedom to memories and sights” [1]

If a bed is made of sentences, then we take rest, converse with the unconscious, locate freedom, the intimate, night, dark, gestational silence, the forming of images and ideas — all within what can be built from an assortment of varied sentences.  Sentences become our increment, lumber, and leisure.

Lisa Robertson writes in her recent book, Nilling, “The most temporary membranes serve as shelter.”[2]

What is it about the sentence that encourages one to stretch out?

Is attraction to the sentence part of the appealing lure of the poet’s novel?  Are there some novels which do not function at the level of the sentence?  More likely there are novels with hybrid or visualized moments, pages, chapters or asides which function at the level of the word, phrase, or repetition of a particular sentence to the point that text becomes an invocation or mandala, challenging how many ways one may read.  I’m thinking specifically of the poet’s novel, Language Death Night Outside  by Peter Waterhouse (translated from German by Rosmarie Waldrop).  For instance: 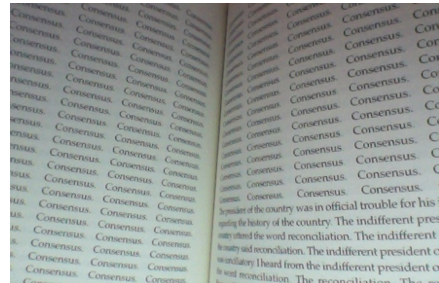 The space of the pages here create a pause or meditative lull in which the reader is forced to change modes in approaching the text.  At the same time, the way this visual text is embedded in the novel  stands in to repeat the laborious process of political movement which is described on the pages which come before.  When our eyes fall on this amphitheater of text we must climb, as we have climbed through other processes in the text.  We are challenged to remain amid the thicket of words in a manner similar to the way that participants in the text are carried through predicaments which circle and continue indefinitely.  One could dwell on a page endlessly, or choose to continue on with the speaker.  Both aspects of the book are true.  Therefore one way to talk about a poet’s novel is a book which allows many possibilities of reading, and by reading I don’t mean interpretation, but the physical process of holding a book and turning pages, rotating a text, and also the question of how much time elapses with the reading of a single page.

Various  forms of repetition are employed  throughout the text, such as the use of “I” and “we” followed by actions and locations, yet dissociated from any temporal or limited identity.  The image above is one instant which departs from the sentence, but for the most part this text relies upon the sentence in order to move fluidly from one scene or impression to another.  This text explores identity, consciousness, and historical and political processes mostly through sentences which unfold and pronounce concrete observations without employing chronology, storytelling, or even one location, language or speaker.  The “I” and “we” in the text are various, collective, and able to float between passages which shift direction almost mid-thought.  The effect is not jarring, but more leaping and associative as one expects in poetry.  Reading this text, one is freed of the sense of an individual telling or being, and yet, the work is  filled with short clipped musical sentences juxtaposed against each other  which impress an embodied and personal relationship to shapes of desire, containment, connection and bewilderment.  I want to call this book a moving still life.  But nothing in the text is still, inanimate objects sometimes create direction or action, and the concentration is not on the concrete things described but how one relates to one’s surroundings and circumstances at any given moment. Gesture is supreme.  Every movement feels immediate, whether it be a walk through a city, an argument, a realization.  Language animates thought:

One could argue that the speaker, containing a multitude of perspectives, is visiting a life, notions of a life, as if one could walk through and touch passages, persons, memories.

“Grandfather was a memory.  Later the earth smacked its lips.  One threw something into the pit.  I did not want to do that.  I looked with both eyes.  People standing there had two arms each.  The city, too, had two arms.  I wondered about that.” [5].

At the same time observations are not detached and are constantly shifting.  The overwhelming sense we have is of a thinking being to which life continues to happen without pause.  At times the perspective is as if swooping down from above.  At times it is so close as to be almost unbearable.  But mostly, a body moves, sees, perplexes.  What makes this text habitable, is the connective circuits, which are entirely unlike any I have ever encountered.  The speaker perceives something, and then proceeds by an interior analysis of that thing that propels him to the next observation, as if by touch.  So we are back again, at this notion of the poet’s novel as linked to extraordinary movement. 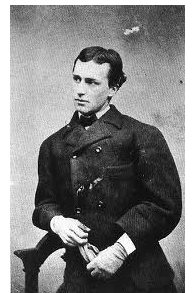 But back to the sentence, I return often to the novels of Henry James and also to Proust, when considering the sentence as an abode, a location.  This has been my experience as a reader- that this elusive form is in some ways characterized by the use of the sentence as an unorthodox, multi-valent dwelling.  While one could be happily lost in the strikingly original connective tissue between the sentences of Peter Waterhouse, one may be elaborately and joyously uncertain in the sentences of James and Proust.  A sentence becomes a place to remotely live, to question, and in itself, a form to untangle.  Each sentence a small world, a tiny novel or prose poem. This density and unabashed celebration of prosody is a refuge from the whirlwind of novels in which one is propelled by story to come to the end of things.  The wanting to know what happens, instead of being a catalytic force turning pages, becomes a journey within each sentence, thus suspended more slowly.  An elaborate poetic sentence is like the concentration of deliberate stillness in which much interior movement takes place.  To see the movement you have to do more than  read. One has to peer into the sentence as if looking through it’s many windows.  Sentence becomes dwelling or character. This is the concentration necessitated in reading a poet’s novel, a world we might miss entirely if we do not stop to ask, where is the window?  Where is the door?  May I climb onto the roof and gaze through the chinks which need patching.  Thus the reader becomes at once acrobat, astute upon ladders, a tree climbing parachuting visitor. How to arrive, how to enter, wondering always about vantage, and a carefulness in approach.  Waterhouse writes, “What did not express itself, was silent over there, but sounded here, seen from the railroad embankment, like the text of an invitation, like speaking to, pulling toward, saving a place for.” [6].