A few months ago, during Robert Grenier's most recent visit to Philadelphia, I sat with him — joined by Bob Perelman and Ron Silliman — and talked about his life and work in the early period, covering roughly 1958 through 1964. We talked a lot about his experience (in two stints) at Harvard. During the second of these he met and was taught by Robert Lowell. In between he wandered to San Francisco and met Robert Creeley in New Mexico. The recording of this 1 hour, 16 minute discussion is available on the Grenier author page at PennSound. Here is a direct link to the audio.

New at PennSound. When Susan Howe visited Rachel Blau DuPlessis' class at Temple University, in December 1986, Rachel had the presence of mind to record the conversation. And years later she re-found the tape, gave it to us at PennSound, whereupon we converted the recording from cassette to digital audio. Now Jenny Lesser has segmented the whole recording into short "singles," by topic. Here is the list of the topics (and recording lengths). Links to these, and to the whole discussion, are of course available at PennSound's Susan Howe author page: 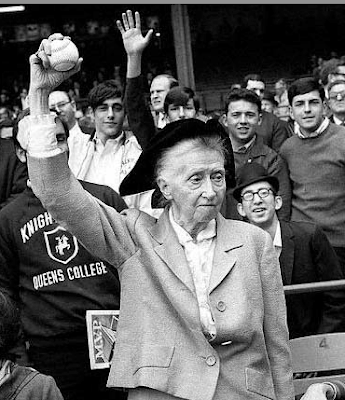 Baseball is a language, and, for the fanatic, it is language. It is the baseball fan who continues to make language baseball’s lingua franca.Baseball is a language, and, for the fanatic, it is language. It is the baseball fan who continues to make language baseball’s lingua franca. No more attentive fan of the Brooklyn Dodgers than the poet Marianne Moore ever attended games at Ebbetts Field or read accounts of their ultimate failures in the New York Times the next morning, and the evidence of that strange attention is of course in the poems. Her Dodgers finally won a World Series in 1955, and she combed through New York Times sports-page coverage, pulling phrases that specified her exultation, and made “Hometown Piece for Mssrs. Alston and Reese” something of a collage. From its rhymed title on, the poem seems to poeticize the unpoetical and thus create high-low ironies, but when one lays the poem beside clippings from Times coverage of the Dodgers, and carefully compares them, one realizes the extent to which this writing about baseball—this writing through baseball writing—doesn’t so much restate as rewrite the already published journalism. In doing so it discloses the latter’s myriad normative phrasings, utterly inconsequential and fascinating only when considered out of context. How could contextless phrases such as “get a Night” and “stylist stout” sufficiently convey Dodger mania? Yet they do. Moore is typical of the baseball fanatic in internalizing sportswriting diction only in the particular, and into her own writing—a fan’s writing—assimilated this quality beyond the need of quotation marks; she was beyond creating scare-quote ironies: irked by one misplay, a specialist versed in an extension reach, Podres on the mound. These, though borrowed verbatim from the New York Times, are simply presented in the language of the poem. Are they her words now? She implies no claim of authorship, nor of methodological uniqueness, for the poem itself implies, of its readership, that almost anyone who listens to or reads about baseball over the course of a sufficient numbers of days, or seasons, will be capable of reproducing phrases like "a specialist versed in an extension reach," despite its odd abstraction, its slightly unidiomatic quality, its seemingly contrived “poetic” assonance and consonance. Marianne Moore’s point is that such phrases are not poetic. They are in the ambience. The fan dating back to the 1930s, for instance, makes the mere substitution of “skein” for “string” and in doing so sufficiently conjures a whole ethos. “On August 3rd [1933],” Roger Angell remembered, “Lefty Grove shut out the Yankees, terminating a string (sorry: a skein) of three hundred and eight consecutive games . . . in which the Bombers had never once been held scoreless.” This is not merely adept verbal imitation. It is the word as entrypoint for whole contact. Possibly our most self-conscious writer of baseball writing, Angell has frequently claimed to despise the baseball-is-life/life-is-baseball conceit. Yet an essay in Once More around the Park and Game Time finds its way—-characteristically moves toward its unanticipated main point—not narratively and certainly not thematically, but along an associational sequence of words and phrases conjured from someone else’s account of a game. Finding himself at one point rewriting the play-by-play account of a Fourth of July weekend game between the Giants and the Cardinals, his writing of the old words merges into those of reporter John Debinger, and here are some: “dazzled a crowd,” “bewildered the Cardinals,” “master lefthander of Bill Terry’s amazing hurling corps,” “broadshouldered Roy Parmelee strode to the mound.” He comes to the point of remembering his father’s love of the game, and then his own love of his father, by way of remembering his own love of the language used by others, in his father’s era, to describe the game. He bears out his hatred of baseball is like life but affirms baseball is like language.

Angell in “Early Innings” discovered as he wrote that recalling the language of that baseball era with more rather than less accuracy, at the level of tone and diction, meant a more rather than less complete psycho-emotional presentation of his childhood. The essay would finally about his father, or more specifically the extent of the father’s connections to the present writer, and the turning point is Angell’s admission that the topic was latent, unconscious, and that the necessary method was that of unintended disclosure—the revelation of the writing’s very topic. “When I began writing this brief memoir,” he self-referentially confesses, “I was surprised to find how often its trail circled back to my father. If I continue now with his baseball story, instead of my own, it’s because the two are so different yet feel intertwined and continuous.” And only then, three pages from the end of the piece, does the fan begin to narrate the early innings: “He was born in 1889 . . . ,” etc. The game itself, as always, begins at the beginning, but the fan’s work of writing through the game ends there. Prior to that is (for so many, so often, so continuously) the discernment through writing of the reason for this inversion. A half page above Angell’s “I was surprised to find” confession—prior to the birth of the father—the son keeps his first mitt “in top shape with neat’s-foot oil,” and only after instating the practice learns the etymology. “What’s a neat?” he remembers asking. Then they pitch and catch. Then the young emergent fan, now the older eminent writer, rediscovers the precisely appropriate diction, chooses to reproduce it and addresses us: “Yes, reader: we threw the old pill around.” 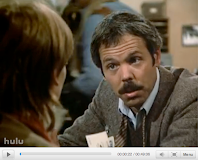