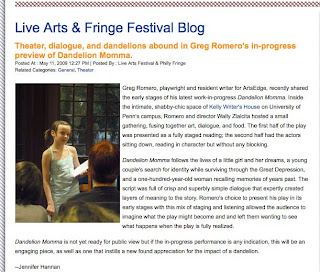 This was the first year of our ArtsEdge artist-in-residence program, which 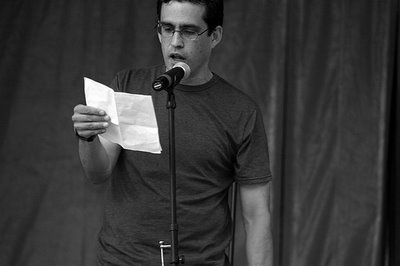 The new episode of PoemTalk is out today — about Rodrigo Toscano’s poem called “Poetics.” Listen here. 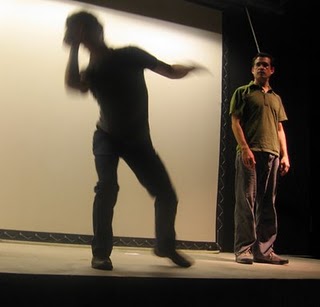 We know one poet who can bring Kim Jong-il, Montezuma and Maggie Thatcher--and us--together to the table. It's Rodrigo Toscano, and more specifically the Rodrigo Toscano who wrote the poems collected in the book Platform. The word "platform," Al notes in this newest PoemTalk episode, suggests something programmatic, something being contended overall. And one plank, as it were, of this platform is--for Toscano--the relatively light (comic, playful, quick) poem "Poetics," suggesting an aesthetic program, maybe even an ars poetica. Taking this titular cue, the PoemTalkers this time, Randall Couch, Linh Dinh, and Emily Abendroth, sought to piece together the ranging geo-political references, heard the many different registers, tried to place them in a musical idiom, and either concluded that the "Psycho-Acoustic[...] / Jangling" makes a beautiful sound and has a special political force or that the jangling, while beautiful, puts the platform's meaning just out of reach. Al, Emily, and Randall take the former view of the poem, while Linh, in a dissenting mood, takes the latter.

That musical idiom is jazz. The political import of "Pyongyang"--the jarring disharmonious pesty capital of North Korea, an uncooperative element in any poem--leads us in one direction. But its sheer sound sounds more like jazz than communism.

lexicals
in range
clash
and dash out

"In Walked Bud" is a Thelonious Monk piece (made into a soundy poem by jazz-minded Amiri Baraka). The session is what we call a gathering of jazz musicians somewhat improvisationally making their special noise, always a greater aural whole than the parts alone. The poem is a geopolitical session. The lexicals brought within range "clash," yes, but they also "dash out": appearing off the scale, as Pyongyang does in almost any so-called postcommunist discussion, and yet crazy musical 14ths can be worked just right to produce "perfect fifths / effects."

If you like this poem, it's because Toscano helps you imagine that the improvised postcommunist joint can start hoppin' and that a poem is just about the only place, for now, where such a "real summit meeting" (jazzworld phrase for bringing together just the right [blues] elements) can take place. 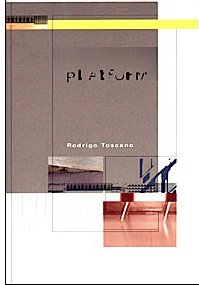 Really? Does Rodrigo Toscano really want Margaret Thatcher to join in--"as guest / jew-harp / soloist?" Sounds like a good deal of mockery there. But if she does join this performance of a Postmodernity Rag, notwithstanding the "formative / contradictions" of the European Union remaining "unresolved," we are left in the end with a reminder that we are all implicated. Postmodern political life makes a "ho'" of itself, just as Maggie does, just as we do. Emily Abendroth comments on this: can we like or accept one aspect of postmodern life but keep clear of and unimplicated in the rest?

You got the microphone now, so...let's hear it. From the platform, your oration might begin: "A specter is haunting poetic discourse...."

Here's our PennSound recording of the poem, made in Buffalo in November of 2001.

My audio letter to the world 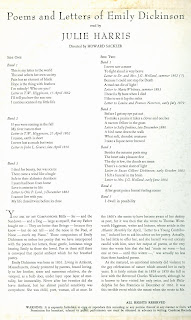 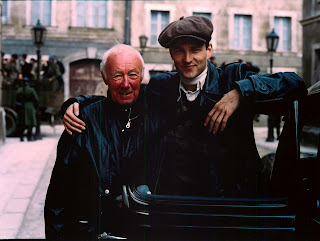 Only very rarely — and even then, cautiously — do I think of heroism in the old-fashioned sense.