A version of this paper by Edward Burns, titled “So I Went on Looking at Pictures: Gertrude Stein’s Last Decade,” was delivered as part of Sundays at the Met, April 29, 2012, in conjunction with the exhibition The Steins Collect.

Joan Retallack on Stein's war years from her introduction to "Gertrude Stein: Selections"

(The "Stein and History" section of Retallack's  introduction is available as a pdf here.  She wrote this headnote for the Stein dossier.)

On the outskirts of the Frieze New York art fair 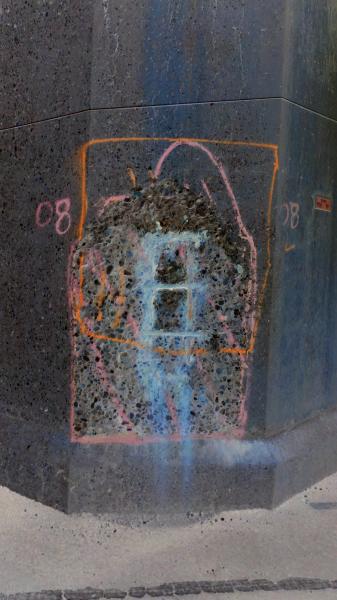 Karen Randall started Propolis Press in 2001. My introduction to the press was Rosmarie Waldrop’s Within the Probabilities of Spelling, produced in an edition of just eighteen. A few years later, I had the pleasure of meeting Karen in person in New York, and a few years after that, I had the pleasure of including her edition of Christina Strong’s The New York School in Poem & Pictures. Other poets published by Propolis include Nancy Kuhl, Elizabeth Willis, Jane Rice, and Randall’s own poems. The images in all of the books are created by Randall, who is the leading authority on four-color letterpress printing on gampi.

She is currently collaborating on an artists’ book with Lee Ann Brown entitled Bagatelles for Cornell, which includes three poems written in homage to Joseph Cornell accompanied by Randall’s digital collages printed via cyanotype and gum bichromate photography, as well as mixed relief techniques. She is also collaborating with Anne Tardos on Ginkgo Knuckle Nubia, a segment in The Dik-dik's Solitude (Granary, 2003).