These ladies are not afraid to rage against the machines: part two

In part two of this commentary post, I will include several poems by the poets featured in part one, furher emphasizing their frankness and willingness to speak their minds about cultural connections and disconnections as Kiwi Asian poets, as well as about how they see Aotearoa New Zealand per se.

I will also feature Shasha Ali and her own comments with regard to the questions I asked other poets, in part one.

Let’s commence with a poem by Aiwa Pooamorn. This poem really reinforces the rage felt at times by these women, caught between cultures.

Welcome to the Stay at Home Mothers Club

to watch Thomas the Tank Engine

once baby goes to sleep

for my drunk white kiwi boy to come home

Excitement is peeking out the blinds

at the crazy corner house

lord of the flies children

A white old man sits on the porch

come get it n-word

I don’t know how I ended up being

a stay at home mother

Why didn’t you go on the pill

every other woman in New Zealand does

spare our kiwi men the indignity

Once in a while

I air out my dirty laundry poetry

in the town square

squat in the corner

When a woman gets too powerful

she has to flee

all over red buffalo rice fields

an evil woman worse than a whore

I wish they would serve wine

when no one judged drunk mothers

I dreamed I had an affair

with a beautiful ladyboy

he’s had dreams of cheating on me too

When we have sex

in her pink tulle dress

with tiny ruffles for days

And I dream of going back

to the old swampy neighbourhood

in Bangkok where I grew up

from the food truck auntie

by sweet lady fingers of bananas

and round green eggplants

in her kaeng tai pla

so spicy I drown in monsoon floods

a torrent gushing out of my vagina

even though she’s my dad’s concubine

I can never quite go back to Thailand

the same person I was

my parents say I’m too wide

to squeeze through the narrow sois

a maze of alleyways

tangled up in my sexuality

How about this poem by Wen-Juenn Lee?

Malaysia is a prologue
I am ashamed to write.
friends etched chapters out of countries
built and shaped their lives
with homes in their mouths
but Malaysia falls flat on my tongue
Malaysia is
good
or fun

but how do you condense
contented isolation
confused exhilaration
a stranger in your home
a wai guo ren
in a single word?

but where are you really from?

my skin is not white
but where are you really from?

I speak with an accent that clings.

Shasha Ali now resides in Singapore, after years spent in the skinny country, Aotearoa New Zealand. Her responses to my questions follow.

Do you ever feel that you are compartmentalized into a certain category of Kiwi writers, because of your heritage? If so, what is/are such arbitrary categories? Does such compartmentalization affect what you write? I only started writing and sharing some of my work more publicly between 2013–2015, while I was a vocalist for an Asian tau iwi feminist punk band in Auckland and working for Shakti, an immigrant women’s organization. I remember being intentional with my performances, specifically in highlighting issues related to people of color. So, I do feel that in some way, I was purposive and embodied; then determined how I wanted to be compartmentalized by the mainstream. I anticipated being called to comment, speak or write as an Asian and/or brown and/or Muslim feminist. Sometimes I even volunteered myself when I had a strong opinion to share. However, as an indigenous person in diaspora (Malay Singaporean), I am rarely referenced as such within Aotearoa’s context. These days, I try not to think about identity politics when I am writing as I am.

How about any dislocation from both the culture of your heritage and from mainstream New Zealand culture? I have noticed quite a bit of dislocation/distancing, even alienation from both sets of culture in several of your works, with the poet sometimes caught somewhere in between. Is this a factor in your own work? I grew up in a mesh of inter-tribal families and communities in Singapore, which is not uncommon for peoples of Malay origin; yet at the same time, was expected to make sense of Islamic practice, ‘Asian’ values and western media-influenced ideals. Alienation could also possibly relate to my backgrounding of having been a victim-survivor of child abuse. So even when I was growing up in Singapore, I felt like a misfit juggling emotions, experiences and making sense through writing. It is and was no surprise that I found solace through performing sajak, (native Malay poetry) in my teens then. That cultural juggling merely intensified in New Zealand as an immigrant, and continued to motivate my writing. 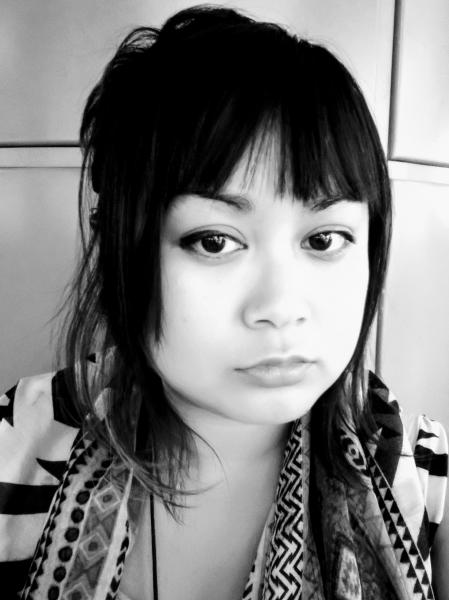 Relatedly, what about anger at not only mainstream Kiwi culture and its (still prevalent) stereotypes, but also ire towards some of the (still prevailing) attitudes of your heritage cultures? Again, I have noticed this aspect in several of your works. Is this a facet that impels your writing? I used to pride myself as an angry young Asian feminist in New Zealand. In fact, I remember being affirmed at every creative moment that I was able to articulate anger that resonated with other young feminists who experienced marginalization in society or within their own diasporas. After a while though, it kinda drained me. After all, I felt alone, misunderstood and the reality of being underrepresented as a minority remained. I started to feel like people liked me angry, but were not really listening.

Finally, what would you really like to see in Aotearoa New Zealand poetry? I have been based in Singapore for the last two years now. I would really love it if Aotearoa’s writers’ festivals expanded to include the work of lyricists, such as rap poets and composers. In 2017, I attended the Singapore Writers’ Festival, and you know, I had very low expectations considering the limitations on freedom of speech and expression here compared to New Zealand. However, I was amazed that they invited musicians and composers on dialogue panels to talk about their different creative writing processes, intermedia transcendence of text/paper to multidisciplinary styles of performance. It also shattered the traditionalist notion of writers as merely interested in publishing achievements, and opened up space for multigenre writers to exist, connect and belong.

A poem by Shasha follows. I do not need to decipher for you: the anguish is apparent … captured in Asia, as much as Aotearoa.

From the Sultan Mosque
Fathers gather to prayer
And mothers call you to hurry home
to no answer.

You Malay men
With your time for cigarettes, music and Kopi
In no hurry to marry
And make good
Of women
Aborting or delivering
children of Allah
Only to then be
shamed and rejected
By believers of Allah.

And still
You wouldn’t
Honour
Me.

Your Sister
Your Mother
Your never sought Daughter
Will weep no more
For you.

We will make homes
Of our wombs
Warm safe and loved
To care for seeds
Of tomorrow’s
Malay men
To heal the sorrow
Of today’s
Malay women.

Vanessa Crofskey also writes powerfully. Of course. Living in this supposedly multicultural country is not easy.

i don’t carry hot sauce in my bag, but i do bring soy to the party
my favourite movie of all time is studio ghibli
and my dad is the white side of the family

my phone vibrates every time a council says “diversity targets”
i get suggested ads for the national party in chinese,
and that thinkpiece on bubble tea is a redirect to my
dot com slash about me

and he says
wow! say something else!

my great grandma would walk up and down a mountain
with bound feet and huge sacks of rice on her back
for her husband, and i can’t even text a guy back

guilt is an after school curricular
filial piety an apology

tall poppy in a sea of lotus,
blooming

Joanna Li provided a fine diasporic poem for part one (ancestors). Not a photo of herself though. Here she is now. To wax cliché — it is good to place an appearance with a name. 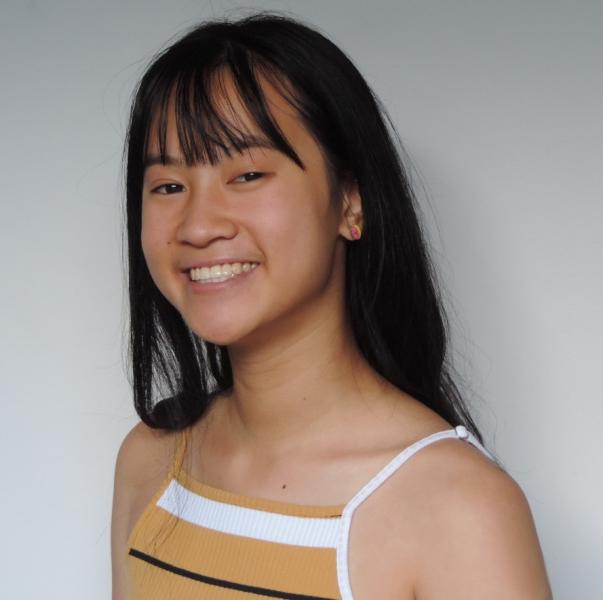 I would like to conclude this commentary post with a poem by Nina Powles. It is important to point out that not all the poetry of these Kiwi Asian women poems is full of alienation and anger. Of course not. But, the merging/non-merging of cultures for them all, is never far from the forefront of their work, as here. This is the future of our poetry of whetever genre. It will not vanish; it cannot.

It is here to stay. No amount of whitespreading* will dismiss this.

Ode to the Huangpu River

[* whitespreading — a logocentric rationalization by noncolored people, whereby the work of writers and thinkers from other cultures becomes incorporated into expanded yet still noncolored topo1 and tropes. See also Stephen Greenblatt (1990) re: subversive discources and their incorporation into dominant discources.]