Antonin Artaud was born in the metropolitan port town of Marseilles on September 4th, 1896. His parents were Levantine Greeks. His mother, Euphrasie Nalpas, hailed from Smyrna, now İzmir, in Turkey. In his younger years, Antonin spent summers there with his maternal grandmother. Antonin’s father — Antoine-Roi Artaud — worked as a ship-fitter in the family business, which often took him away from home — up and down the Mediterranean and up into the Black Sea. Within his familial constellation, adults spoke French (including Provençal,) Greek, Turkish, and Italian.[1] During his youth Antonin was, in Alain Paire’s words, “bathed in multiple languages” — a fact that Paire links to Artaud’s later glossolaliac writing.[2]

Those biographers who detail Artaud’s early life cast his childhood as a string of health crises and tragedies. The death of his maternal grandmother deeply affected the young Antonin. Bettina Knapp characterizes his summers with her in Turkey as filled with “a closeness and a calmness, a sense of belonging and an inner joy,” which contrasted with the “tense atmosphere” at home “created by an over-solicitous mother and an anxious father.”[3] During one of those summers in Turkey, when Artaud was almost ten, he nearly drowned. While Antonin came close to death by drowning, many of his siblings fared far worse. Of the eight children his mother bore, only three survived into adulthood: Antonin, his older sister Marie-Ange, and a younger brother, Germaine de Fernand.[4] His childhood was steeped in grief.

When biographers trace the trauma in Artaud’s early life, they’re attempting to explain the suffering that shows up in Artaud’s prose. Knowing that his grandmother’s and siblings’ deaths deeply affected him helps the reader understand the combination of mystical and autobiographical elements in a piece like the preface to the first volume of his Collected Works, where Artaud states that, “once” he “had three daughters” who were “strangled and they will return from the black cyst: Germaine, Yvonne, and Neneka.”[5] The preface swirls with real-life details at the same time that it exists as a chimeric creation. The more autobiographical details here are jumbled, remixed, fictionalized. 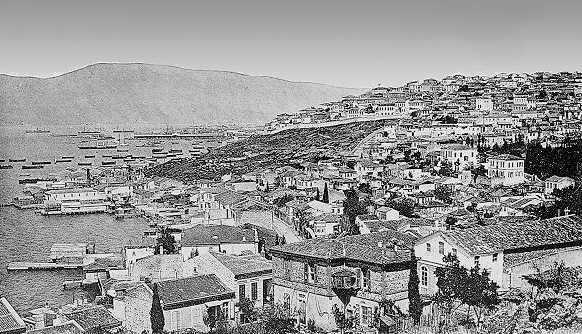 Two of the figures he lists, Germaine and Neneka, are relatives. Neneka Chilé is the maternal grandmother Artaud would summer with in Turkey. Germaine (not to be confused with Artaud’s younger brother who lived into adulthood, Germaine de Fernand) was one of Artaud’s sisters who died early — at seven months old. Clayton Eshleman indicates that she died the day after the babysitter slammed the child “with such force that she perforated the baby’s intestine.”[6] In Artaud’s preface, his sister haunts him long after her death.[7] In his words, she “watched me from St. Peter’s cemetery in Marseilles, until the day in 1931 when, in the middle of the Dôme in Montparnasse, I had the impression she was nearby, watching me.”[8]

Yvonne Allendy was a friend of Artaud’s in Paris who helped support his Alfred Jarry Theater. In his fictionalized description of Yvonne Allendy’s death, Artaud states that “her belly was swollen like a person who had really drowned, only there was no river nearby.”[9] In this short account, we see two figures from his childhood and a reference to drowning. For each of these “daughters” Artaud lists in his preface, he notates the suspicious marks on their necks after their deaths — evidence of strangulation — although this passage shows it is he who has been deeply marked by each of them.

Antonin’s near-drowning incident was not his only early brush with death. In 1901, at the age of five, Antonin had a severe attack thought to have been caused by meningitis.[10] This disease, characterized by inflammation of the brain and spinal cord, is believed by some to be a cause of his life-long physical suffering. It is possible that the effects of this illness followed him for the rest of his days, although Martin Esslin points out that, “Artaud himself, although he spoke of having suffered from headaches and facial cramps from the age of six or eight, dated the onset of his nervous debility from puberty.”[11]

In high school Artaud began showing signs of depression, which led him to destroy all the poems he’d been writing since middle school and, according to Julia Costich, to “sever contacts with his friends.”[12] This bout of depression led to a few-months-long institutional stay. Following this stay, he was conscripted into the army and spent eight or nine months training in Digne. He was discharged on medical grounds before completing his training. Following his military service, Artaud skipped between several medical facilities in France before an almost two-year stint at Le Chanet[13] in Neuchâtel, Switzerland, where Artaud first began taking laudanum: opium dissolved in alcohol. Artaud would be a regular drug user for most of the rest of his life. At the Neuchâtel doctor’s recommendation, Artaud relocated just outside Paris, in Villejuif, lodging with Dr. Edouard Toulouse. He moved closer to Paris in order to pursue a life in the arts.

7. It’s striking to note the obsession Artaud had with his sister Germaine, given the circumstances of her death, Artaud’s own death from colon cancer, and the line made famous by Deleuze and Guattari in Artaud’s 1947 radio play, “To have done with the judgement of god,” wherein he says, “ When you have given him a body without organs, / then you will have delivered him from all his automatisms and restored him to his true liberty.”
Clayton Eshleman, “Conclusion,” 307.

10. Martin Esslin challenges the certainty of the diagnosis, saying that “meningitis was by no means certain in 1901; the term as used then covered a multitude of fevers and infections. Moreover, Artaud himself, although he spoke of having suffered from headaches and facial cramps from the age of six or eight, dated the onset of his nervous debility from puberty. In 1914, when he was eighteen, he fell into an acute depression during which he destroyed all his youthful writings. This seems to indicate a profound emotional crisis rather than a purely physiological nervous disorder.”