Take for example his recent work with Chris Sylvester’s Total Walkthrough. Sylvester’s project already crosses multiple media; it creates a a composite of several walkthroughs of a Legend of Zelda game (media 1: video game) derived from user-generated narrative accounts of game play uploaded to the public FAQ section of a gaming websites such as IGN or GameSpot (media 2: public user review sites), alphabetizes each line (media 3: spread sheet), and Troll Thread publishes it as a book (media 4: book) on Lulu (media 5: print on demand constrains aspects of the book's design, makes it available for purchase one-at-a-time and forever or available instantly on your computer, meaning you  save a tree). Crawford then takes the text of Total Walkthrough and, with software he has written for Xbox Kinect (click here to learn how Kinect works), translates movements from within the Kinect-field into the appearance of lines from Total Walkthrough on the computer screen, but potentially also via projector. Moreover, “Link” adds the further constraint of the computer screen's dimensions. No matter how long the line in Sylvester’s book, in Crawford’s version every line is limited to 40 characters so as not to roll off the screen. 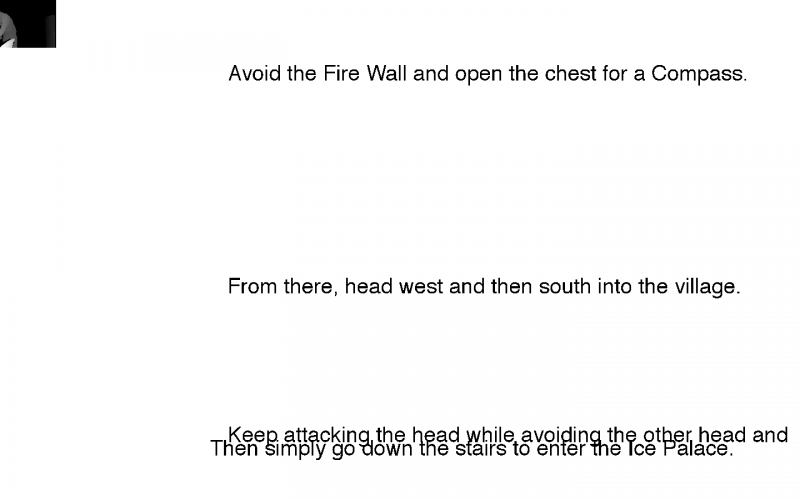 There are always four lines on screen, which Crawford describes as “an infinite quatrain … where each line has its own depth value. For example let's say one of the four lines is programmed to change / chime when you’re 4.3 feet from the Kinect sensor.  When it detects that you’re 4.3 feet from the sensor this triggers the software to grab a new random line from Total Walkthrough and places it on the screen at a randomly generated x-y coordinate.  It then creates a new depth value (for example, 2.1 feet away) that will trigger the next line.” The poem generated, now a second remixing of the composite Zelda walkthrough, brings field and ambient poetics together through the technology of the video game. Movement within a field “writes” the poem, aspects of that movement determine where in the field of the computer screen the line will appear, and the poem generated offers the reader/player a new way to read Sylvester (and also The Legend of Zelda). There's also nice almost zen-like (though clearly digital) chimes that sound when the reader/writer/player passes through a coordinate.

Equally exciting, for me, is to look under the hood at Crawford’s programming, which he makes available through screen shots, suggesting the code is as much a part of the poem as what’s on screen. 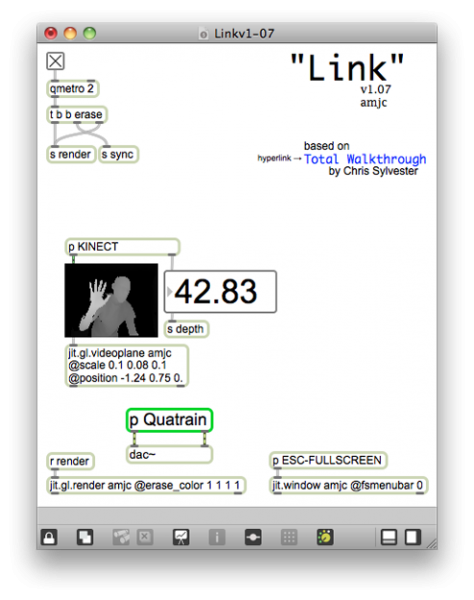 This image shows the main software, which Crawford has named “Link,” after the main character in Zelda, but also, Crawford points out, “as a play on the link between Chris's poem & my treatment of it.” The following two images show the algorithms “under the hood” of the main software. 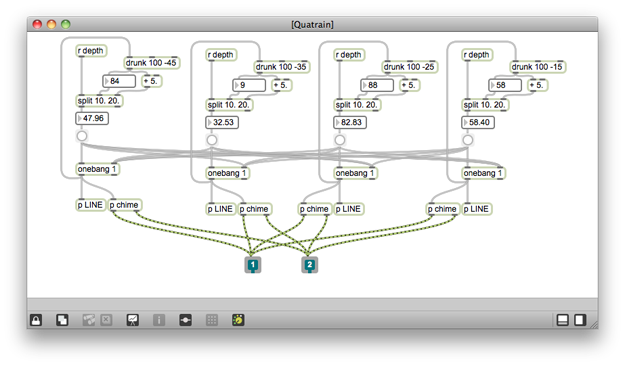 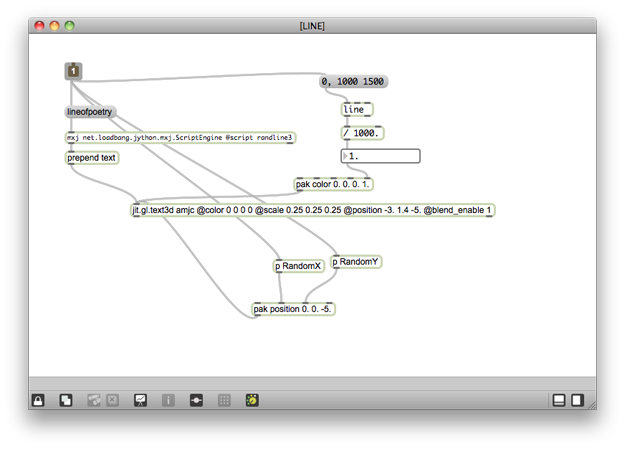 These algorithms determine where to break lines and group lines in fours. They are parts of the overall “Link” program, and Crawford describes the relationship between these images this way: “[Quatrain] is the under the hood / insides of the green outlined Quatrain on the main software pic. Its first task is creating 4 distinct depth “Zones” or slices so that when you are X close to / far away from the Kinect it triggers a line and [Line] is the under the hood / inside of [Quatrain]. What it does is use a very short Python script to pull a random line from the book:

then assigns it a random x y value on the screen where the line will appear (projective verse baby). You could think of the poem’s structure like this maybe: Link(Quatrain((Line)(Line)(Line)(Line)).”

In a future post, we'll be talking about algorithms and what — if anything — they have to do with poetry. I hope to simply keep our eyes on the in-mixing of coding and poetry. Just like perspective painting once changed seeing, digital computing is changing what we know about things like reading, attention, and the construction of meaning — and it’s also changing how those things happen, including the writing of poetry. I wonder, if we can see how the crossing with theory participated in the creation of a new strain of poetry in the 70s and 80s, can we not imagine that the current crossing with technology and programming is doing the same?

Crawford is one of the best artists I know of who can speak to the relationship between poetry and algorithm: “I guess in the history of poetry we've always called these 'forms.' For example here's the algorithm for a villanelle: A1bA2 abA1 abA2 abA1 abA2 abA1A2. With something like ‘Link,’ the notion of algorithm seems much more transparent, as they are literally instructions for the computer to follow but if we are to take the definition of an algorithm as basically the rules that govern something, then most of poetry's history is highly algorithmic.”

This video is a recording of a performance of Total Walkthrough on Kinect — a work still in progress — generated by Alejandro making dinner with the Kinect set up in his kitchen on Sunday, February 17, 2013. (If video does not appear below, go here: http://www.youtube.com/watch?v=vV3uWaRMjVY&feature=youtu.be)