Poetry and 'enactments of public space'

A conversation with Dale Smith

In her most recent Jacket2 commentary, Kaia alluded to Slow Poetry. A key instigator of  Slow Poetry discussions has been Dale Smith, a poet and writer whose thinking and writing about poetry I’ve admired for a long time. Dale is a poet and rhetorical studies scholar who for a while was based at the University of Texas at Austin. In fall 2011 he will start working at Ryerson University in Toronto. He has been involved with contemporary poetry as a publisher, editor, and writer since the 1990s. His book, Poets Beyond the Barricade: Rhetoric, Citizenship, and Dissent after 1960 will be published by the University of Alabama Press later this year. I asked him a couple questions about ideas from this book.

JB: Could you unpack the following statement, which is in the opening chapter of your forthcoming book, Poets Beyond the Barricade? “A poem is meaningful to public knowledge insofar as it is capable of preparing an audience for the possibilities that are latent in how circulations of discourse and other symbolic forms are valued.”

DS: Since Poets Beyond the Barricade is aimed at several audiences—especially at those working in rhetoric and communication—I was compelled to present poetry in ways that are legible for those who, frankly, are skeptical of poetry’s public efficacy. Even Michael Warner, in Publics and Counterpublics, repeats John Stuart Mill’s quip about lyric poetry: speech is heard, poetry is over-heard. One of the things I try to do, contra Warner and Mill, is show how poetry is indeed heard in various public contexts.

Because of its Enlightenment associations with notions of genius and taste, poetry often can be read as an aesthetic and private discourse that resides beyond the realm of civil society. But I show how some poets after 1960 use poetry to shape discourse over controversial public topics, such as urban conservation; wars in Vietnam and Iraq; and civil rights. I argue, too, that civil discourse is always complicated by poiesis, and that belief and desire are produced, engaged, expanded, or challenged in circulations of public texts, images, and performances.

These performative dimensions of public speech always carry tones, gestures, forms of acting out, contradictions, and self-corrections that contribute to new actions and capacities in others. The quote you have singled out to me suggests that poetry can show engaged citizens how to listen to, or respond to, public issues or actions.

So, for instance, one example I use to illustrate this is Charles Olson’s letters and poems published in the 1960s by the Gloucester Daily Times. What stands out about these poems as significant public discourse is the communal relationship that emerges through the publication efforts. The paper’s editor and publisher worked to make Olson legible for a small New England daily. There are letters from town citizens who responded to Olson, challenging him or, conversely, thanking him for helping them see their city with a new perspective. While he wanted to preserve several historic buildings in Gloucester, he was also concerned with the shape or dimension of public feeling that accompanied the changes his city faced. And even though many of his preservation efforts failed, he increased civic awareness of the postwar urban transformations Gloucester experienced. His poetic voice(s) entered public record, thereby giving shape and gesturing to social possibilities that otherwise would not have emerged in the circulation of civic discourse that literally changed the face of the city. 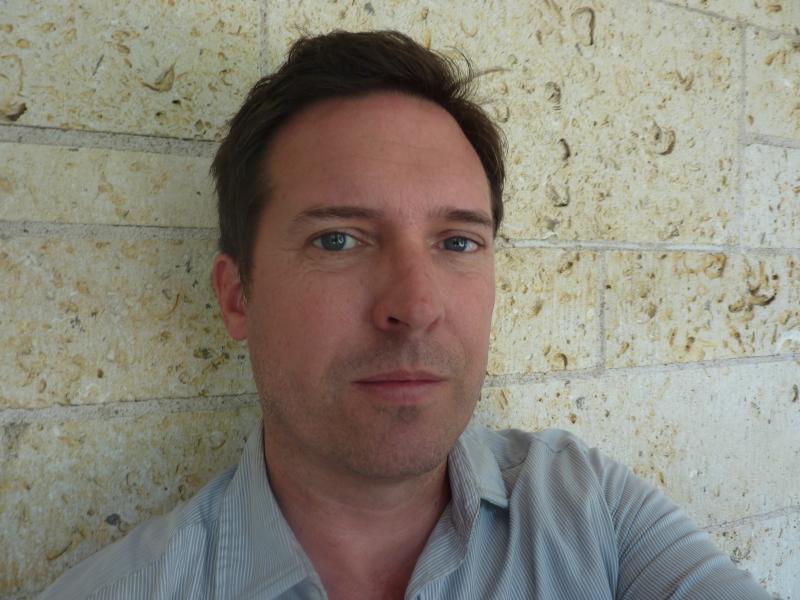 JB: Earlier in that chapter you write that nowadays, “Many wonder what happened to poetry, and to the poet’s responsibility for shaping the possibilities of the nation’s political and social life.” You then ask, “Has poetry failed to put forward the actions and capacities required for successful public engagement?” and answer your question with a resolute “no.” Who are some contemporary poets whose work helps keeps poetry dynamic in the social imagination through what you call “enactments of public space”?

DS: “Public space” is a really interesting term, and I use it because many of the poets I write about in my book imagine their engagement through some sense of a public inquiry or address. Some of the work I discuss corresponds with what you and Kaia present in Landscapes of Dissent. For instance, Kristin Prevallet and the folks who were involved with Poetry Is Public Action or Debunker Mentality in NYC do important work in terms of not only creating performative and practical street poetry, but also through their documentation efforts (I’m thinking specifically of Kristin’s Shadow Evidence Intelligence). In a very different way—a way that engages the printed page—Roberto Tejada performs critical inquiries into the subjectivities that form our contemporary transnational moment. His investigations of the histories and mythologies of the Americas come with an active sexual intensity that includes carnal desire in the formations of public attitudes, beliefs, and practices.

Many poets are socially and politically motivated, people as diverse as Linh Dinh and Amiri Baraka, for instance. These poets adapt strategies in their art that speak to various readers or auditors or viewers about significant public situations. Baraka’s poem about 9-11 formed an instance of performative public intensity, regardless of what we think about the claims he made. He’s a master public dramatist in that sense. I’m drawn to poets who are actively imagining an audience, and who go beyond expressions of social or political values on the page. It’s important for me to think about how poetry can be used to change attitudes or to provoke action in some way. I love all kinds of poetry and other forms of writing that don’t do anything like what I’m describing here, too, but for the purposes of my book, I really tried to limit my focus to those who attempted public action in some way through their poetry.

Although many of the writers whose work I address imagine their poetry in relation to “public space,” I’ve come to prefer the term “civil society,” something I take from Jodi Dean. Conversations about publics or public spheres often are gummed up with worrying over the deliberative possibilities of rational-critical discourse, or they enable hierarchies of public legitimacy to form in our discourse that don’t very well represent the experiences of civil engagement many of us share. Public sphere theory can diminish the importance of private life or communal existence by isolating these from more visible arenas where opinion is generated by those with appropriate access to the tools of technology and power.

To take the old Women’s Movement slogan, “the personal is political,” is to begin to understand that domestic space and private space provide ways to contribute to civil society. And so I think that poets as diverse as Hoa Nguyen or Cathy Wagner, Farid Matuk or Fred Moten, all engage imaginations of civil society and the possibilities that exist in terms of poetic address where the private and public are in tension.

Whether a poem performs on a page, in a park, in a church or a school, online, or on radio, its shapes change within institutional or situational contexts, and such shape shifting can be used to draw attention to possibilities other than those circulated through broadcast or print media, or distributed node to node via Internet communication.