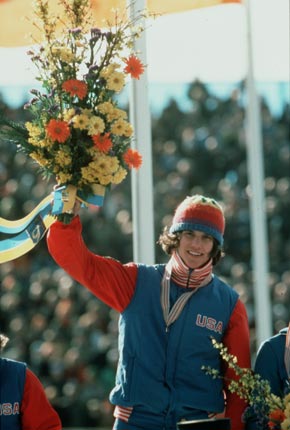 My admiration for Olympics was rooted in an appreciation of athletic prowess, sangfroid under pressure, and the grit and determination to do one’s best under the media spotlight. At the time I knew nothing about the burgeoning commercialization of the Olympics, where television firms jockeyed behind the scenes with Olympic bigwigs for the best fiscal deal, where crony capitalists wined and dined each other in order to curry Olympic favor. During the 1980s and 1990s, under the leadership of Juan Antonio Samaranch, the Olympics were full-on commercialized. As Robert K. Barney, Stephen R. Wenn, and Scott G. Martyn note in their excellent book Selling the Five Rings: The International Olympic Committee and the Rise of Olympic Commercialism, the 1984 Olympics in Los Angeles “ushered in the formalization of relations between the world of business and the Modern Olympic Movement” (p. 160). In May 1990 I got my own personal taste of the Olympic movement when I represented the US Olympic Soccer Team (U-23 National Team) in an international tournament in France. We played the Olympic teams from Brazil, Yugoslavia, Czechoslovakia, and the Soviet Union. Again, at the time I was oblivious to the political and economic machinations that undergirded the Games. I was just playing soccer, and, I must say, quite enjoying it.

Fast-forward two decades to 2010 when Vancouver, Canada hosted the Winter Olympics. In the months preceding the Games, Kaia Sand and I had the good fortune of heading north to Vancouver a couple times to do poetry readings and performances with the Kootenay School of Writing. For me, the poetry communities in Vancouver are as exciting as they come: innovative, open, and engaged with the world. In fact, when I read in San Francisco at the 21 Grand Series in March 2010 and was asked to fill out a Spicerian “map of influence” I made it a north-of-the-border affair and I needed to add circles to include the many Canadian poets who have affected my outlook on poetry (and looking at my map, posted below, I could have used a bunch more circles!). 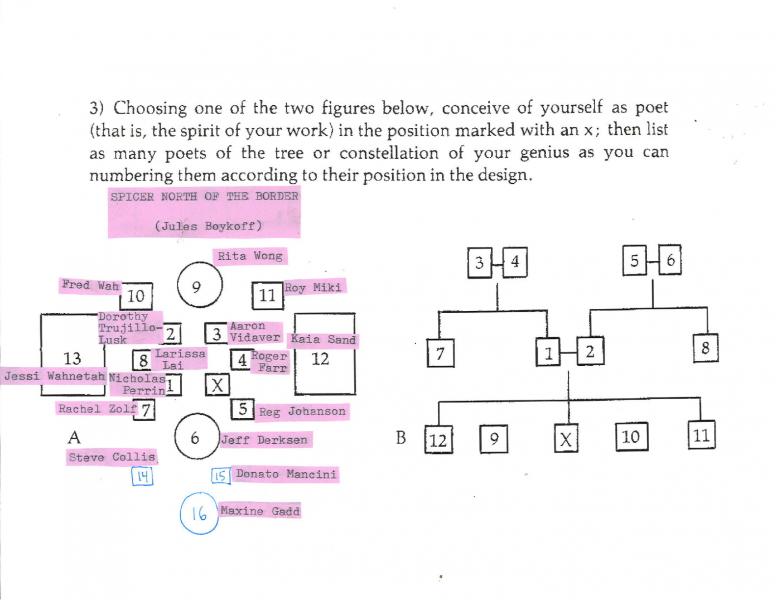 When Kaia and I were in Vancouver in late 2009 and early 2010 everyone was talking about the upcoming 2010 Winter Olympics. Poets were organizing against the Games, or at least against the idea of holding the Games in Vancouver. Leading up to and during the Games, poet-activists ramped up their dissent around three areas: indigenous rights, civil liberties, and the boondogglicious public financing of the Games. I ended up returning to Vancouver numerous times to interview activists and write articles about what they were up to (for example, see here and here and here). In an essay I wrote for New Left Review, I described the many endeavors poet-activists and their allies were engaged in during the Olympic moment. For instance, Cecily Nicholson, Nicholas Perrin, and Am Johal created the “Safe Assembly Project” at the VIVO Media Arts Centre where the “Evening News” program took place every other night. This forum blended the work of video activists who screened protest footage, artists who responded to and critiqued the Games, and panels that focused on specific themes that brought activists and scholars into conversation. Poetry played a key role in how the events unfolded, with Roger Farr and Steve Collis (whose work Oana Avasilichioaei wrote about recently at Jacket2) hosting the pirate-radio program “Short-Range Poetic Device.” These shows played periodically throughout the Olympics, featuring numerous innovative poets who readers of Jacket2 will be familiar with, people like Cecily Nicholson, Naava Smolash, Clint Burnham, Kim Duff, Donato Mancini, Rita Wong, and Jeff Derksen.

What was striking is that poets and poetry played a key role in anti-Olympics resistance. In my next few posts I’ll engage in conversation with poets who were involved in anti-Olympics activism, reflecting on what they did and why.