But what Neiman found, after just a few years away from verse, gave a "terrific . . . shock." The experience of reading Poetry he had craved produced the feeling of a homecoming — a return to privacy, a peaceful withdrawal, to a form of writing that "creates its own terms." To understand the political rhetoric here, we need go no further for the moment than Invasion of the Body Snatchers (1956), that unlikely model for understanding the poetry wars. The withdrawal Neiman covets when returning home from prose to verse, from social meaning to autoteleology, should be a 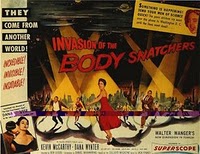 repossession or restoration, comforting like the image of a familiar village. But as in the paranoid Invasion, nothing is as American as it seems. Re-reading Poetry in 1949 was for Neiman "like returning to the Old Home Town again, the same Main Street, only everything smaller. My life no longer depended on poetry. Just having finished my second novel, it was like descending from Mars. Only in reverse: it seemed to me that the poets were the supermen, and that I had been one of them once." Neiman could not tell who was Other, the modernist or himself. Likewise it was hard to know who, upon his own return home to poetry, had changed and who remained the same. Who disturbed the peace? Perhaps by now they had established the domestic tranquility, the sense of familiarity, and you were the one who seemed alien, awkward, not right. Which — you or the alien — was from Mars? As in liberal anticommunist science fiction, the aliens were far more terrifying and disconcerting than those in reactionary films, where the unknown intruder was unmistakably Other (thus easily targeted and destroyed) and we were unambiguously our loyal selves. Although increasingly isolated in our discernment of the awful problem of inauthenticity, we can tell, as the few patriots in Invasion's quiet town of Santa Mira can detect in others who had already been botanically overtaken, that "there's something missing. Always when he talked to me there was a certain look in his eyes. Now it's gone . . . The words are the same, but there's no feeling." Not to belong to the town meant extreme alienation. 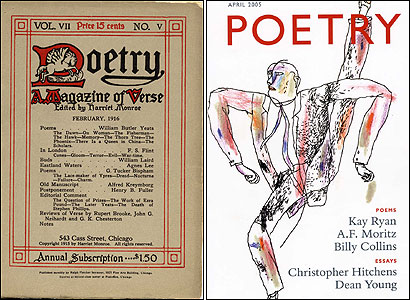 The distinctions were stark. In the eyes of those who enforced "adjustment," Joseph Freeman lamented, people politically tainted as radicals "d[id] not belong to the human race." The writing Neiman now found in modern verse implied to him the constructedness of the person. Here again anticommunist rhetoric was having its effect on varieties of antimodernism. If, in Williams's oft-repeated dictum, "There's nothing sentimental about a machine, and: A poem is a small (or large) machine made out of words," and if, as conservatives assumed, "The Communist is made, not born," then unnaturalness could itself be a sign of subversion. Readers of Wings knew the ten modernist commandments, horrid Thou Shalt Nots, including the sixth, thus: "Thou shalt not express personal emotion." Douglas V. Kane in a bitter (though perfectly regular) sonnet tells the nightmarish tale of the inhuman modernist teacher etherizing a poet upon a table, passing across her once "smooth antique body" "the prodding scalpel of our modern views"; he urges his modernist acolytes to "Experiment upon her," and this seditious surgical pedagogy leads to the dehumanization of poetry as she "turns cold, with love and logic fled." "'Surreal,' we call her, without form or face!" Kane's poem is called "Poetry Seminar." The subversive person is grimly clinical in just such a way, wrote Frank Meyer in The Moulding of Communists, participating in a "narrowing of the area of awareness of men as men," in a project aimed at the "shifting of affect from real people and real situations to" abstract tenets. "All affect drains out of situations" not relevant to the mechanistic goals of these inhuman people. 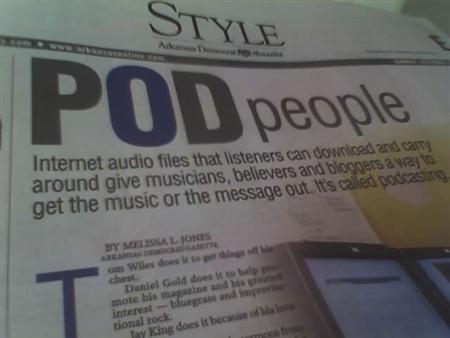 J. Donald Adams, never as uncertain as the residents of Santa Mira in discerning a real, spiritually whole poetry criticism from materialist analyses (those who made poetry "a training-ground for science"), referred to "these strangely hybrid critics" who "dominated the field" and "retarded" the "revival of poetry" in our time. The weird hybrids were "bleeding it to death," he warned readers of The New York Times Book Review. Modern writers and critics, Ben Lucien Burman wrote in 1948, "avoid any appearance of humanity" and thus "outlaw the objective author who lets mankind reveal itself." William Phillips, influential co-editor of the Partisan Review, spoke of communist writers of the thirties as embodying "something alien, something inauthentic." Phillips blamed crude sectarianism, which had "squeezed" iconoclastic writers into the two-dimensional shape of the zealot; one could always tell the dishonest imposter for, try as hard as they might, the alien force (Euro-Russian Marxism) never could teach their American followers "to take on a native accent and thus [they] seemed all the more alien."

Which is to say — in the case of writers — you could tell their redness, thus their inauthenticity, by their mutant wording. By 1955 E. Merrill Root had completed his study of every issue of a collegiate communist magazine published in the late thirties and discovered, to his consternation, that the young editors chose to print poems that "combined," within the poem, avant-garde experiment and "Communist ideology." Thus Root worried that readers of a later time would miss the communism for the modernist linguistic surface. Perhaps such naïve people will "smile and say, 'It was long ago — and far away.'" Root wanted readers of this verse to be alert to the dreadful consequences of such tolerance of the thirties in the fifties: Yes, "it was 'long ago.' [But] insect eggs are laid long before they waken to devour the living host." Unless they are vigilant, at any rate, his readers might not realize that the deadly parasite here was political subversion expressing itself as modernism.

Phillips had engaged the trope of the alien as an anticommunist strategy in order to make a point about the failure of communist aesthetics. On the question of modernism, he was hoping for a middle way, convinced that the main lesson was that "the radical movement of the 30's broke the radical spirit of literature" and hoping for a return to modern writing that had had nothing to do with the Red Decade.

[Stanton] Coblentz, on the other hand, saw modernists and communists as aliens invading in the same forms, and he, moreover, was not just a poet and antimodernist editor and publisher, for if he had any popular reknown in his own day it was as a science fiction and fantasy writer, author of After 12,000 Years (1950), The

Planet of Youth (1952) and other sci fi classics, and a winner of many prizes in these genres. In The Blue Barbarians (1958) he depicted a people for whom the world revolved around a green glass pointedly called "gulag." After 12,000 Years featured gigantic insects as soldiers in the war to control the weather. Yet it was in a book about modern verse that Coblentz wrote, "There may be mutants; let us fervidly hope and pray that they will be favorable mutants; but when they appear, they will be found to bear family resemblance to all the poets that have ever glorified the language of civilized man." Until such resemblance grows from these synthetic seeds (at which point we will be blind to all difference), we must be on guard to protect "the natural world" in which "no plant is disconnected from its past." To Gilbert Neiman, modernists' "gestures were alien, diminished in magnitude, false." He finally knew they were the invaders, numbly imitating humanity. But how would he be perceived by others?

Modernism was being accepted. The pod people had taken over the town — or had always been there. Would others believe him? The sci-fi-like confusion in this scene of prodigal return is even more pointed in Neiman's private correspondence with Poetry's editors: perhaps he had become the imperceptive one, he conceded. The opposites were dullness on one hand and the capacity for love on the other (precisely the extremes plaguing Santa Mira). It was "a great defeat to me," he wrote to [Poetry editor] George Dillon, "that I become dull to the loves I had once, Eliot, Tate, Auden, and naturally Stevens, Mina Loy . . . and Marianne Moore."