A note on two versions of Caroline Bergvall's 'Via'

The version of "Via" (subtitled "48 Dante Variations") that Caroline Bergvall published in Fig (Salt, 2005) consists of, in fact, 47 different translations of a single tercet from The Divine Comedy (Part 1, canto 1, lines 1-3). The version of the piece as it appeared in Chain (#10, Summer 2003; pp. 55-59) includes 48 translations. Bergvall published a prefatory statement in Fig that, in part, explains the difference (pp. 64-65). Those pages appear below. For a larger view, click on the image. 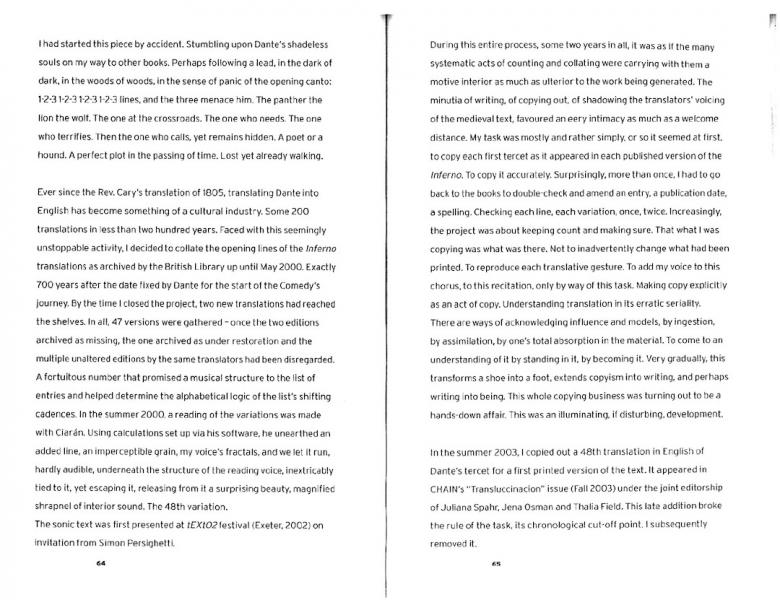