Disorienting poetry for a century

The great Nicanor Parra turned one-hundred years old last September. Obviously, nobody has wanted to miss the opportunity to celebrate and honor the world-renowned anti-poet. Local and foreign media have been publishing extensive biographies, reviews, and special notes on Parra’s life and work (some examples here, here, here, and here). Also different institutions in Chile have organized activities such as exhibitions and collective readings. The Gabriela Mistral Cultural Center (GAM) installed a photo exhibit labeled as his “first visual biography,” organized an international seminar about anti-poetry, and launched the book “Nicanor Parra or the art of demolition” by the British poet and scholar, Niall Binns. The National Council for Culture and Arts organized a collective reading called “National Parra-phrase” where people were invited to simultaneously read the poem “The Imaginary Man” (watch a video here), and Diego Portales University put together a remarkable exhibition of his visual work, installations, and his famous “Artifacts.” In addition, there was plenty of room for polemics and criticism. From the infamous encounter the poet had with Pat Nixon in the ’70s, to his political commitment during the dictatorship (or complete lack of it). It seems that one-hundred years in Chile is not just a moment to celebrate, but also to settle old scores. Truth is, confrontation is one of the better ways Chileans can relate to poetry. 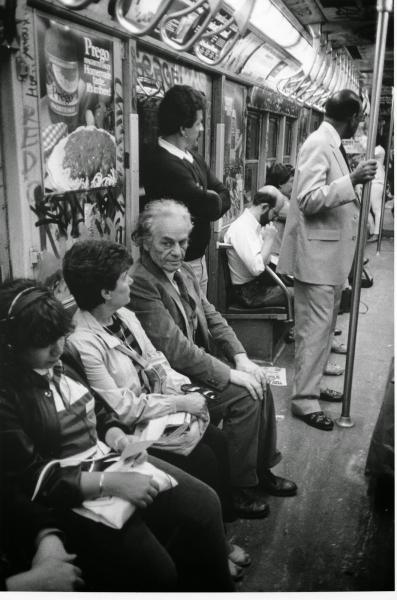 But one of the interesting things about this celebration is the emphasis on the visual work by Nicanor Parra, which curiously is not very widespread in the US. Parra’s first attempt to explore the visual aspects of poetry took place before his experiments with anti-poetry. In 1952, along with Enrique Lihn and Alejandro Jodorowsky, he created the “Quebrantahuesos,” a series of poetic interventions shaped as collages, presented in the style of a bulletin board. Containing found text and images taken from newspapers, these “bone-breakers” were effective devices appropriating public space and vernacular language, and were exhibited on the walls of downtown Santiago. Twenty years later, in 1972, and this time in association with the designer Juan Guillermo Tejeda, Nicanor Parra published his famous “Artefactos” (Artifact/Ouvrages Mécaniques/Apparati). More than a book, this box set containg hundreds of postcards, which combined text and images in a way that resembles Internet memes, functioned operating as complex self-sufficient linguistic configurations. Breaking into the scene during the Cold War, and just before the coup d’etat in Chile, the corrosive effects of the humor, irony, and political ambiguity employed by Parra, didn’t amuse any side of the political spectrum. Mostly inspired by advertising, made up sentences of ordinary language, political slogans, revolutionary graffiti (like the one seen in Paris 1968, or in Chile during the ’60s and early ’70s) but also by the thousands of ideas, thoughts, funny remarks, and obsenities that fill the walls of public toilets, Nicanor Parra (mathematician and physicist by trade) mimics the process of disintegration of matter that was described earlier by nuclear physics (and that was used to build the nuclear bomb), releasing huge amounts of energy accumulated by words that were repressed under the overwhelmingpressure of the logically articulated official discourse.  You can get a taste of its effects below and here. 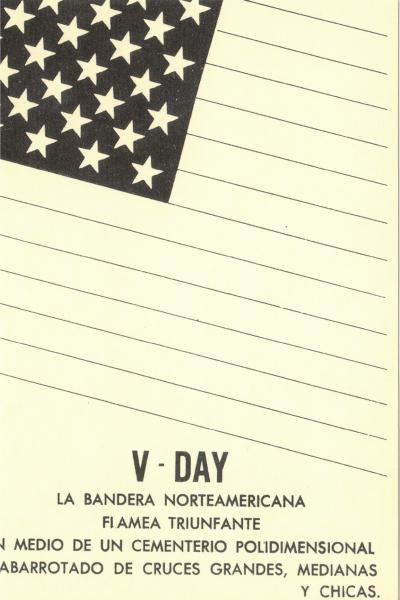 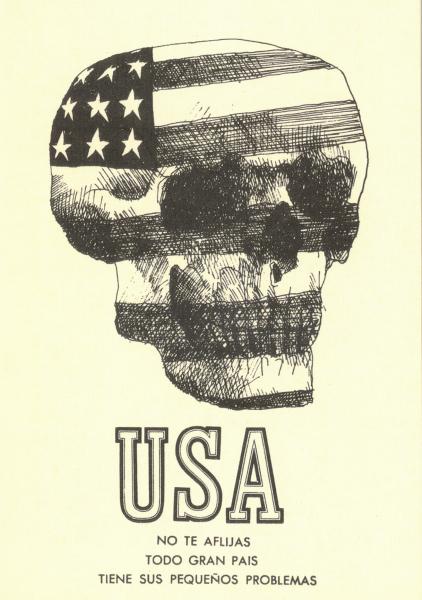 (V-DAY: The American flag waves triumphantly amidst a polydimensional cemetary crowded with large, medium, and small crosses / USA: don’t get upset. Every great country has its little problems)

American poets are no strangers to the influence and charms of Nicanor Parra. BOMB magazine featured a great note on Parra, written by Raúl Zurita; The Paris Review once published an article based on an interview by Leila Guerriero; New York poet and editor, Iris Cushing, wrote a celebratory note on Circumference the day of his birthday (which was highlighted by Harriet); and a few years ago, Bradon Holmquest published his excelent translation of the poem “Sermones y Prédicas del Cristo de Elqui” on the extinct CALQUE. 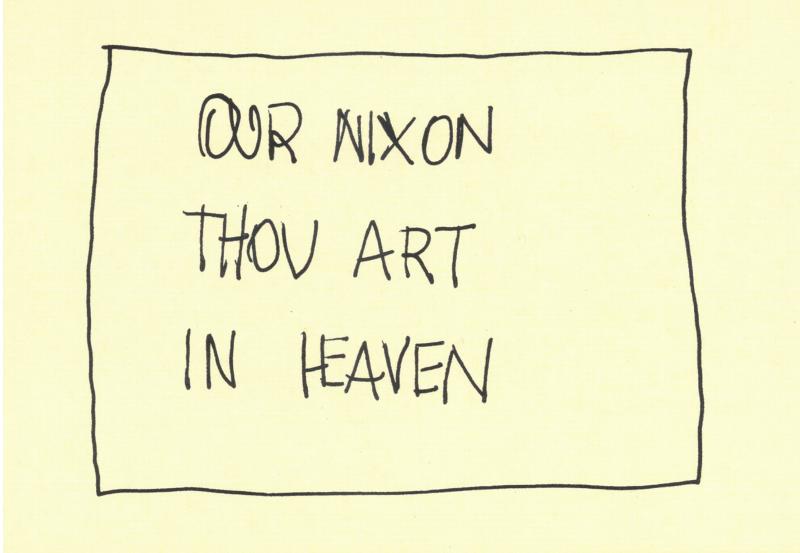