Kia ora tātou katoa. [Let us all be well.]

He mihi tino mahana ki a katoa hoki. [A warm greeting to all also.]

Māori women, then, are often the inaugrators, the initiators of poetry. Here it is stressed yet again that for Māori everything is connected holistically, that it is all rather arbitrary to sub-divide songs as separate from poetry and so on, that such are pākehā striates only. Therefore, Māori women writers cross such so-called boundaries and always write holistically. The paragraph directly below here was not included in my Landfall piece ‘on’ Ngā Mōteatea, as alluded to in the first Jacket 2 commentary post, for reasons of space, but I here reinclude it, to more appositely show what I am saying here.

“As regards patere, kaiorarora, oriori, waiata tangi and waiata aroha, ‘the majority of the composers are women’ (Ngata), whilst the composers ‘of the ceremonial songs of the tohungas [sic] are usually men’ (ibid.) The patere in particular were marked by abusive language, a rapid tempo and eye-rolling, hand-quivering and swaying! Women were really fighting back against idle gossip, jealousies, bullshit.”

“Although somewhat of another simplification into arbitrary ‘categories,’ this is a very significant point, I believe. Māori women had historically a major role in not only the composition of Māori poetry, but also its performance: they composed as they were the most affected by battle loss and the subsequent anxious awaiting the return of the man, love loss and the desertion of the man, (death and betrayal), curses and insults from other women. Tuini Ngawai (Ngāti Porou — as were Ngata and Dewes) was just one such important modern writer of ngā mōteatea Māori, and a collection of her work was produced in 1985.”

“Women composers tended to show how they felt personally about an event … the chiefly men tend to employ more exaggerated comparisons than the women … It is perhaps in the composition of laments that differences between female and male composers tend to be most pronounced … There seems to be no doubt that the main composers of love songs are women” (Mead, 1969).

“Mead makes a further important point that the composers of ngā mōteatea Māori were generally high-born women or (male) chiefs, who advanced the social values of high birth, chieftainship, primogeniture via their compositions.”

I then also went on to name some historically earlier composer-poets such as Te Puea Herangi,  Arapera Blank, Ngoi Pewhairangi, Maewa Kaihau, Erihapeti Murchie; all creating ngā mōteatea raua ko ngā whiti hoki [both song-poems and poetry also.] I stress also here, that sometimes their work was solely in the English language, sometimes completely in te reo Māori; at other times a compote of both. All were staunch women, who never did receive the recognition due them from not only their male peers, but also the New Zealand public, press or literary crowd. Being a Māori woman in Aotearoa-New Zealand society is and remains never ‘easy’ and necessitates strength, drive, initiative. (I know from personal experience, believe me!) Kia kaha, kia toa, kia manawanui [Be strong, be brave, be of stout heart] personifies such an approach. 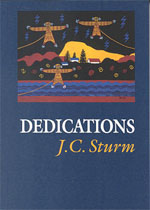 Now, I also made specific mention of JC Sturm aka Jacqui Papuni in that first commentary post — everything folds back cyclically, as we approach the end of this series, ripeness is all, after all, eh — yet there were also other harbinger Māori women poets, writing in the English language, who gained less recognition than her and who in fact went overseas to become published. They are Vernice Wineera and Evelyn Patuawa-Nathan, whose books I have had myself for quite some time and the covers of which are depicted below. I make mention again, that ki te ao Māori, everything is interconnected, therefore singers and musicians such as Mahinārangi Tocker, Moana Maree Maniapoto, Emma Paki et al, are for me,  ngā kaituhi wāhine Māori, are poets also, while Patricia Grace, Keri Hulme, Bub Bridger and Kāterina Mataira, as just four of several others, must also be mentioned here.

Before we continue by asking several contemporary Māori women poets their own opinions about what it is like writing in a somewhat constrained Aotearoa poetry scene, I will share a couple of resources. Firstly there is the stalwart and in many ways pioneering work of Alice Te Punga Sommerville and her seminal Once Were Pacific. Michael O’Leary also has written extensively regards Māori women writers in his recent Ph.D studies, while his mate, Mark Pirie, has published Broadsheets specifically dedicated to artists like  Mahinārangi Tocker (issue #10.) Finally, Vaughan Rapatahana wrote Maori Poetry in English, a two part article published in English in Aotearoa, a couple of years ago.

And of course we must place in the forefront, the compilation Puna Wai Korero, edited by Reina Whaitiri (see below) and Robert Sullivan and published in 2014, more on which shortly.

Another significant piece of writing is that of  Powhiri Wharemarama Rika-Heke, who insists Māori writers all, grab the English language by its throat and write back to the centre via their own english — code switch, utilise te reo Māori, incorporate the topos and stylizations of mōteatea. Her staunch 1996 chapter Margin or Centre? “Let me tell you! In the land of my ancestors I am the Centre”: Indigenous writing in Aotearoa is very well worth checking out; while Hirini Melbourne, of course, went even further and insisted Māori write in their own language first and foremost … but, perhaps I am tangenting a bit, eh.