I noted in the last conversation-commentary that Alison Wong had had a few pragmatic issues to deal with, including a major house shift and subsequent loss of internet connection for a time. Indeed she has since sent me material via the library!

So let's continue our conversation about Kiwi-Asian poetry...Alison Wong comes in and it is a pleasure to talk to her, for she has been a significant New Zealand author and poet for quite some time now and was also a Robert Burns Fellow.

Alison was also born and raised in Aotearoa, so that, “I know I do have a different perspective from the normal Pakeha New Zealand one — with my background, experience and heritage that is to be expected – however I do not ‘define’ myself as a Kiwi-Asian poet. Some of my writing, whether poetry, fiction or non-fiction, does include Chinese language (Mandarin or Cantonese) but I am the fourth generation of my family to live in Aotearoa and I grew up speaking only English, not the Cantonese of my grandparents and great grandparents. I learned some Mandarin as an adult but have never been fluent. I don’t have anyone in the family to speak Mandarin with...”

More, Alison points out that, “I do not ‘deliberately concentrate on’ Chinese themes, imagery and stylistic devices in my poetry. Some poems are influenced by my ethnicity; most are not. I deliberately wrote my novel, As the Earth Turns Silver, even-handedly from both Chinese and Pakeha perspectives (the originating story idea demanded both Chinese and Pākehā characters), but because Chinese New Zealand perspectives were the point of difference from other novels, this is what readers and reviewers were most likely to remark on. I could easily write novels without any Chinese characters at all, but I realise that there are a limited number of New Zealand writers who are able to write authentically about the Chinese New Zealand situation, so this does influence me.” [My stress.] Let's share a poem by her here:

The River Bears Our Name 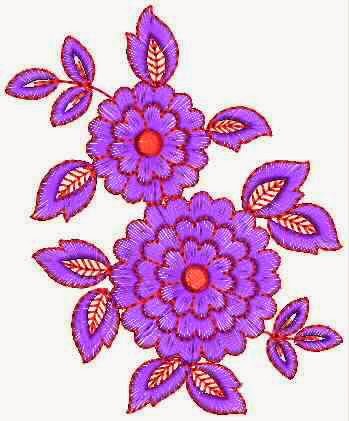 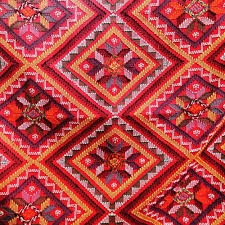 For me, Rapatahana, this poem synthesises succinctly exactly what the poet was talking about earlier. And it reminds me so well of PR China, where I too also used to work and live — in Xi'an, oh so many years ago now. A curious amalgam of Kiwi and Asian permeates the geological frisson so well conveyed here.

For Alison, things are somewhat different to many of the younger poets in the earlier post, for she no longer resides in Godzone (a colloquial term for New Zealand) and her own whānau had been in this country for decades. “Because my family has been in Aotearoa for so long, my so-called Chineseness has been somewhat diluted. I do not have the knowledge of Chinese language and culture of those Chinese New Zealanders who were either born in Asian countries or whose parents were. I now live in Australia, with trips back to Aotearoa as often as possible, and this gives me a new perspective. Whereas in Aotearoa I am often seen as a Chinese New Zealander or Kiwi-Asian, in Australia I am generally seen as a just a New Zealander....”

So she has a slightly different perspective to Kiwi-Asian writers who have been in the country 'generationally less', who are perhaps closer to their own families' ties and culture/language in Asia — whom, as earlier noted, are part of an increasing more recent immigration flow to New Zealand.  “When I was young I was not aware of Chinese or Asian writers or artists. Chinese New Zealanders of my generation became doctors, dentists, accountants, business people or perhaps scientists or engineers. I had no role models to even realise that my passion and calling was as a writer.”

However, she stresses, “Thankfully, this is changing. I welcome diversity in literature, the arts, and in all aspects of life. I am glad that more and more writers of Asian, Māori, Pacifika and other minority groups, whether ethnic or otherwise, are writing, being published and recognised. I hope and expect for this to continue to grow.” [My stress.]

For me, then, it is important to have talked to the historically vital poet figures of Alison Wong and Stephen Chan and yet to have also pointed out again that there is somewhat of a sea change happening right now in the population mix of New Zealand toward a far larger Asian segment.  In other words the contrast is rather marked between generations, both attitudionally and 'stylistically'. Just as there - thankfully - has been quite a quantum shift away from the heinous days of the 1881 Poll Tax which lasted through until Helen Clark's apology in 2002 (although it has to be stressed here that restrictions for some Asian groupings concerning entry to NZ remain  daunting to say the least. Just ask members of the Philippine nation!) Rewi Alley would not need to travel to the 'Mainland' of PR China - elements of it are already here in Aotearoa.

What I am stating, then, is that Kiwi-Asian poetry is burgeoning and ballooning into another fascinating Other voice to join and juxtapose the until-recent dominant - domineering Aotearoa monotone. (All the more reason to read Alison's cogent delineation of historical and contemporary scenes in her excellent multitiered/lingual essay from The Griffith Review.)  Where Alison writes in her fine essay, “Māori also had limited English and suffered racism” - which is why these two 'minoritised' groupings initially gelled in mutual marginalisation — I would hope that nowadays any such stygmatisation is well gone/going for good and sense that poetry here is opening out into vast new and exciting vistas, is 'unfossilizing' itself. Finally.

Something that a further poem by Greg Kan breathes, as he slipped in here via an open window —

When cleaning the flat the things she frequented most ash hair rice urine skin. She took the bucket to where the dogs were tied up.The ways in which things that were, still are. She got permission from the teacher. She put on her hallway pass. She woke up in a small bedroom with a skylight. She went downstairs. This is not the place I started in, she said, although I’m not sure I would recognize that anyway. She woke up in the shed with her rifle. She remembers not being able to say a word. To know that she had mass, and impacted the bodies around her. She learnt to check ears eyes nose teeth and skin all over. A hammock in which her pulse rose and fell.

Because for Greg, “I often employ non-linear and parallel narratives, disjunction, extreme scale-dependency on the one hand and cross-scale extension on the other, entangled and confused selves and code-switching as procedures...”

LINKS to Alison Wong — the New Zealand Book Council page; as well as her at the 201o Auckland Writer's Festival in a You Tube moment or three...

Finally, thank you to Alison — I do hope things settle down for you now. & Greg, I have closed that window again — it is time for me to go toward another room.