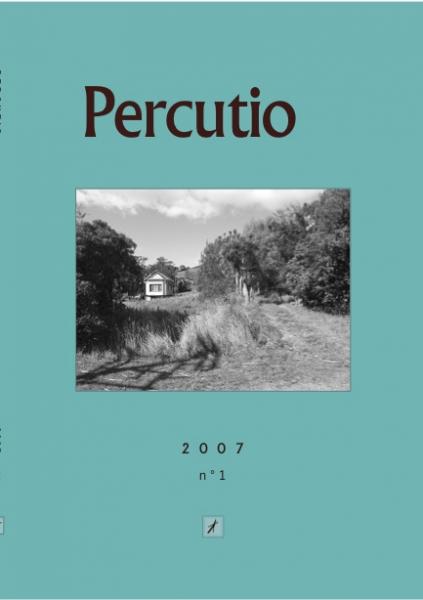 It comes from the Deep South of Aotearoa-New Zealand, where it seems so many distinctive poets reign, but it resides in France. It comes out irregularly. It features a bewildering array of internationally-based contributors, ranging from 'conventional' poets through to off-the-wall experimentalists. For example, Jacques Coulardeau who, 'has contributed to Percutio almost since its inception. He is a very interesting outsider on the French 'scene'. He researches what he wants to, but has a strong interest in US politics and European music'. I - Rapatahana - can only wonder as regards the existential je ne sais quoi of an outsider in outsider France, home of Camus, who lent this title, of course, to Colin Wilson...such are the interesting personages found in this publication. Indeed, William Direen, head sherang at Percutio and a particularly interesting character himself, points out further about Jacques, 'He was recommended to me by Université Paris Dauphine, who saw in him a renegade academic, and could not find a place for him within existing structures'!

Percutio is the brainchild of Direen. He writes, 'The magazine began when I realised that many of the people I visited when I was overseas were writing, and they were unpublished. They were often my friends and their writing was of a high standard. They were also constructively bridging cultures. Building bridges (poetic) rather than walls (polemic), and describing reality rather than blowing their own trumpets. That's where it came from.' For William there has always been a financial struggle to produce a finished product- 'It has been a passion and not a job.'

He continues, 'You are probably aware that Percutio is not funded nor supported in any way by any national institution. It is registered as a periodical in France, and for the moment we have simply continued with that, editing, crediting , and giving writer bios in French...Significant French influence on NZ culture has gone largely undocumented...Percutio also published writing by German writers, and really, there is no editorial swing one way or the other. We also had articles on Sri Lanka and travel writing...'

Even gaining distribution channels for the annual issue, has always been difficult, 'Until last year it was distributed in New Zealand by the time-honoured means of passing around contributor copies or copies purchased online. In France, however, people have been more supportive, with some support from individuals.' Reiterates William, '  It has never managed to recoup all the costs involved, but it is not a money-exercise. It is something I felt I had the qualifications to do, as an English graduate and experienced editor; I was in the ideal position to realise the project (travelling fairly often and meeting unpublished, often neglected, and marvellous, writers and artists). With a poetry magazine, someone has to foot the bill, but I have been pleasantly surprised each year by material assistance from unexpected quarters.'

Direen continues in this surprised mode, 'This year, Atuanui Press/Titus Books in Auckland (chief practical collaborator and serious business partner for Percutio) have undertaken to present it to bookshops the length of NZ, and this has meant that it is, for the first time, being offered to people outside the circles of the contributors. i.e. the "book-buying public" (which is, of course, is its own information system with it own standards and industry ethics). I'm very happy about this.' 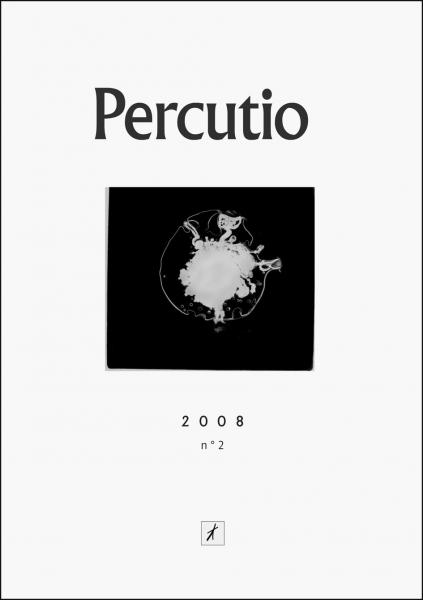 He has quite definite views (about many things, actually) but most especially regarding poetry within his home country of Aotearoa-New Zealand, 'Published Novazelandian/Aotearoan poetry I have had the pleasure to read seems to me to have been strongly influenced by contemporaneous economic philosophies. I do think that more than ever NZ poets need affordable access to literature, and they have to be able to read it in places where they can think about the content. So printed books (or, eventually, fully evolved electronic books) should be available for sale or sharing, and libraries need to acquire works that may seem to defy market-driven logic. This is very important for poets in the most isolated country in the world. Literature frees the mind. The lack of it may stultify and turn us into economic slaves.' And to conclude, Direen states, 'What would I like to see? More of the good, and less of the terrible...Percutio does carry a lot of daring work, but , as mentioned, isn't that what poetry is? Isn't that what literature should be...too much poetry, particularly on the web, is really a nice layout on the page for ideas that might be better expressed in prose, and especially in journalism. In fact, for the most part, it IS prose.'

I conclude this summary of this interesting poetry publication with work from Direen, himself also a well-known musician, including being in The Bilders with Brett Cross. It is an extract from a longer poem called 'Centre'. It is a reminiscence of Wellington, when Direen attended a course in Electronic Music run by Douglas Lilburn. 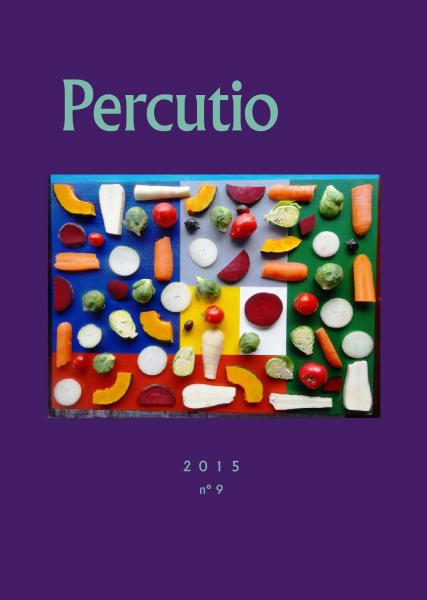 ... Lilburn in The Glen ... cicadas,
His studio an analog of the Garden.
I saw him listening and heard
Welcoming and thereafter
Waves noise sense-syllabics inflected by natural context,
Death, sun and leaf, growth and predation,
And such desperate clausal anomalies as our verbal selves
Our adventurous ones self-imperilled
Purchasing disturbances
Of optic and audio messaging paths.

Link page to all contributors to Percutio - ever.

(NB. Direen believes that, 'I think this issue P2015 will be the last issue of Percutio...I doubt I will have the time or money to edit it next year...')

Of course, for each and every Percutio, there has to be some JAAM for dessert. In this case, JAAM is now a well-established, rather 'mainstream' annual New Zealand poetry journal, financed by Creative NZ. But this was not always the case, for it began due to the maverick independent efforts of Mark Pirie, who tells us about its past below. I include the tale here, for it exemplifies just how access to Aotearoa-New Zealand poetry begins due to the independent efforts of young people with vision, drive, sheer hard work - ultimately for the benefit of all. 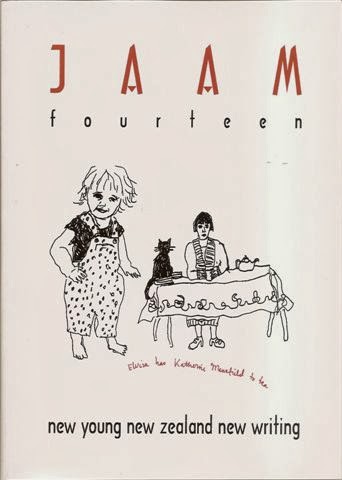