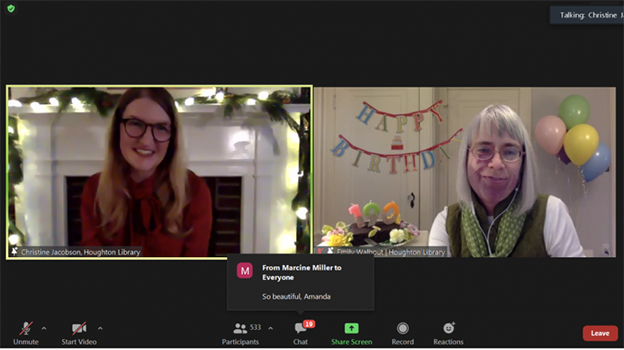 A poem as a machine?

William Carlos Williams wrote in his introduction to The Wedge (1944) that “[a] poem is a small (or large) machine made out of words”; or “poetry is the machine which drives it, pruned to a perfect economy. As in all machines, its movement is intrinsic, undulant, a physical more than a literary character.”[1] A poet and physician, Williams is most known for plums, the everyday, and minimalistic, rhythmic meter and lineation.

When I was a girl, my father used to set me atop the postal service mailbox located around the corner from our house. Blue and red, with a cavernous mouth that swallowed envelopes into what I imagined to be an enormous steel belly, its steadfast presence signified a mysterious process of reception and delivery — the transport of words to somewhere else.

Of a related process — the carrying over of one word to another — poet and translator Forrest Gander observes a corresponding mystery:

Of the “three grades of evil . . . in the queer world of verbal transmigration,” Nabokov places vernacularism at the lowest circle of Hell. “The third, and worst, degree of turpitude is reached when a masterpiece is planished and patted into such a shape, vilely beautified in such a fashion as to conform to the notions and prejudices of a given public.” In another place, he says that “A schoolboy’s boner mocks the ancient masterpiece less” than work that attempts to create a more “readable” version than the original. Since this column explores, and indeed celebrates versions that are wildly discrepant from the original, we should perhaps forget Nabokov’s contempt, and embrace the vernacularist translator—even espousing the No Fear Shakespeare series and its ilk as a harbinger of fearless literary experimentation to come, in its promise to translate the works of Shakespeare into “the kind of English people actually speak today.”

For the eighty-seventh episode of PoemTalk, Michelle Taransky, Cecilia Corrigan, and Lily Applebaum joined Al Filreis in the Wexler Studio of the Kelly Writers House to talk about two poems by Emily Dickinson, “She rose to His Requirement” and “Wild Nights — Wild Nights!” Texts of the poems can be read here and below. A recording of Susan Leites performing “She rose ...” is available at PennSound’s Emily Dickinson Birthday Celebration page, as is Jan Heller Levi’s performance of “Wild Nights!”

'Extraordinary experience will not be locatable'

Emily Dickinson’s poetry is perhaps the closest thing canonical American literature has to a “sacred language.” In Robert Duncan’s lectures on Dickinson, we could say that he posits her as the ultimate untranslatable poet, even within her own language. In her poems she “bring[s] us to the line where everything is so fraught with meaning that we can’t find the meaning.”

We’ve created a three-part mini-course/sampler of metapoems — one proto-modern, one modern, one postmodern. Listen to a brief audio introduction and then watch three video recordings of several of us working through close readings. The readings are meant to be suggestive rather than complete or definitive. Our concern was to teach ourselves something about the metapoem. The metapoem of course is a poem about poetry, a poem that is somehow aware of itself as a thing made of letters and words.   We wanted to choose three poems — otherwise different in so many ways — that are each about reading and/or writing.  Poems about the reading of poems. Poems about poets reading. Poems about their own inscribing. Poems that use reading as an allegory for loving, and loving as an allegory of understanding. Poems that cannot be understood topically (thematically) unless first one understands the ways in which they are about themselves — about the words they deploy, about the love or loving of words felt as they are being written.  About, as Harryette Mullen puts it, “the secret acrostic of a lover’s name” — a name you will discover as you read the very poem encoding that secret in its alphabetical existence — what Wallace Stevens in “Large Red Man Reading” calls “the literal characters.”

Here are some discussion prompts.

Audio introduction:  After listening to this introduction, are you able to define what meta-poetry is? The implication in this presentation is that meta-poems are especially interesting and provocative. Do you agree? Ponder for yourself what a meta-poem can do that a poem that is not self-referential—does not refer to itself as a poem—cannot do. What are the advantages of such self-reflexiveness?

Video on Dickinson’s “We learned the Whole of Love”:  How might a meta-poem about love differ from a love poem otherwise? What does Dickinson point to in a person’s life experience when she says that we learn “the Whole of Love” through alphabet and words? Isn’t love conventionally deemed something beyond language or prior to language—an emotional knowledge rather than a lexical one? What does love have to do with wisdom and, alternatively, with ignorance?

Video on Stevens’s “Large Red Man Reading”:  Insofar as we realize that the reader in the poem (presented in the third person) is the speaker, what evidence do we find in the poem itself of this identification? The reader in the poem seems also to be a writer. Whose phrases are “his phrases”? Are these the phrases in the book he reads? Is it possible that he is reading a poem he himself had written?  Because the speaker longs for reality (would himself have “wept to step barefoot into reality”), is reading a limitation? Is the reader doing something the poem contends is not as good as living in reality? Does reading offer any consolation to the reader who feels shut off from the world? What is the tone of this poem?

Video on two passages from Harryette Mullen’s Sleeping with the Dictionary:  As you read “Any Lit” ask yourself how the word “beyond” functions in each line. The word prior to “beyond” in each line sounds like “you”—one half of a relationship. The word after “beyond” sounds like “my”—the other half. Each line seems to claim that the object of love is better or greater than the subject (the one doing the loving). So we are left thinking about the two random-seeming sound-words in each line. Try working with some of these pairs. What is the relationship between “Yukon” and “Micronesia”? Is the implication there that the subject is boreal and the object of love is tropical? Practice the experimental logic of each pair. Try to work with each one. It’s difficult. Does a pattern emerge? What is Mullen saying about relationships—about relation generally? Are they always multiple? Are they inherently improvised? The terms are driven by sound. What does that do to semantic sense?

What with vital writers and artists — Rainer Maria Rilke, Pablo Neruda, Paul Celan, Franz Kafka, Joan Baez, Robert Lowell, and others in Memoirs of a Maverick Translator — what with them, a time comes for various other people, events, jokes, unique ideas, and more. They have wild difference, thus not much order or connection.

A prosodic variable is the type of constant

Susan Howe’s recuperation of Emily Dickinson’s visual prosody marks a pivot point in American poetics, insofar as it calls attention to the long effaced but paradigmatically American enterprise of self-invention that Dickinson’s practice depicts. And in depicting her work, the picture is the work, hence the holograph images that for the most part replace block quotes in texts like Howe’s My Emily Dickinson and the essay from which I’ll cull this epigraph, “These Flames and Generosities of the Heart.”

This space is the poem’s space. Letters are sounds we see. Sounds leap to the eye. Word lists, crosses, blanks, and ruptured stanzas are points of contact and displacement. Line breaks and visual contrapuntal stresses represent an athematic compositional intention.

Howe, and by extension Dickinson, are reference points for discussing the work of Mark Booth, printmaker by training, a painter, who also works in sound and performance, but whose practice is in some sense reducible to writing.

The light of this

An itinerant essay around a reading of 'The Gorgeous Nothings'

“The world will not rest satisfied,” wrote a reviewer of Emily Dickinson’s poems in 1892, “till every scrap of [Emily Dickinson’s] writings, letters as well as literature, has been published.”[1]