Robert Duncan, 'Often I Am Permitted to Return to a Meadow'

To talk about Robert Duncan’s poem “Often I Am Permitted to Return to a Meadow,” we at PoemTalk chose a day when an apt trio of poet-critics would be at the Kelly Writers House in Philly. It was, in fact, a celebration of the new Poems for the Millenium anthology, gathering together a new array of romanticism – a volume edited by Jeffrey Robinson (resides in Colorado) and Jerome Rothenberg (southern California). 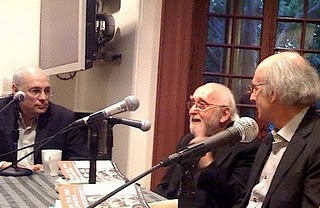 Charles Bernstein was on hand to help celebrate Jeffrey’s and Jerry’s great new volume, so we all took an hour aside and moved upward to PoemTalk’s garrett studio (which doubles as the office of Al Filreis) and got deeply and happily into this key poem by Duncan. First drafted in 1953, struggled over in the late 50s, and presented as the prologue poem to the important volume of 1960, The Opening of the Field, which in many ways, indeed, opened the field. Along the way, at various points in the discussion, we are privileged to hear of Jerry Rothenberg’s contemporaneous responses to the poem—he who after all published his own first book (of a very different kind) in that turning-point year. (Donald Allen’s gathering together of the somewhat newly emergent avant-garde, of various schools, in The New American Poetry, was published at the same time, as was Charles Olson’s Maximus Poems.) 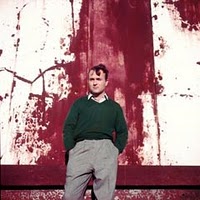 As Charles points out during our talk, any of the several key words or phrases in the poem (“permission,” “field,” “return,” “made place,” “everlasting omen”) could have occupied us the entire session. It seemed mostly sufficient to wander around this poetic meadow for a while and then bow out as gracefully as we could. We note that Jerry’s interest in Duncan’s mode has increased over the years. We also note that none of us could quite agree with any of the others about the precise relationship between this poem and the Romantic tradition. Al tells of the recurring dream (from Duncan’s childhood) that animates and informs this “return” to the meadow. Charles remarks on the crucial major distinction between writing, on the one hand, and the state of being given permission to write, on the other. Jeffrey speaks helpfully about the possible connection, for Duncan, between “field” and “feel.” Jerry ends by talking briefly about how Duncan has influenced his own work.