Breaking with issue-based enumeration — and Jacket2 Reissues standard formats — this special archival release of Robert Shepherd’s singular Pages reopens the poetics of the page alongside a snapshot of “linguistically innovative poetries” in the UK from 1987 to 1989. Rather than scan the magazine as it circulated — a two-sheet, eight-page photocopied zine on white paper — this reissue presents the original camera-ready paste-up sheets of Pages as they were prepared by hand by Sheppard. Scanned at the University of Salford, Manchester (UK) by Joey Frances in collaboration with Scott Thurston, these newly public “pages” are cut and arranged to present reading copy PDFs in the sequential order of the magazine, mimicking the folding of the sheet in its original distribution. While the digital images are rearranged to simulate print distribution, the “cut-and-paste” editorial aesthetics of Pages seem eerily predisposed to internet circulation today. In both directions, Pages turns the reader’s attention to the materials that undergird circuits of poetic dissemination, on and off the page. 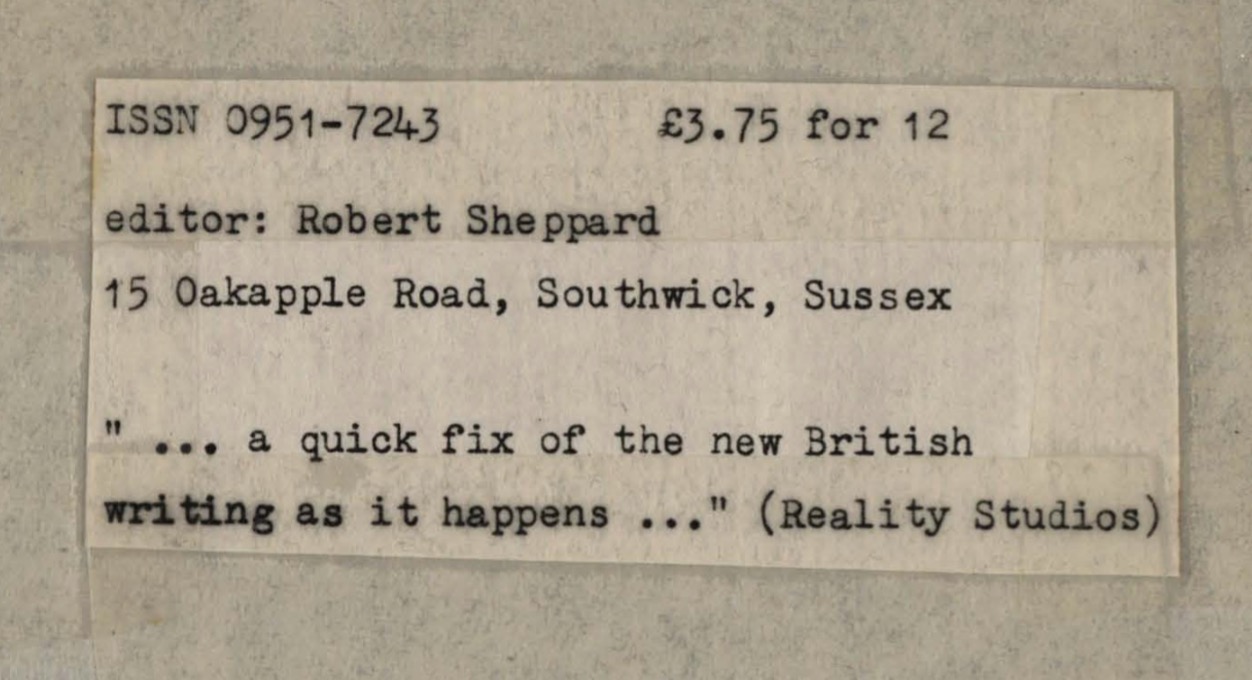 Amidst this shuffling of pages — between paste-up, magazine, and PDF — the reader will find an exceptional collection of innovative poetry tightly edited by Sheppard for the magazine’s minimal eight-page issues. Later pages draw out a line from Ken Edwards, who aptly cites Pages as “a quick fix of the New British Poetry as it happens.” The speed and urgency of this photocopied fix is seen in the variety of materials, tapes, pastes, and inks that mark these pages, just as it can be read within the heterogenous set of experimental verses that populate each issue. Computational poetry intermingles with abstract drawings that turn into political poetic tracts that meet with absudist comics that open onto linguistic field verses that respond to prosodic enigmas: there is much to discover within these pages. 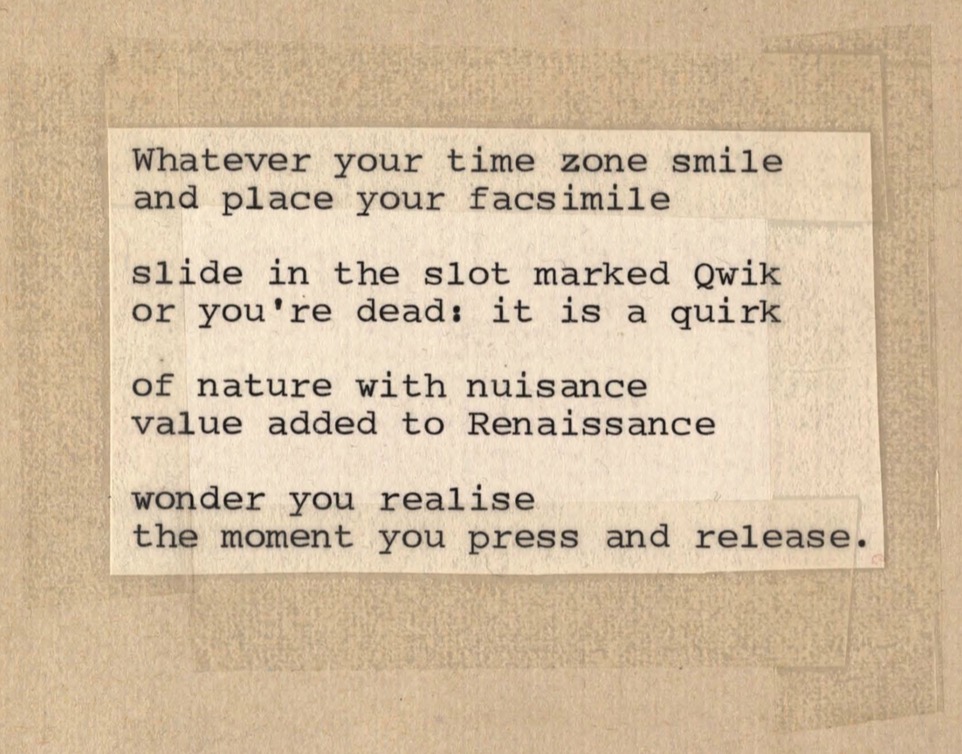 All Pages are available for download or browsing below. Each PDF is fully searchable and bookmarked for easy navigation to individual pieces within the magazine. This reissue is edited by Danny Snelson with scanning and editorial assistance from Joey Frances and support from Scott Thurston and the Kelly Writers House.

The complete set of Pages is available for download here: [ZIP, 97.1 MB]. 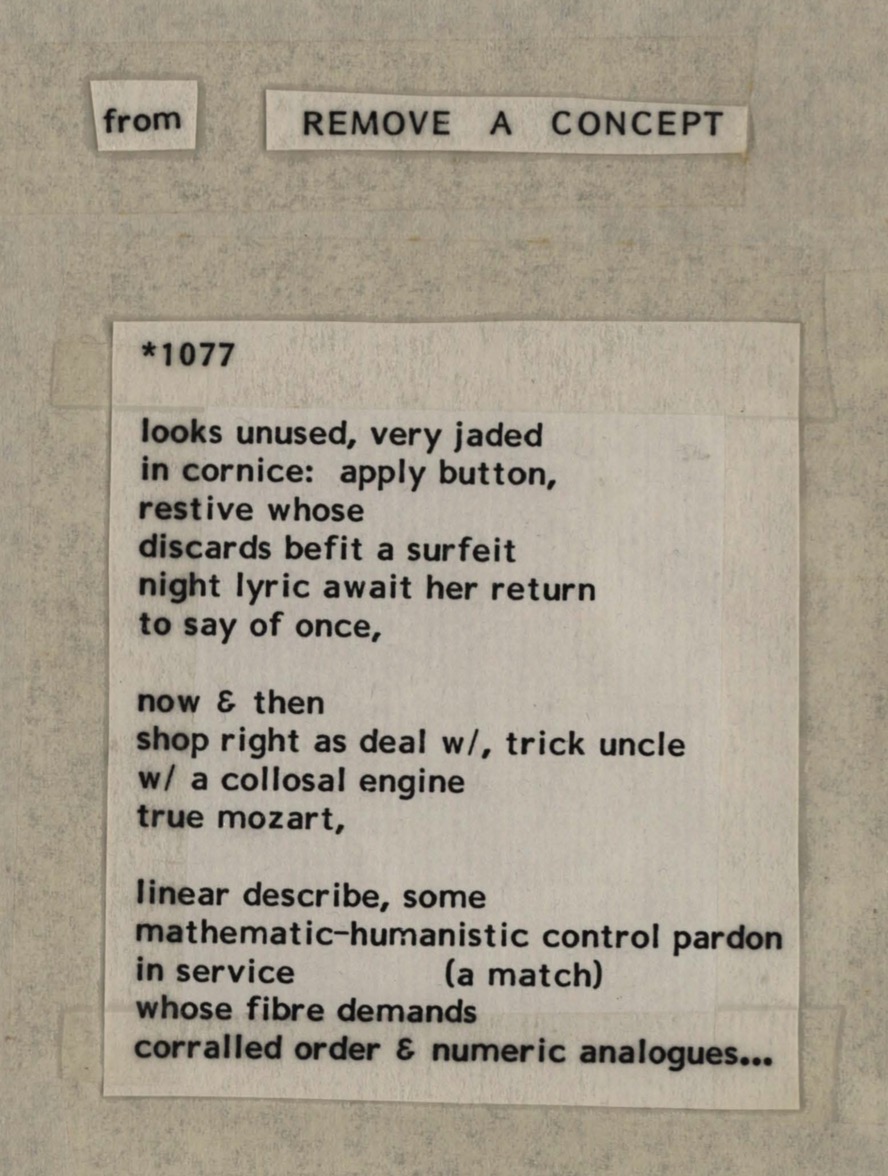 David Miller, “An Anger in This Place”

Patricia Farrell, “No Natural Object his”

John Wilkinson, “Home At The Range”

Michael Ayres, “To his fragrance, she surrenders”

Peter Ganick, from Remove a Concept

Robert Sheppard, “Meet Me Outside the Daily Planet”

David Barton, “Four drawings from ‘Next to Nothing’”

Jacket2 Reissues is an archival platform for magazines committed to poetry and poetics. We publish fully searchable facsimile PDF editions, scanned in high resolution and organized with bookmarked content. Reissues places a stable collection of complete magazines in dialogue with the ongoing publication patterns of the website. Reissues is edited by Danny Snelson with scanning support by Megan Anderson, Amelia Bentley, Ben Filreis, and the Kelly Writers House. 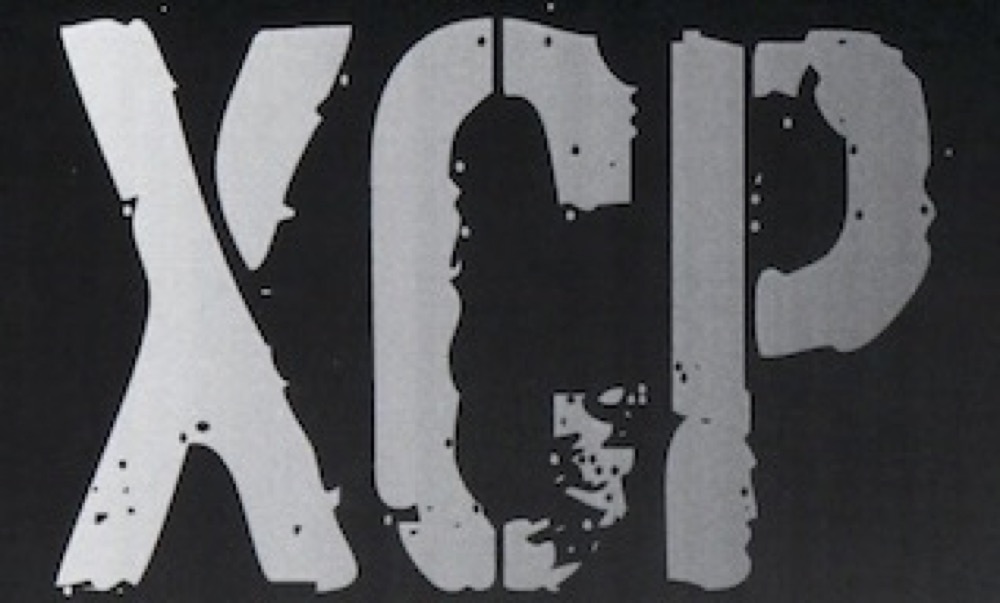