Two poets who write about art

When I read Eileen Myles' book The Importance of Being Iceland in November 2010, I was stimulated by its breadth of sources and its kind of charged acuity. I decided to publish a review of it in Jacket. In the essays Eileen had written mostly about art and often about the circumstances of travelling, mainly to Iceland, to look at art. So I needed to find a critic on a similar wavelength to hers and one for whom the art she talked about might be familiar.  It wasn't too hard - Ken Bolton was the obvious person. He is, like Eileen, both a poet and an art critic and his book of essays, Art Writing, was published around the same time as hers. (Ken also makes drawings, some of which will be published in a forthcoming instalment of the Australian poetry feature currently gearing up again in J2). 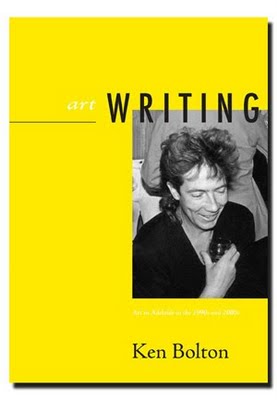 Connections between art and poetry and the 'polis' in the actual world where we organise systems to enable daily living have been extrapolated from and theorised at least since Plato's Republic in 380 BC. In the contemporary world Ken Bolton's writings on both visual art and poetry (alongside music and film) in poems and in critical essays intersect in a distinctively coherent manner and always connect with the world-at-large. His big, roaming, sometimes discursive poems can often run to twenty or thirty pages, though he wouldn't necessarily categorise them as 'long poems'. (Ken's recent book of poems, Sly Mongoose, contains several good examples. My review of it is published in the current edition of  galatea resurrects.)

Ken works at the  Australian Experimental Art Foundation in Adelaide in South Australia. He posts, fairly regularly, in his online digest of critical writing called  The Dark Horsey Form Guide, Archive & Punter's Companion. He also manages Dark Horsey Bookshop at the aeaf and from time to time he cranks up a perky publishing imprint called Little Esther Books.

Looking back at the first issue of Jacket that John Tranter invited me to guest-edit in late 2004/early 2005, it seems a long time ago that I asked local poet and academic Peter Minter to produce an interview with Ken Bolton for that issue. Both poets have engaged in many projects in the subsequent seven or eight years. 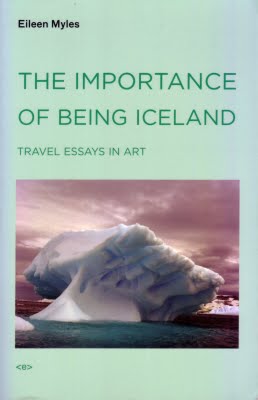 Here in J2, taking up Jessica Lowenthal's suggestion that I revisit some of the outstanding material from the original Jacket, I want to re-present Ken Bolton's review of  Eileen Myles' The Importance of Being Iceland: Travel Essays in Art. It was published in the final issue of the Sydney-based Jacket at the end of 2010.

Here is the link.