In early 2008 Jacket published two poets, Eugenia Ritz and Andrei Sen-Senkov translated from Russian by Peter Golub, and an interview with Dmitry Kuzmin that Peter conducted in Moscow in the summer of 2007. Dmitry Kuzmin is an editor, critic, poet and the creator of LitKarta, an online map of literary Russia. 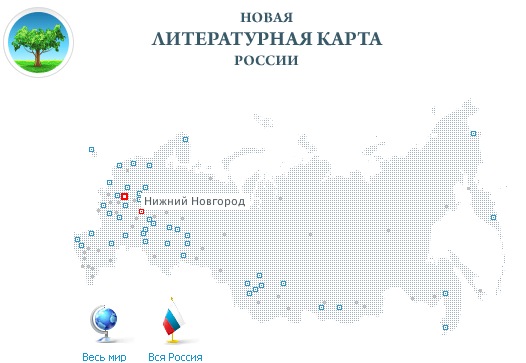 Later that year Peter suggested that Jacket feature a selection of contemporary Russian poetry. This looked like a good proposal and we began work, building the feature from files as they arrived. It included work from sixty-seven poets, eighteen translators, several essays and an interview. It was one of the most extensive poetry features I worked on during my time with Jacket. I discovered much about new Russian poetry as I did so. The ideals, points of view and expectations of the group of  “new” poets were distinctly different  from those who published under the old Soviet Union regime. The writing was more candid and embraced innovation.

Peter Golub is a poet, translator, and scholar. He has published his work in various places including Circumference, PEN America, and Playboy.  He has one book of poems published in Russia, My Imagined Funeral (ARGO-RISK, 2007). He's also the recipient of a PEN Translation Grant as well as a BILTC Fellowship. Peter is currently working toward his PhD at UC Berkeley and helps edit the St. Petersburg Review. He says:

"The 2008 New Russian Poetry feature was a remarkable feat. So many translators and scholars came together to produce a large collection of excellent translations, and the collection is still one of the best and most accessible in the world. I know of at least one Professor who used it in her poetry class, and there are probably more instances where the feature was an important text in a class. Some of the younger poets in the feature now have full length books in the U.S. for instance, Aleksander Skidan (Red Shifting), Dmitry Golynko (As It Turned Out), Andrei Sen-Senkov (Anatomical Theater), and Polina Barskova (The Lamentable City).

In Russia these poets are being regarded seriously by the literary establishment and are winning awards. The new poets have many champions. My job is to bring some of this energy to the English speaking world. I've now published a full length article, Vavilon and the Young Poets: A New Subfield of Russian Poetry, on the Vavilon (Babel) movement, exploring some of the reasons behind the young generation's desire to create a new space in the Russian literary field and outlining some of the ways in which they are different from those who preceded them.

I co-translated, with Ainsley Moore,  Andrei Sen-Senkov's Anatomical Theater. I received the PEN Translation Grant for a book by Linor Goralik, which to my chagrin has yet to find a publisher. Of course, there is still much work to do and the New Russian Poetry feature plays an important role in helping people get to know Russian poetry as it is today."

Here is the link to the Young Post-Soviet Poets feature -