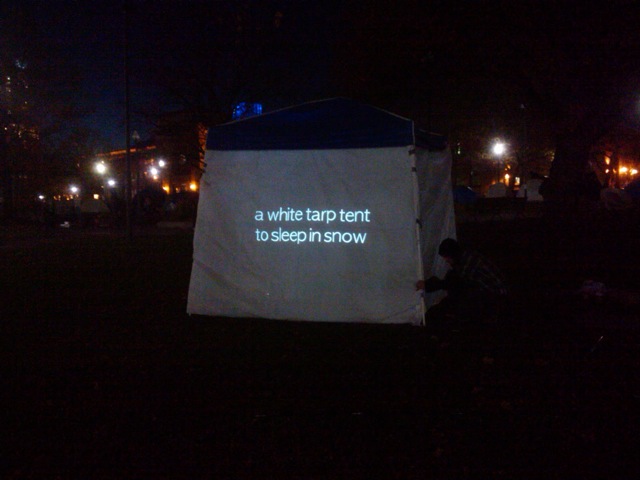 Lenine’s bridge (ponte) is a place of imaginative crossing. For neither coming nor going, as he sings. Just bridging. The refrain “Nagô, nagô, na Golden Gate” finds the sound of the name for Brazilians of Yoruba descent in/on the San Francisco icon. (The term Nagô is used especially in Lenine's home state of Pernambuco, where it also refers to a style of capoeira and to Xangô, the major Afro-Brazilian religion in Northeast Brazil.) Coconut palms open up on the balconies of the Empire State.

The bridge is a way to leave the island — the island of self, the isolated dwelling, perhaps the insularity long associated with the (is)land of Brazil. “Este lugar é uma maravilha/ mas como é que faz pra sair da ilha?/ Pela ponte, pela ponte.” (This place is a wonder, but how do you get off the island? By the bridge, by the bridge.) Lenine takes advantage in his lyrics of the “ilha” (island) embedded in “maravilha” (marvel or wonder) — a poetic feature of the Portuguese language that has helped perpetuate the historical imagination of Brazil as a “specially endowed island,” as critic Charles Perrone explains in Brazil, Lyric, and the Americas (2010, p.11)). Situating Brazilian poetics in a hemispheric, transamerican frame, Perrone provides an excellent history and analysis of the legacy of Brazil as a perceived island in the Americas, and the resonance of this perception in contemporary Brazilian poetry.

Perrone’s books, in addition to being essential critical resources on Brazilian poetry since Modernism, are the best texts for understanding the close relationship between poetry and music in Brazil. (The relationship that lets me feel free to quote Lenine lyrics here on J2.) In Seven Faces (1996), Perrone explores “the Orphic imperative” whereby music and poetry constantly cross-fertilize in Terra Brasilis (ch.4). Musicians are poets (Caetano Veloso, Chico Buarque) and/or poets musicians (Arnaldo Antunes), poets work as lyricists (Vinicius de Moraes and Antonio Cícero — who is also a philosopher — are two prominent examples), musicians set poetry to music (including musicalization of Concrete poetry), even Lenine's “A Ponte” is also an “embolada,” a Northeastern folk poetic form in which the poet recites a (usually improvised) poem while accompanying themself on pandeiro (tambourine). The embolada is often an exchange performed by pairs of poets spitting rhymes at each other, competing for the best lines (sometimes along with best bravado).

Besides the embolada-style exchange of singing and recitation (or rapping, as in Lenine’s collaborative performance with GOG, who here takes up the controversial costs of an actual bridge, the Ponte JK in Brasília), the album version of “A Ponte” mixes in the sounds of a dial-up modem and a child talking. It's a bridge across genres and media.

A bridge of poetic light across the Americas.

In early December, I went down to the Museu de Arte Moderna (MAM) to see Bruno Vianna and Renata Pinheiro's eletropipas — poetry kites. Here in Rio, they were selected to grace the Festival CulturaDigital.Br. “Céu da palavra” (Sky of Words) projects writing by the artists and other poets into the night sky, to be caught and read on the surface of blank white kites flown by visitors. Poetry’s relational potential activates. Kites being wind-dependent, however, and December 2nd being a still night by the bay, the eletropipas didn't lift off. In the video above, taken by the artists in Juazeiro do Norte (not far from Lenine’s hometown of Recife), the kites make whimsical bits of soaring verse.

At the same time as the poetry pipas were trying to fly, Occupy Wall Street was going strong. At Occupy Providence, a poet’s tent lit up the encampment. Ari Kalinowski's “Occupy The Light” projects the words of occupiers onto The Beacon, a white tent aglow with poetry through the night. Like kites, The Beacon travels. The tent has most recently been to Occupy The New Hampshire Primary. Words as shelter, poetry a lighthouse, the voices of America a necessary light in darkness.

From the same ingredients, a white page illuminated in the night, two American public answers for how to read in the dark.

A happy Valentine’s week to all hemispheres. With no valentines in Brazil (here's a Brazilian Portuguese version why), one waits (til the not-quite-approximate Dia dos Namorados, Lovers' Day, June 12) or makes one’s own.

For Stacy Doris, many xxx’s and ooo’s. 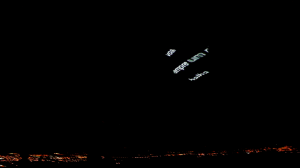