For all their twists and spin, poets like Kamau Brathwaite and Charles Bernstein seem strikingly direct in their politics when compared to Vanessa Place and her poetics of iteration. Where in a work like World on Fire Bernstein clearly attacks the US invasion of Iraq, Place, like some other conceptual writers, seems to reject the idea that we might change the world by transforming our language. Indeed, at times Place takes direct aim at texts that seek a revolutionary change in the social order.

For instance, in her “Boycott Project,” Place reproduces feminist classics such as Simone de Beauvoir’s The Second Sex with all female-gendered words replaced by their male counterparts. (See Place’s The Father & Childhood.) 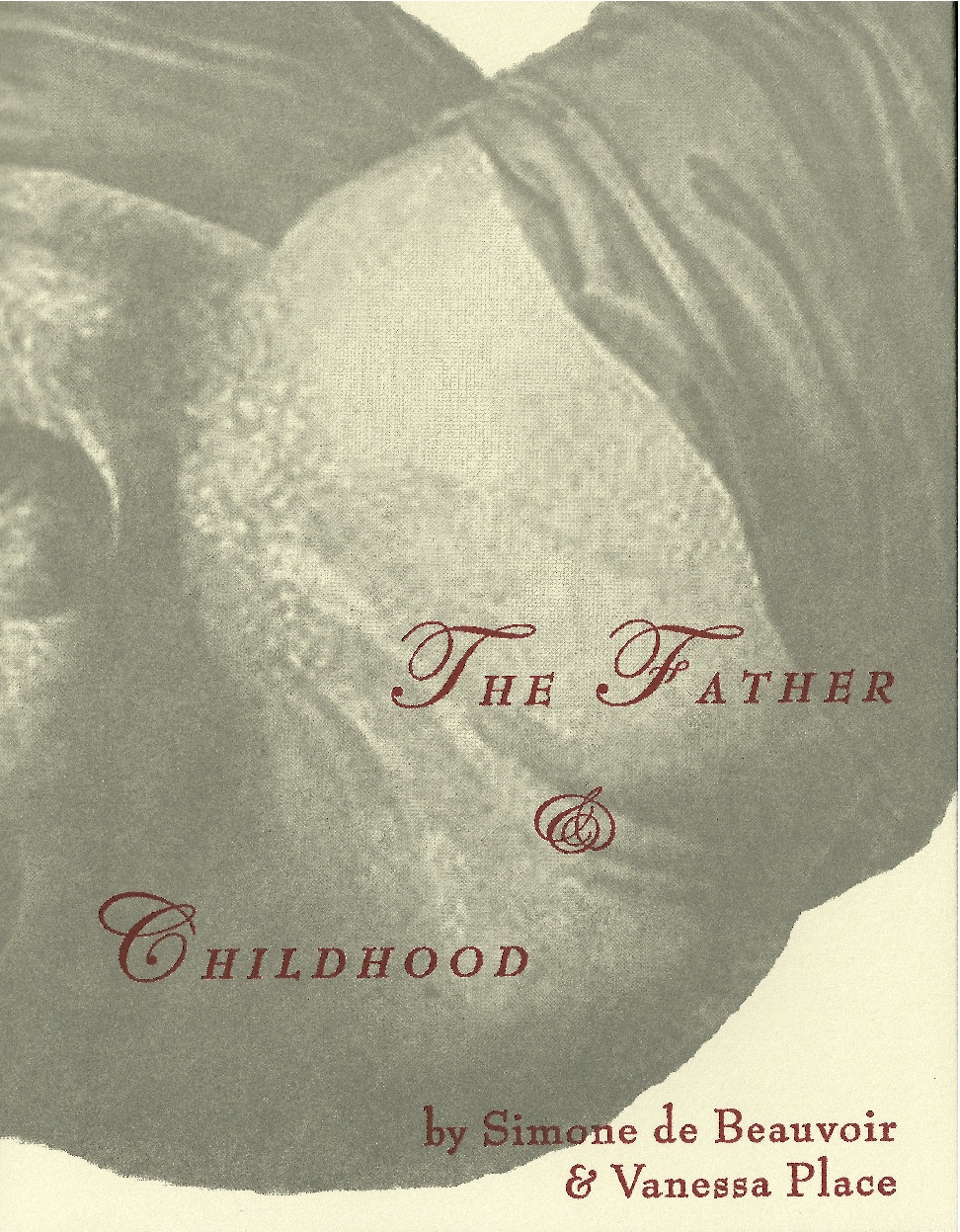 In so doing, Place seems to suggest that feminism is doomed to adopt the very rhetoric of mastery that it seeks to oppose––that any attempt at revolutionary change will inevitably be confounded by sameness. Take, for example, Place’s rewriting of another well-known feminist text, Valerie Solanas’s SCUM Manifesto: “Life in this society being, at best, an utter bore and no aspect of society being at all relevant to men, there remains to civic-minded, responsible, thrill-seeking males only to overthrow the government, eliminate the money system, institute complete automation, and destroy the male sex.”

Here Place seems at first glance to be straightforwardly satirizing Solanas’s revolutionary emphasis on a society without men. Yet Place stresses not only the entrapment inherent in the discourse of mastery in Solanas’s seemingly revolutionary text but also the revolutionary nature of Solanas’s deployment of this very entrapping discourse. Solanas’s manifesto has been read in multiple ways, as both a revolutionary utopian tract and a satire. As Ginette Castro has argued, SCUM Manifesto can be seen as “a parody of the Freudian theory of femininity, where the word woman is replaced by man.” Place, then, picks up on the replacement procedure already inherent in Solanas’s text. Place’s rewriting simply makes the satire more obvious. Place takes Solanas’s procedure to its logical conclusion––by foregrounding the rhetoric of patriarchy in the piece. But she also deflates Solanas’s anarchic vision, flattening it into an assertion of the impossibility of revolutionary change.

Here again we see the poetics of iteration in action, but in a way that is both less and more committed to a revolutionary politics. Place’s “Boycott Series” takes the Hegelian master-slave analysis that has shaped so much feminist theory to its extreme conclusion. For Place, to assert with Beauvoir the “same right as man” is merely to reinforce the position of the master. Instead, Place highlights this problem by repeating, rather than recognizing, the master. The master consequently––according to the master-slave account––ceases to have a slave to recognize him. Without women he has no other against whom to define his mastery. Place’s revolutionary feminist poetics of iteration here seeks the emancipation of women through their textual elimination.

This commentary considers the iterations of translation, performance, globalization, and digitalization as they recur in, around, and through poetry.

I take iteration to encompass a range of poetic practices, including repetition, sampling, performance, versioning, plagiarism, copying, translation, and reiterations across multiple media. I’m interested in exploring how iterative poetries emerge out of and respond to the challenges to individuality, agency, authority, cultural identity, and difference posed by new technologies of reproducibility and by globalization.

Jacob Edmond is author of A Common Strangeness: Contemporary Poetry, Cross-Cultural Encounter, Comparative Literature (Fordham UP, 2012), co-editor of Recentring Asia: Histories, Encounters, Identities (Brill, 2011) and co-editor and co-translator of Yang Lian’s Unreal City: A Chinese Poet in Auckland (Auckland UP, 2006). His articles have appeared in journals such as Comparative Literature, Contemporary Literature, Poetics Today, The China Quarterly, and Russian Literature. He lives in Dunedin, New Zealand, and teaches at the University of Otago.