Jennifer Scappettone, Marcella Durand and Jessica Lowenthal joined Al Filreis for a discussion of Susan Howe's understanding of a crucial and extraordinarily complex poem by Emily Dickinson--the one that begins "My Life had stood - a Loaded Gun."

And do I smile, such cordial light
Upon the Valley glow--
It is as a Vesuvian face
Had let its pleasure through--

Though I than He--may longer live
He longer must--than I--
For I have but the power to kill,
Without--the power to die--

Attempts to read and understand the poem form a central analytical narrative, or, one is tempted to say, a viscerum in and through Susan Howe's book My Emily Dickinson. Our group not only took a cue from Howe's sense of the poem's centrality; we used the recording of Howe's reading of the poem--and several passages from her book--as our basis and starting point. The recording comes from Charles Bernstein's interview with Howe for his LineBreak series; the entire series is available through PennSound. Jen Scappettone's comments help us contemplate Howe's working out Dickinson's sense of the way war enters the details of domestic existence. Al presents the extended conceit (the woman is to the man as a gun is to its hunter-owner) and then the four proceed--immediately--to complicate it, aptly. The gendering, Marcella and Jessica remind us, is not at all straightforward. Among the many questions pondered here: How do we know for certain that the gun is gendered female?

Dickinson offered several variant words. One of these is "art," which might have replaced "power." "For 'art' you need an artist," Marcella notes, "the creative power. Can the gun be the artist? Do artists extend power? What was the role of the artist or writer in America?" We listen to Howe (reading from her book) say, "When I love a thing, I want it and I try to get it." Sounds to us, at least partly, like a predatory version of the subject-object dynamic. Jen adds: "Love brings the owner and the gun together, but also the predator and the prey." Jessica speaks surely for all of us at PoemTalk when she says, in her final word, that she's glad to return to this crucial poem over and over. This morning I interviewed and moderated a discussion with Susan Howe, and last night Susan read her work, including the opening pages of Melville's Marginalia, sections of The Midnight, and the poems in a series called "118 Westerly Terrace" (the address of Wallace Stevens's home). Click here for links to audio and video recordings of both events. 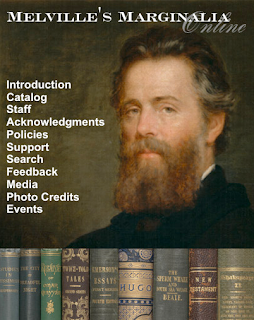 New at PennSound. When Susan Howe visited Rachel Blau DuPlessis' class at Temple University, in December 1986, Rachel had the presence of mind to record the conversation. And years later she re-found the tape, gave it to us at PennSound, whereupon we converted the recording from cassette to digital audio. Now Jenny Lesser has segmented the whole recording into short "singles," by topic. Here is the list of the topics (and recording lengths). Links to these, and to the whole discussion, are of course available at PennSound's Susan Howe author page: