Some artists cannot afford to believe that aesthetics are not inextricably tied to politics. In my final post of the series, I continue summarizing the significance of artists who, in giving expression to their visions of truth and meaning, ultimately resist normative discourses by refracting status quo representations of the world.

II. Refraction as Resistance: A Poetics of Non-linear

This is political: Each of these works of art suspend our normative definitions and terms and open up a liminal space where identity constructions are not fixed; instead a question is inserted, an uncertainty is posed, and there is the possibility of transformation. In interrogating the coherent borders of established delineations, refraction is the promise of a continuously shifting space: new ways of seeing, knowing, and being. Indeed, fluidity and permeability are prerequisites for accommodating Otherness—subjecthoods that are not regarded as within the cogent boundaries of our norms.

Nonlinearity: Again, I think of disparate angles and bending lines of light through water, glass, prisms.

In Jill Darling’s essay “Narrative Perversion” (a revelatory discovery that I read now in relation to my essay “Dear Blank Space”), she speaks specifically to narrative structure (normative structure), but her analysis applies to this discussion as well. She paraphrases Hayden White:

The dominance of narrative form is linked to a cultural value placed on narrative cohesion, a social and legal system in which the norm of narrative structure erases the gaps and fragments, and values continuity over discontinuity, cohesion over the disparate parts.

The danger of the dominance of narrative cohesion—or of any normalized base-line—is that it pretends that holes and fragments do not exist in our identity categories and representations of reality, or as identities in themselves, and it forgets that so much of the unarticulated/inarticulable resides in those holes and fragments. To take this further: It fails to recognize that even perceiving X as disparity or lack of wholeness is only if one is looking from a location where cohesion is defined as Y.

This is what has always led me to believe in the wholeness of holes, so that when Darling says “Make the wounds (*lack*) whole,” I do not think she means fill those holes with something else but rather behold those so-called ‘wounds’ or ‘lack’ and call it ‘whole.’ This is, I argue, exactly what Kim does with her understanding of sound as a person who is deaf; what Cha does in her rendering of language as texture; Philip, too, in her use of erasure.

In other words: If deviations from the dominance of linearity are considered refracted and fractured—what if instead we were to make non-linearity our cohesion, our whole? 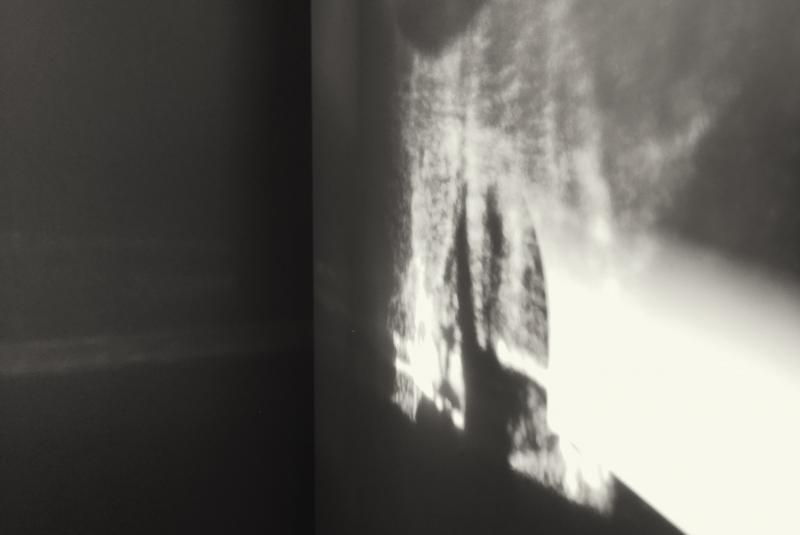 As in a prism: Refraction involves a transformation from objectivity to multiplicity, from a unified surface appearance to disparate parts. In relation to non-linearity, refraction resists the dominance of a singular concreteness and instead celebrates multi-dimensionality and multi-directionality. I think of: Lyle and her fluctuating structures; Cha and her multimodal layering of sounds and imagery; Philip and her fragments and splinters of text.

In breaking from a straight line, refraction embraces a multiplicity, dimensionality, and complexity that is more truthful to our world and our lives.

IV. Refraction as Resistance: From the Peripheral

As I have previously observed, refraction is literally a marginal way of seeing. When we see through a refracted lens, we are not seeing the world in its dominant terms, but instead we are seeing it askew. It makes sense that these artists, in order to give voice to their truths and experiences, must disrupt society’s status-quo notions and terms. From the peripheries, everything is slant.

The works of art I have examined reframe the margins as the center of their focus, and moreover they make meaning from this location. This is a revolutionary act: Refraction repositions the line of sight and meaning to the peripheries.

Insomuch as defamiliarizing moments can be alienating, the audience experiences, for a moment, what a person from the margins experiences all the time. For a moment: an unsettling glimpse toward interrogating our cultural assumptions. Even if they cannot fully inhabit the marginalized experience, at the very least the audience is asked to suspend normative delineations and to insert a question, to experience an uncertainty, for a moment. 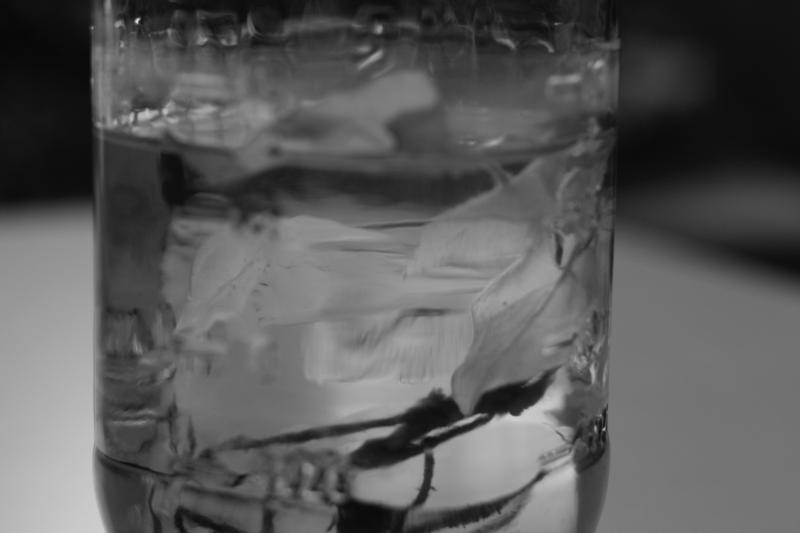 V. Final Remarks: The Poetics and Politics of Difference

Light travels in a straight line unless it crosses a boundary. This miracle of bending light is as political as it is aesthetically compelling.

Dorothy Wang observes that when critics focus on the identity politics of a poet, they often fail to recognize achievements in form, and vice versa. Ken Chen points out that confining ourselves to close-readings of form can excuse us from honestly examining the social, historical, and cultural context.

Perhaps as a writer of color, there is a correlation between my love for boundary-pushing writing and the significance and urgency of pushing boundaries in my personal life. Or: a work of art cannot help but exist from within the artist’s perspective, and an artist who creates from a marginalized location cannot help but embed this vantage point into the angles, rhythms, and textures of their art.

More than this, perhaps it is also true that poetics always carries a politics—is always socially, historically, and culturally situated—but for many this can be hidden under the veil of what we have learned to regard as “universal” or “default.” Wang argues: “We should…be reading both minority poets and canonical poets with attention to formal concerns and the social, cultural, historical, and literary contexts that have shaped the work…. ‘For as long as social relations are skewed, who speaks in poetry can never be a neutral matter.’”

Maybe the separation we often heed between poetics and politics is a false one. More than anything, what draws me to these artists is how they rupture our prevailing base-lines of meaning and carve out a space of liminality in which there is a richness and depth that is as stunning as it is revolutionary; in resisting normative delineations, they uncover all the beautifully oblique angles and lines of a world underwater.

Gregory Nagy, “The Fragmentary Muse and the Poetics of Refraction in Sappho, Sophocles, Offenbach,” Center for Hellenic Studies, Harvard University.

September 30, 2016
Related:
The poetics and politics of refraction
Refraction as rupture
Refraction: Other bodies, liminality, and Ricoeur
Refraction as resistance (i)
TAGS:
< previous post