Refraction: Other bodies, liminality, and Ricoeur

This series started with the intuition that certain works of art to which I am drawn translate the world for and through the liminal body, offering articulations that refract the straightforward, the literal, the dominant. What is the role of ambiguity and the inarticulable in these refractive poetries? Why are these qualities especially poignant for artists from the margins? How do the mechanisms of refraction allows these artists to achieve meaning and truth that is otherwise unlocatable?

I. Otherness and the Unlocatable

Although the poetics of slant is familiar, my intention has been to expand our appreciation and understanding by wading to other parts of the waters to describe the temperature and texture, and by focusing especially on artists from the margins. In Posts 1 and 2, I began to define what a poetics of refraction might encompass: a base-line that is disrupted, whereby new layers of meaning are made in the space of displacement between the base-line and the line-of-refraction. Inasmuch as metaphor is a function of refraction, I invoked Ricoeur (“an indirect reference built on the ruins of a direct reference”), whom I return to now.

In his essay “The Metaphorical Process as Cognition, Imagination, and Feeling,” Ricoeur theorizes how metaphor creates new meaning across a distance, between an old and new reference, where the former is not obliterated completely but is made ambiguous. He quotes Jakobson: “‘The double-sensed message finds correspondence in a split addresser, in a split addressee, and what is more, in a split reference, as is cogently exposed… Aixo era y no era (it was and it was not).’”

Ricoeur refers to this as stereoscopic vision. Refraction as as a poetic function is like this, too, where meaning hinges on both terms of vision—the base-line and the line-of-refraction—and particularly the tension between them. Implicit in this tension is the potential to challenge socioculturally dominant visions of reality, which will be examined in upcoming posts. For now it is interesting to consider how meaning here occurs by way of “a transfer in a kind of space,” that is, a space of suspension that “compels us to explore the borderline between the verbal and the non-verbal.” In resisting normative delineations, refraction carves open a space of liminality.

For artists from the margins, this space takes on particular significance: In a world where grounding and coherence consist of normalized identities, marginalized bodies are almost by definition amorphous and inarticulable. That is, because Otherness is non-normative, it is underneath the surface and difficult to verbalize in our socialized terms. It makes sense that to give these perspectives a voice, we must turn to non-straightforward ways of meaning-making. The space of liminality ruptured open by refraction is what allows for a discourse of Otherness that might otherwise not be articulable.

This explains why terms of ambiguity and silence pervade the works I have examined. M. NourbeSe Philip, the erasure poet in my previous post, says it was important for there to be moments “where the poem escapes the net of complete understanding—where the poem is shot through with glimmers of meaning.” I think of water-light and prisms. Refraction gestures toward meaning without pinpointing it, because complexity cannot be pinpointed, because delineation fails, because our known boundaries and definitions are the very things being disoriented. This is relevant for many ineffable truths, but it is particularly relevant for the truths of marginalized bodies. 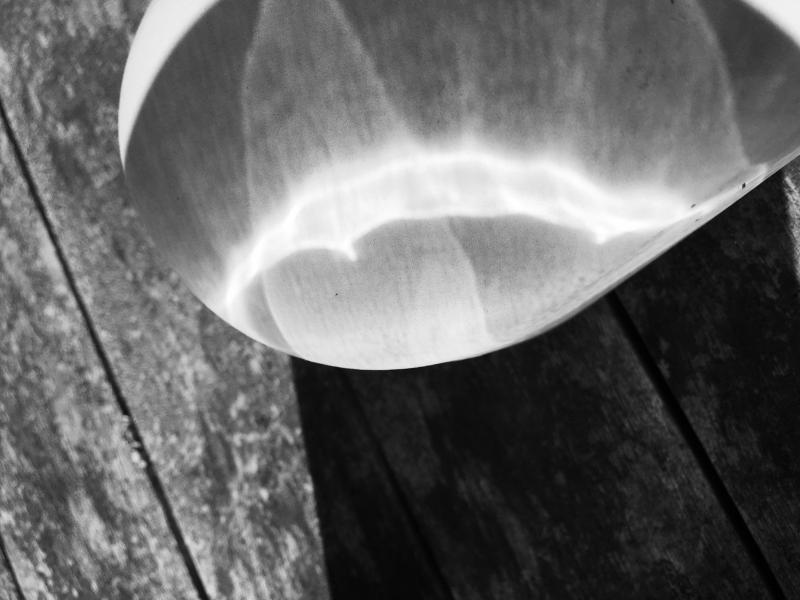 If meaning cannot be articulated straightforwardly using the prevailing terms of mainstream society, then how do poets and artists voice their truths? Thinking back to Capone, Kim, Cha, Lyle, Walker, and Philip, their poetries rely on bodily ways of knowing; it is here that Ricoeur presents two alternative cognitive tools on which poets and artists depend. He theorizes that feeling and imagination are actual cognitive meaning-making agents in the metaphorical process, where feeling is what makes us “attuned to aspects of reality which cannot be expressed in terms of the objects referred to in ordinary language.” It does this by “a process of interiorization… To feel, in the emotional sense of the word, is to make ours what has been put at a distance by thought in its objectifying phase… They are not merely inner states but interiorized thoughts.” Furthermore, imagination is where “the ‘absence’ proper to the power of suspending what we call ‘reality’ in ordinary language concretely coalesces and fuses with the positive insight into the potentialities of our being in the world which our everyday transactions with manipulatable objects tend to conceal” (emphasis added).

This, perhaps, is my obsession with [O/o]ther ways of knowing: beyond the literal, beyond our terms; instead, something yet unsayable in the body.

Here is how the poetics of refraction holds power: It offers a way for expressing what cannot be told straight, and instead it makes meaning by way of feeling and possibility in a beautifully wild and liminal place. Moreover, whereas normative references are insufficient because they lack complexity, multi-dimensionality, and the depths of Other existences—refraction disrupts and suspends, thereby revealing the unarticulated spaces and the inarticulable potentials beyond our conventional delineations. Refraction carves an absence into the status-quo, and in that space we are able to feel and imagine a transfiguration of the world that is and is not yet, an opening for other more liminal and unpinpointable bodies.

In an essay of mine “Dear Blank Space,” I meditate on the poetics and ethics of blank space, silence, unknowability, the margins, and broken things. One of the sections seems especially pertinent to the poetics of refraction:

Dear Margins,
Why does it move me, the peripheries—the overshadowed, the speechless, the passed-through? When we look from here, everything is slant. Though its spaces are by definition residual and immaterial, it is residue that I want to call center; disembodied and irrelevant that I want to hold dear; murkiness and muteness that I want to resound. This, too, can have a political stake: a word is a sound to which we give meaning-filled boundaries. If we were to trace a shape around an invisible field of leftover particles and energy, let it be filled with all our ephemeral excesses, grief-stricken, displaced, tongue-tied, full of formidable size and strength, however vague. My truth is this, which the astronomers also knew: The world is blurry around the edges. When I’m looking intently at the page, there is always something in my peripheral vision, some dark shape I cannot shake.

Quotation by Philip is from “Politics, Erasure, and a ‘Sometimes Genuine Music’” conducted by Andrew David King in the Kenyon Review blog, Oct. 25, 2012.

Ending excerpt is from my essay “Dear Blank Space: A Literacy Narrative” in Entropy (Dec. 31, 2015).