Put some there there. Imagine the body.

Eileen Myles amidst the Poets & Critics

Three times a year Abigail Lang, Olivier Brossard and Vincent Broqua organize a two-day "Poets & Critics" symposium in Paris – during which they welcome a multinational and multilingual group of writers, scholars and artists to discuss the work of one English-language poet. The terrifying but exhilarating condition: the poet will also be there. The poet will talk back to you. You will talk back to the poet. Hopefully you will begin talking together.

The conversations ranged from the economy of writing poetry (how does one support, materially, one’s poetic labor?); the significance of light and color in Myles’ poems, and how this might vary between Marfa, NYC and Paris; how genre can be determined or defined by energy; the often overlooked influence of James Schuyler; what third-wave feminism means; what “home” means; why it’s funny to imagine oneself, raised in Arlington, MA, as a Kennedy; and of course Myles’ presence and participation in television, through Transparent.

I was struck by how much – and how insistently – physical presence determines Myles’ writing practice. As mentioned, different genres (essay, poem, novel) are determined by different kinds of energy; Myles’ short poetic lines accomodate the narrow notebooks she uses; and Myles’ emphasis on permission, which I eventually began to see as a kind of awareness, of how one makes oneself (either in performance or in text) a present and palpable body in the room, reconstituting the collective body.

In the essay “The End of New England,” in The Importance of Being Iceland, Myles writes:

I think of Rudy Vallee telling the young Frank Sinatra that his secret to singing was to put some dick in it.

On the symposium’s second day, after the 10 German artists and a few other participants had to return home, I decided to circulate a survey around the room. Inspired by Myles’ suggestion that we put some there there, I was curious about how the other participants saw their bodies in dialogue with the poetry we were reading and the discussions we were having together. How were we reading our bodies? How were we reading with our bodies?

I circulated the survey twice: first in the morning, while we actually were discussing the role of the body, and erotics, in reading and writing practices; then in the afternoon, while we engaged in a “close reading” of Myles’ poem “My Box” (you can hear her read it at PennSound). Myles also participated. I won’t tell you which of these she wrote, but I do love about her poetry that – whoever you are and however you identify – it makes space for you to feel this too.

MORNING: during general discussion
“How do you feel your body right now?”

my stomach is anxious, braided
pitted
at rest
washed out
vaguely familiar
distracted by the question
relaxed, why?
smooth!
vaguely similar and yet rushing with emotion & ideas but also tired!
pretty good
gazpacho + bread
dessicated
caffeine made physical
deranged
I would like to translate it
still waking, tense, warm
fatter than I’d like (always)
it’s the morning
in it / orange
doesn’t feel it really, mostly ridicule, wearing my biking shirt with a short skirt,
would like to move a little bit, vaguely
a bit tired & blurry, but also at ease
basically feeling the presence of breasts and hips

AFTERNOON: during a collective close-reading of “My Box”
“How do you feel your body right now?”

have to pee again. tingly buzzing up top.
white
same still
humming
I do
thinking it feels present, yet I’m completely still
warming under control
risen
fizzy
thingy, social playball, object (in a natural way), gravity
hot
pinking
invisible wiggles
a bit sleepy
it may contain traces of nuts
don’t
gathered
with my mind
misty
one in the room 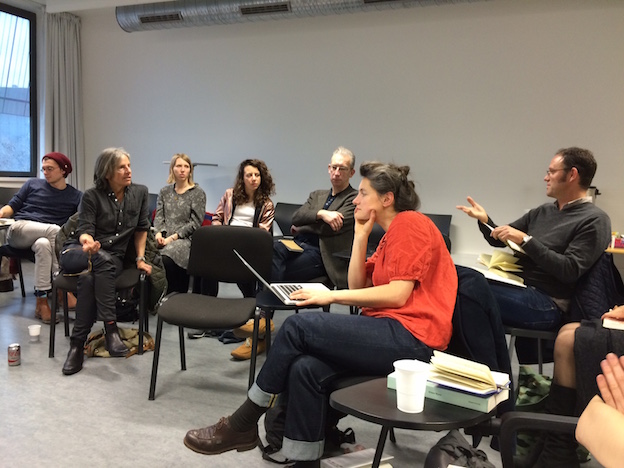 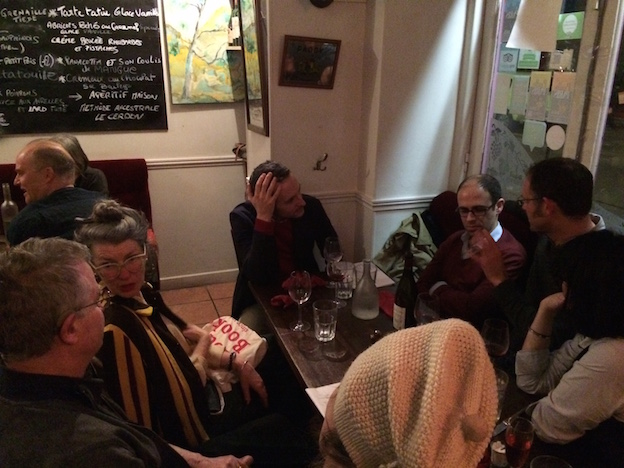 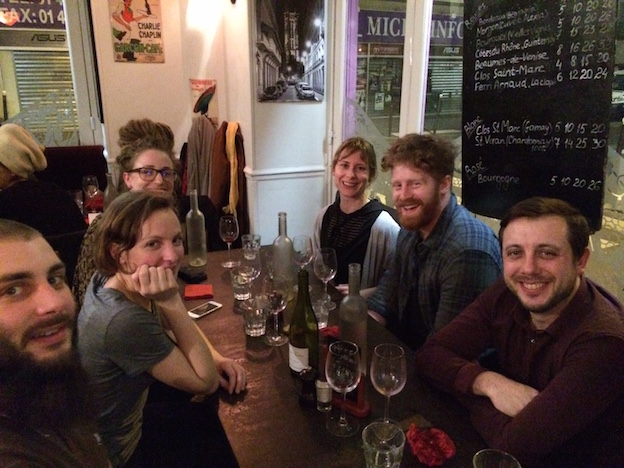 For not only do we touch our most profoundly creative source, but we do that which is female and self-affirming in the face of a racist, patriarchal, and anti-erotic society.

MIA YOU was born in Seoul, South Korea; grew up in Northern California; and currently lives in Utrecht, The Netherlands. She is the author of the chapbook Objective Practice (Achiote Press, 2007) and the full-length collection I, Too, Dislike It (1913 Press, forthcoming in 2016). While completing her PhD in English at UC Berkeley, she works as Central Editor at Poetry International Rotterdam. She is on the editorial board of Perdu, an experimental literary podium in Amsterdam, and co-founder/editor of A. BRADSTREET, a journal on poetry and motherhood.