Archives of an Irish avant-garde

Last week, still blinking in the sunshine in Cork, Lindsay and I met the poets James Cummins and Rachel Warriner (and their young son Walt) for coffee. Jimmy and Rachel have been at the center of the experimental poetry scene in Cork for over a decade. They've co-edited the small presses DEFAULT and RunAmok. And they've co-organized the influential SoundEye festival, founded by Trevor Joyce, Catriona Ryan, and Matthew Geden, which continues to feature an extaordinary line-up of contemporary poets. The very description of the festival reads as an alternative history of Irish poetry.

I'd come across Rachel and Jimmy's work—far later than I should have—in a recent special issue of Cordite Poetry Review, edited by Sophie Seita and Matthew Hall, on British and Irish poetry. A mutual friend, the poet and scholar Amy De'Ath, put us in contact. We talked together for an hour about the trend towards micro-periodization in contemporary poetry criticism; about US and UK poets they admired; and about the strains of Irish poetry that broke free of normative syntactical structures.

Jimmy encouraged me to check out one of the crucial sources for a history of the Irish avant-garde: Alex Davis's essay "Deferred Action: Irish Neo-Avant-Garde Poetry" from the second issue of the Journal (1999), edited by Catherine Walsh and Billy Mills. The issue also includes, under a section titled "Some American Poets," poems by Charles Bernstein, Cid Corman, Theodore Enslin, Peter Gizzi, Fanny Howe, Keith Waldrop, Rosmarie Waldrop, and Craig Watson. It begins with a long poem in French by Nicole Brossard. 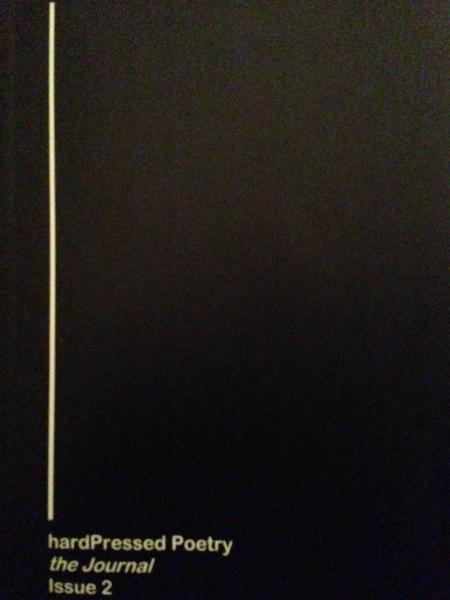 In Davis's essay, he identifies a problem that still feels palpable while reading Irish poetry in the US: "The critical feeding-frenzy that surrounded the Northern renaissance in Irish poetry during the 1970s and 1980s helped create a dominant image of the characteristic Irish poem: a Movement lyric fractured by the impact of political violence." Davis continues by outlining the complex and contradictory positions of an Irish avant-garde:

The trauma of this poetry is that, on the one hand, it cannot be domesticated as an Irish adjunct to a global (read: North American) neo-avant-garde; while, on the other, it obdurately refuses to conform to the dominant procedures of contemporary Irish poetry. It creates a "hole," as [Hal] Foster has it, in both homogenising narratives of a putatively global postmodernism and reductively national literary histories. Its "deferred action" forces a reader to re-think, to recode, what an Irish poetic modernism might mean in the late twentieth century.

At this point, Young Walt was throwing skeptical glances in my direction, and our bus was about to arrive, so we said goodbye. Later, I emailed to get a few more of their thoughts about the books they made together. That, along with a reading of Rachel's recent book Fine Lament, will be the subject of the next post.