Some notes from the festival

Last weekend was the seventh annual Mountains to Sea dlr Book Festival, in Dun Laoghaire, which is on the coast a short distance southeast of Dublin. The five-day festival, directed by Alice Lyons, had an extraordinary line-up, including readings by Paul Durcan, Maureen McLane, Tom Pickard, Nuala Ní Dhomhnaill, Peter Sirr, Kei Miller, Peter Fallon, and David Ferry (among many others). An exhibition in the library included animated films of poems (Darwish's "The Dice Player" stood out) and a carefully selected artists' book fair (the Douglas Hyde Gallery books were hard to pass up). Outside, the days were sunny. The weekending Dubliners were swimming, scubadiving, and jogging in jeans below and around James Joyce's Martello tower.

I don't intend this to be a review of the festival, but rather a quick sketch of a constellation of poems and themes. From the reading on Friday night, two poems got stuck in my head, repeating in alternation. The first was Maureen McLane's "Incarnation," and especially the lines

Years ago
I wanted to die

when you made me feel
we were fungible,
everything repeatable.

The second was Tom Pickard's "Hawthorn," which begins

The following night, David Ferry read poems from Bewilderment, including the devastating elegy, "That Now are Wild and Do Not Remember." He offered a definition of translation that sounded remarkably Poundian: "the great experience of translating is the experience of finding a voice for a while...that tells some truth about how the human voice sounds." And earlier that afternoon, I heard Nuala Ní Dhomhnaill read in Irish and in English to a captive audience. Ní Dhomhnaill threaded the notion of the muse—"being in the presence of anything that's outside the ego-envelope"—through much of her work, from "The Language Issue" to "You Are." In the process, she reappropriated many of the subgenres of lyric (most memorably, the landscape poem) for a feminist politics. This took the form of a grounded, biting humor and a distancing irony: as a woman and an Irish poet in the 1980s, "every time you went outside the door you caried the map of Ireland on your back." 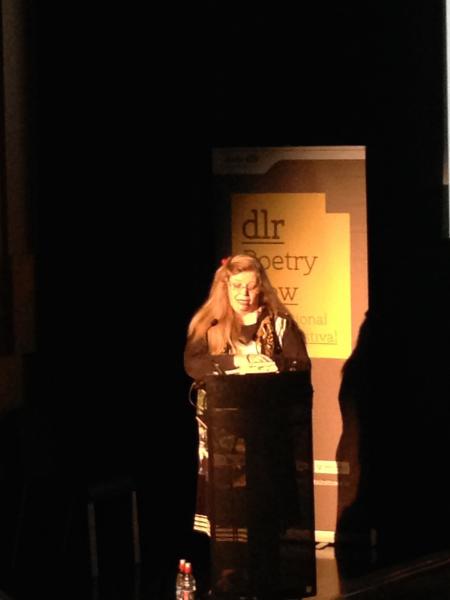 It is "You Are," however, that serves, for me, as a magnet-poem for the whole weekend, pulling together into one mass the filaments of bereavement and bewilderment, posthuman loneliness and loveliness, the poetics and politics of visibility, and a sharp, sudden exuberance: "spring, the sweet spring, was not sweet for us / nor winter neither." That poem ends with a vision of unbroken roads, emblems not of giddy travel, but of a solemn endurance:

Between us welled the ocean
waves of grief. Between us
the mountains were forbidding
and the roads long, with no turning.

At dawn the following day we left, and took the ferry from the opposite coast to Inis Meáin, arriving early in the afternoon. 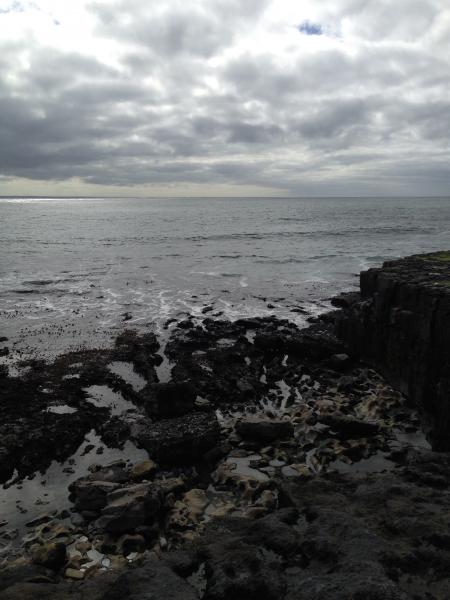